Data released this week showed among those 75 and older in Shelby County, more than four times as many Whites have been vaccinated compared to Blacks. 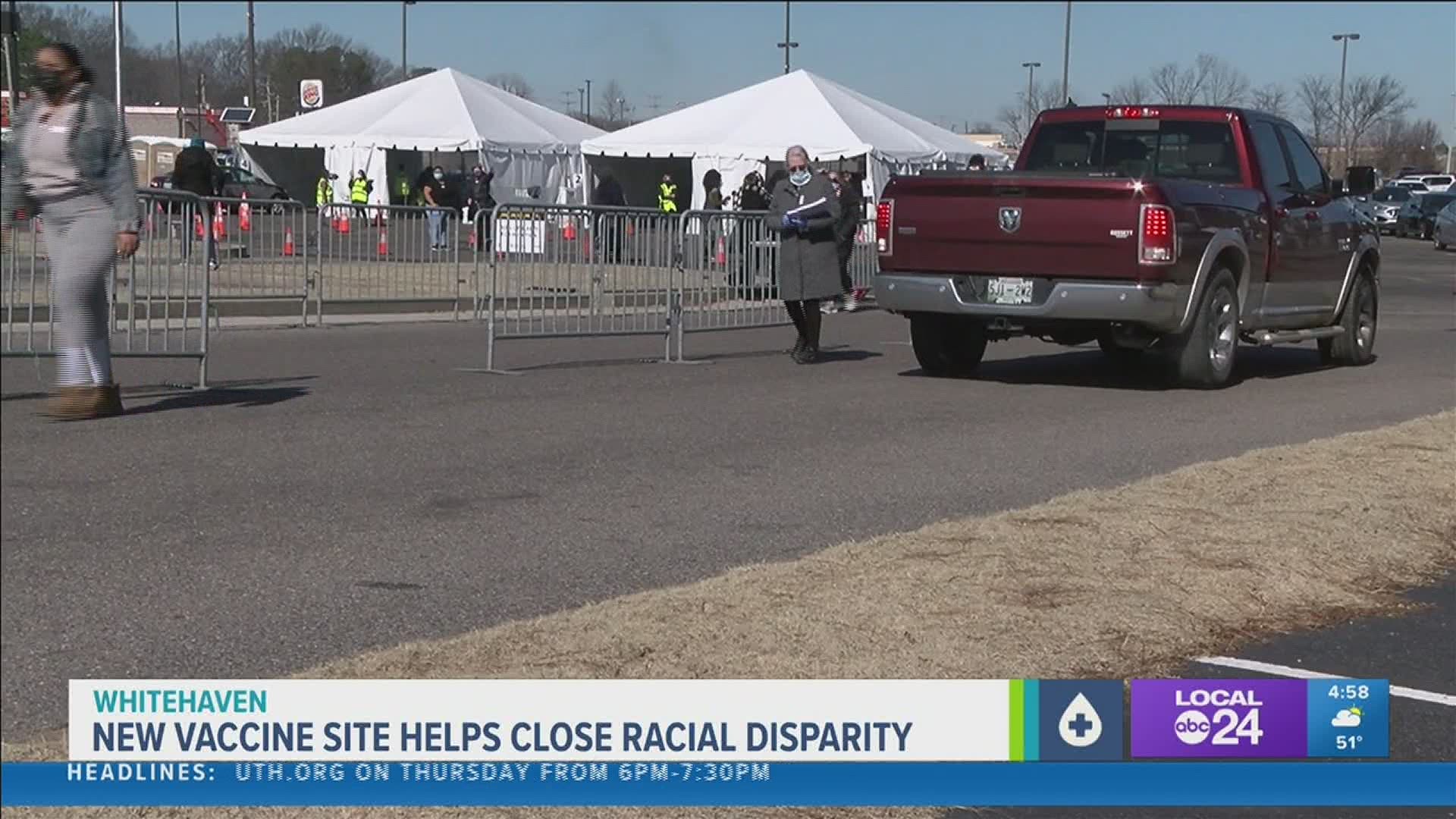 There's fresh relief for the 80-year-old, who on Friday became one of the first COVID-19 vaccine recipients at a newly opened Whitehaven site.

Last week, Matthews said he spent most of his day in line at the Pipkin Building, only to be turned away ten cars out.

The Shelby County Health Department is hopeful the Whitehaven site will narrow an early - but sizeable - racial disparity of seniors vaccinated.

While age expectancy and the 75 and older population differs in Shelby County, data this week showed more than four times as many Whites with vaccine shots in arms compared to Blacks in that age bracket.

"We need to meet our community and our patients where they are," Methodist Germantown Chief Medical Officer Dr. Cassandra Howard said.

The issue is personal for Dr. Howard. Monday night, she'll help moderate an online forum to educate African-Americans about the vaccine and advocate for it.

"We are bringing the vaccination to that community. They'll be trusted leaders in that community there to help encourage that event, so I think it's huge," Dr. Howard said.

To improve vaccine equity and access, in addition to mass vaccine sites like this one in Whitehaven, the Shelby County Health Department said the eventual goal is to available doses at community clinics, pharmacies, and doctor's offices.

Signs in both English & Spanish; Thursday I reported the health department outlined their concerns about racial disparities of those 75 and older to date, especially among Black & Latino communities. pic.twitter.com/0H3WG5w3xJ 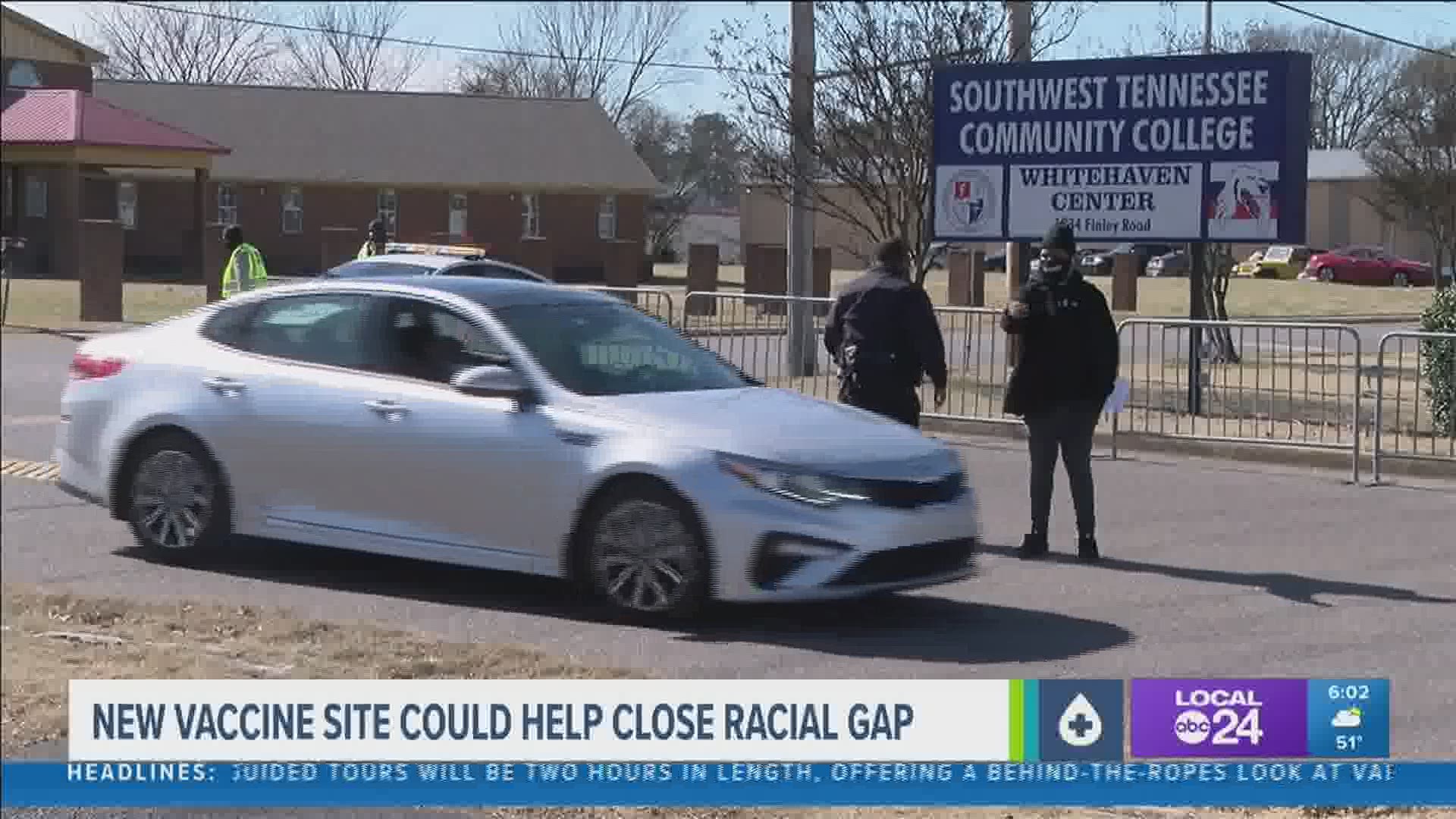