Was it time for Governor Tate Reeves to lift COVID-19 restrictions on businesses? Customers and owners weigh in 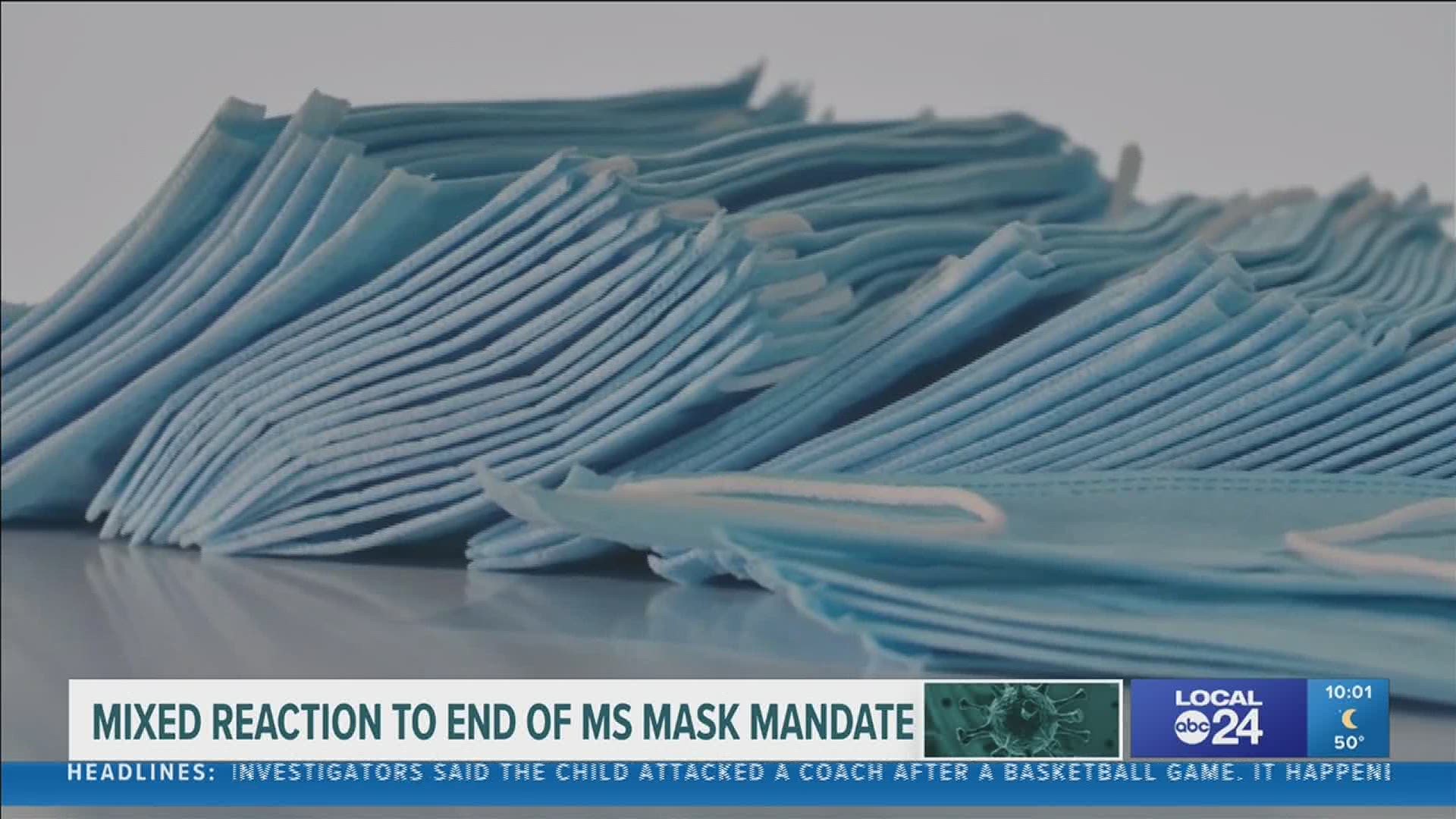 "President Biden said allowing Mississippians to decide how to protect themselves is 'neanderthal thinking," Reeves said. "As numbers drop, they can assess their choices and listen to experts. I guess I just think we should trust Americans, not insult them."

Reeves said the downward trend of cases and the growing number of people getting vaccinated is why he lifted the mask mandate, even though the state's health officer, Dr. Thomas Dobbs, pleaded with the public to wear them anyway.

"Executive orders that interfered with peoples’ lives were the worst, but the only possible, intervention for much of the last year," Reeves said. "Now, we are putting our focus towards rapid vaccine distribution. We are getting out of the business of telling people what they can and cannot do."

Starting tomorrow, we are lifting all of our county mask mandates and businesses will be able to operate at full capacity without any state-imposed rules. Our hospitalizations and case numbers have plummeted, and the vaccine is being rapidly distributed. It is time!

Small business owners, like Krista Scott of Buff City Soap in Southaven, feel the governor has tried to make informed decisions, even if they haven't always been popular.

"I know that Tate Reeves has really listened to business owners that are concerned, but also listened to medical experts to try and make educated decisions about what he feels is best," Scott said.

Although she could demand customers wear masks inside her store, she will adjust to the loosening of restrictions. For her part, Scott said she will keep wearing her mask and expected her employees to do the same.

"We are going to still encourage people to wear a mask, but we’re not going to ban them from the store if they don’t wear one," Scott said.

Should a #maskmandate be enforced for #Mississippi businesses?

Gov. @tatereeves lifted all state-imposed rules yesterday saying, "Our hospitalizations and case numbers have plummeted, and the vaccine is being rapidly distributed." @LocalMemphis

People, like Steve Aday, said it should be left up to the individual businesses to decide what they will require in their store. However, he believes respect should be maintained for whatever a business owner decides.

"Let them decide what it is instead of the government," Aday said.

People, like Annette Gordon, said there should be a mask mandate until all of this is over, but agrees the business should be the ones responsible for enforcing one.

"They’re irritating, can’t hardly breathe, but I still think that I got mine and I’m still going to wear it," Gordon said.

Some businesses in Mississippi, like Kroger and Target, will still require their customers and employees to wear masks. Local 24 News called several restaurants in DeSoto County and none of them plan to make customers wear masks.