Experts explain rise in tick population: 'Quite a number out there'

Weather, acorn crop, number of rodents all play a role in amount of ticks, according to the U of M School of Public Health. 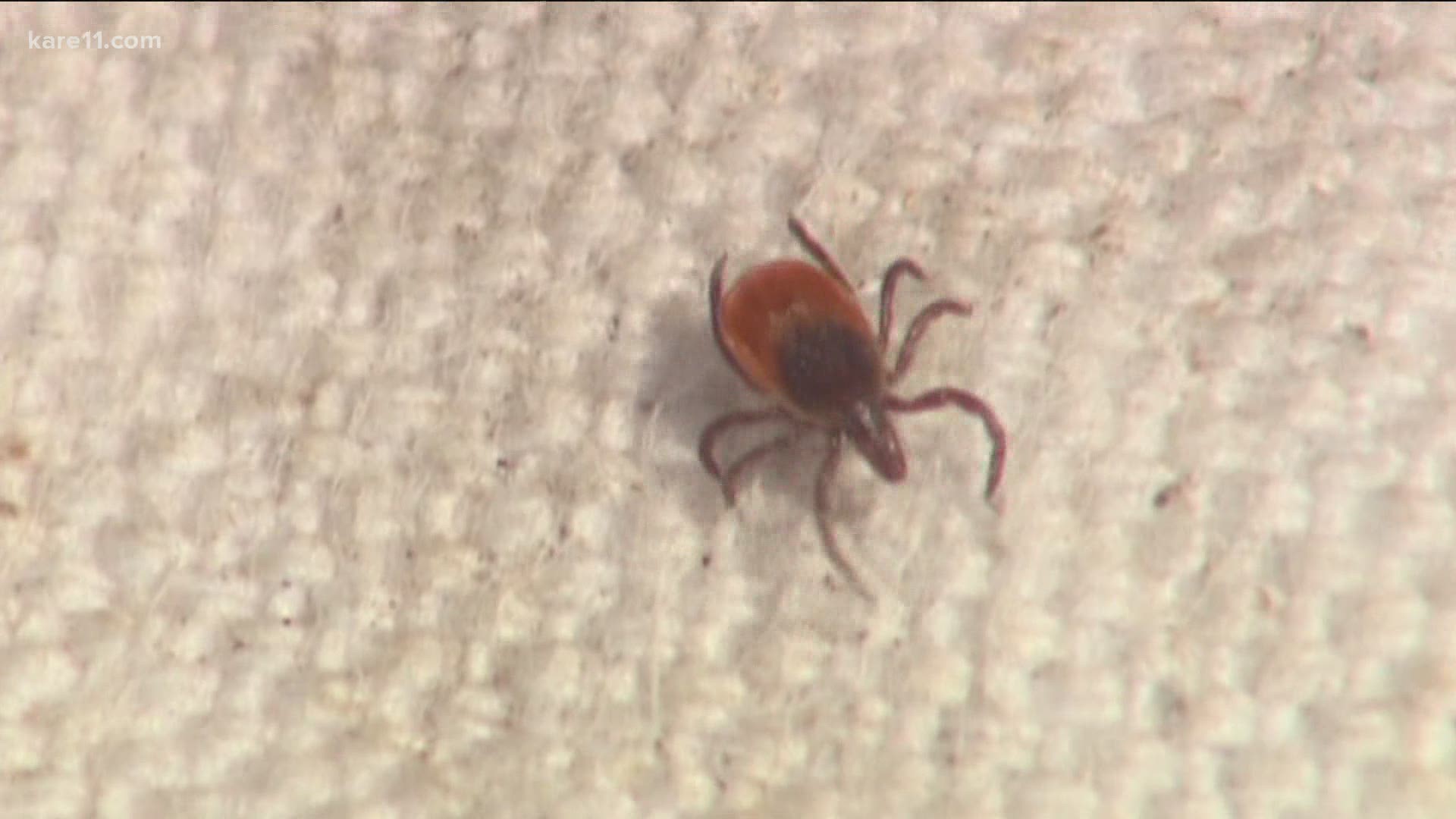 MAPLE PLAIN, Minn. — This is the start of the tick season and experts at the University of Minnesota School of Public Health say the mild winter and wet spring are leading to an increase.

Public health entomologist Jon Oliver says ticks hatch in clusters, so it's not uncommon to find more than one on you or your dog right now.

There are about 20 species of tick in Minnesota, including the deer tick that spreads Lyme disease. If it's attached to you for 24 hours, Oliver says your risk of contracting the disease is low, but the risk rapidly increases around 40 hours.

How a tick latches on is also fascinating.

"Their front hands look just like hooks and they hang out over the path and as we walk by, those hooks connect on to animals, us whatever it is and that's how they hitch a ride," explains Matt Ferguson with Rainbow Pest Experts.

Ticks live in shady, overgrown areas and will die if exposed to sunlight and short grass.

"A tick can't really survive in a manicured lawn," said Ferguson. "They'll desiccate, essentially like putting a human in the Mojave desert."

Oliver also conducted surveillance on ticks in the east metro back in March. He found 30 ticks in two hours. In other years, he said he normally wouldn't find any that early in the season. Oliver says that could also mean there was a large acorn crop which can lead to more rodents for ticks to feed on.

Deer ticks are easier to spot because of their reddish-brown body.

If you happen to find the parasite attached to your body, Ferguson says use a small tweezer to gently pull it out instead of rubbing alcohol or a hot match.

"A lot of that stuff can just stress the animal and instead of backing out, it might regurgitate and cause a worse issue," said Ferguson.

RELATED: VERIFY: Lyme disease symptoms can be mistaken for COVID-19