A federal judge on Tuesday blocked an Arkansas law banning nearly all abortions in the state while she hears a challenge to its constitutionality. 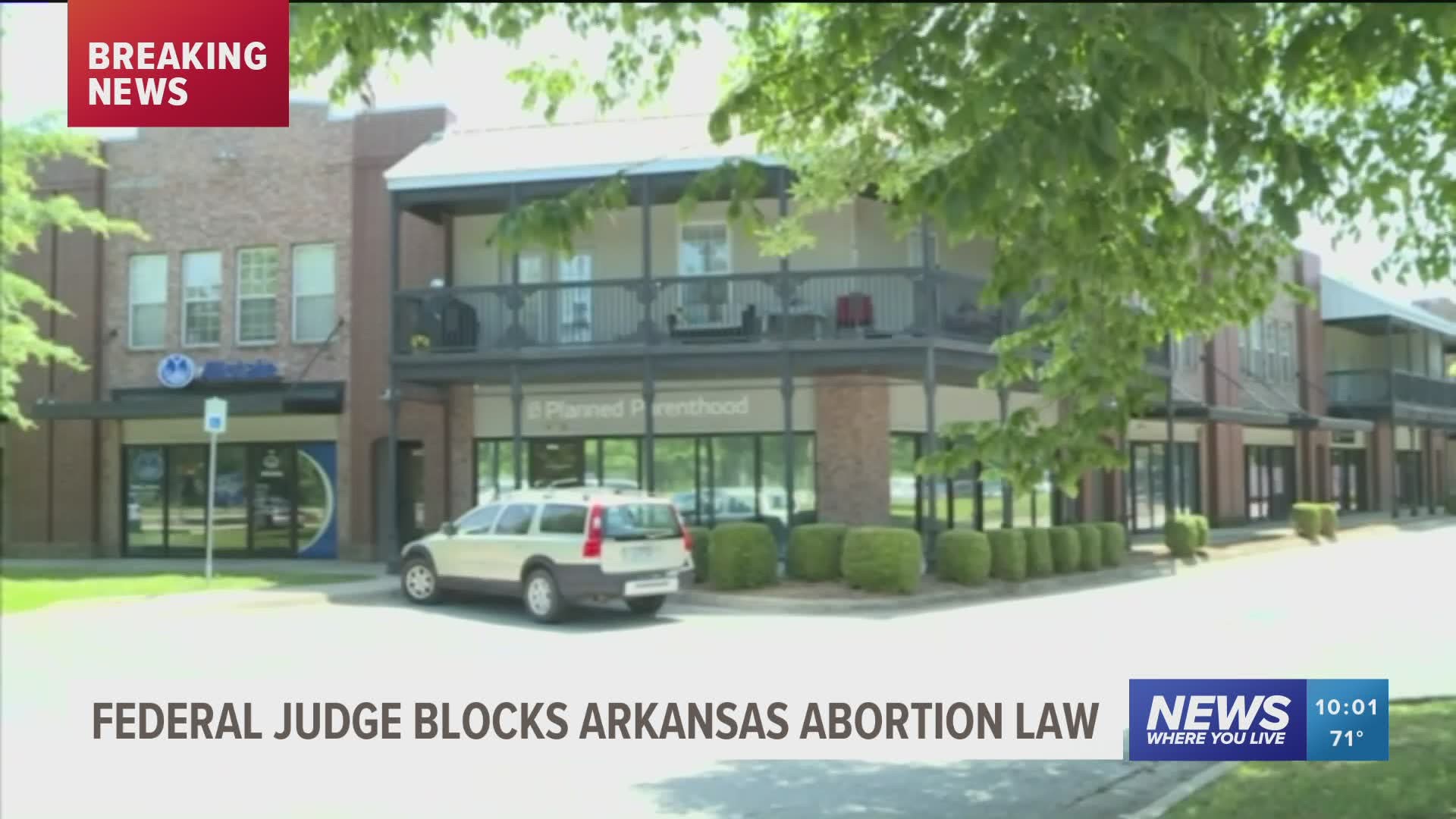 ARKANSAS, USA — A federal judge blocks Arkansas’s near-total abortion ban as she hears a challenge to its legality

On Tuesday (July 20), U.S. district judge Kristine Baker issued the preliminary injunction preventing enforcement of the law that was set to go into effect on July 28th.

“I’m very pleased with the decision. It was not unexpected as this was an unconstitutional law,” said Dr. Janet Cathy, a clinician with Planned Parenthood Great Plains.

However, some are calling the federal block unconstitutional.

“It’s a crime in kids to humanity,” said Sen. Jason Rapert (R.) RAPERT says it’s an overstep in boundaries by a federal court over local states’ rights. “One federal judge believes that she knows better than 3 million people in the state of Arkansas,” Sen. Rapert continued.

However, Dr. Cathy says this law being blocked is a relief and a step in the right direction.

“This is another win,” Dr. Cathy said. “This is just another win in a 50-year battle that we’ve been fighting,” she continued saying. Calling the Arkansas abortion ban “extremely harmful, “especially towards women. “If they cannot control when they’re going to reproduce, they have absolutely no control over any other aspect of their life.”

Senator Rapert, not seeing it that way. Calling abortion “murder.”

“Anybody that would celebrate death is absolutely dangerous.”

In fact, he says he’s willing to take this issue to the supreme court. “Until we abolish abortion in this nation I will not stop,” said Sen. Rapert.

Dr. Cathy is acknowledging the long fight ahead. “Know this will not end the fight with these people,” said Dr. Cathy. “Our voices will continue to be heard that we are not going to take separate these decisions,” Dr. Cathy continued.

The topic of abortion has been a controversial topic in our state for years. This year alone. Arkansas passed 20 restrictions against abortion.

The original bill signed into law in March did leave some exceptions for abortions. It would only be allowed in cases where it’s necessary to save the life or preserve the health of the mother or fetus. The law does not allow any exceptions in situations of rape or incest.