It is a chilling thought to know that there are some illnesses in which people may not have symptoms at all. That was the case for one third grader in Memphis. ... 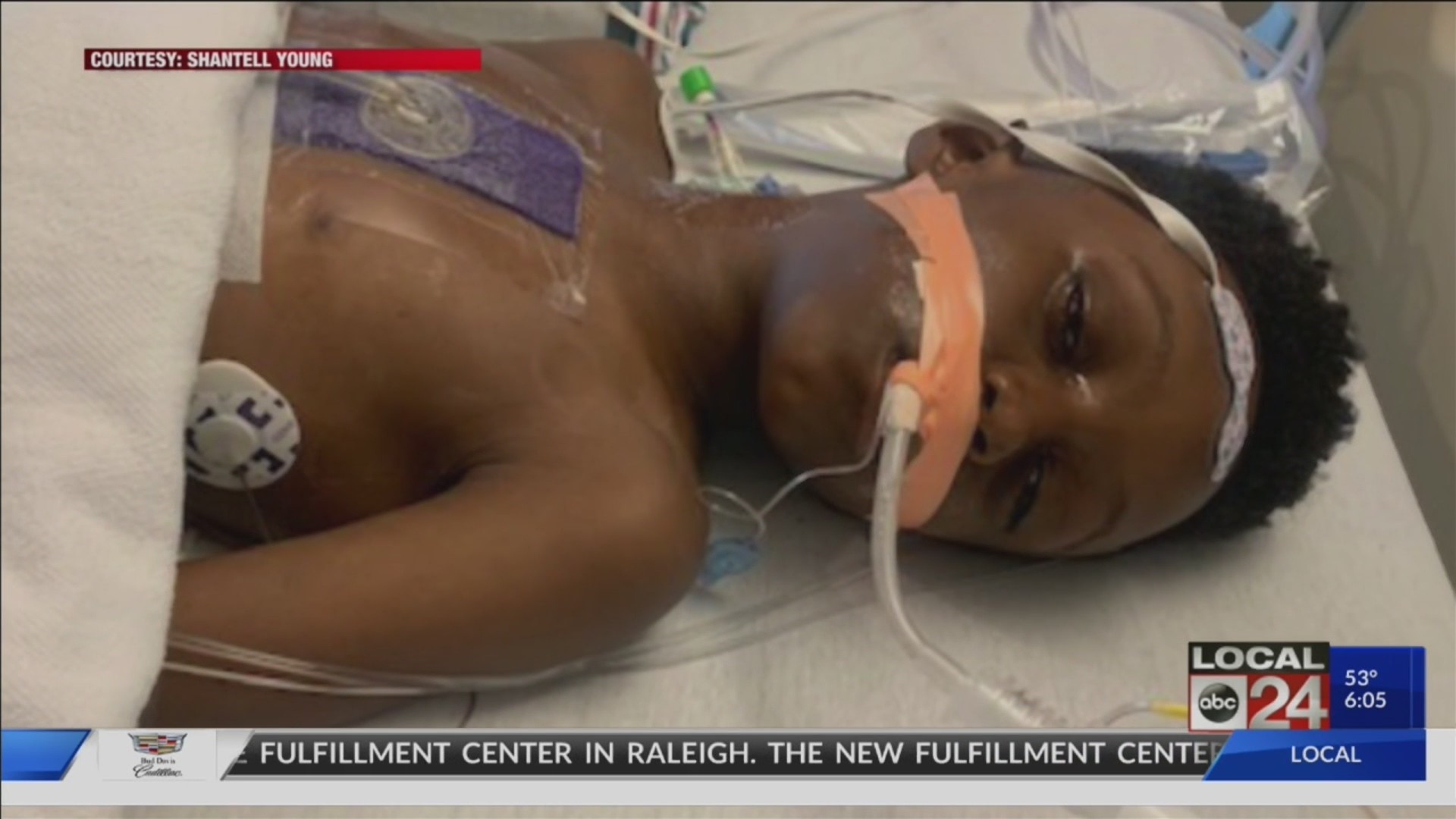 MEMPHIS, Tenn. (localmemphis.com) – It is a chilling thought to know that there are some illnesses in which people may not have symptoms at all. That was the case for one third grader in Memphis. It was an in-school physical that made all the difference.

If a smile is any sign of a big heart, 8-year-old Shaheem Young’s got it.

Shaheem took a picture right after his last basketball practice. His mom, Shantell Young, had just taken him to get a physical in September.

“Nothing was found. Everything was fine,” said Young.

To be on the safe side, Shantell agreed for the Well Child program to do an in-school physical.

“Shaheem’s came back and it detected a heart murmur,” said Shantell.

After following up with doctors, the family learned Shaheem’s condition was even more serious. Doctors found Shaheem’s left aortic valve in his heart was criss-crossed, making it hard to pump oxygen to his heart.

“I know it just didn’t up and cross itself out of the blue, so I’m guessing that it was something that he probably had for a while, but it was never caught,” said Shantell.

“We’ve actually identified students who were diabetic, students who were anemic,” said Yolanda Davis, Well Child Chief of Staff. “They may be a-symptomatic. No one even knows that they have any kind of health issues.”

“I’m just a kid, so I really didn’t know what was going on,” said Shaheem.

“When I was at the hospital. I was still kind of sore and couldn’t walk,” said Shaheem.

Now Shaheem is doing much better.

“We’re so fortunate. We feel so honored to be a part of his testimony,” said Davis.

“They saved his life,” said Shantell. “He’s like a little angel.”

He is an angel with dreams of helping others.

“I want to be a police officer because I want to do something good for the city,” said Shaheem.

He can’t get back to playing basketball yet. He has to undergo a stress test at the end of the year. Well Child staff wants to urge parents to give consent to in-school physicals, but it could help find health conditions that have not been diagnosed.