“This is a very important topic especially in the surgical world with regards to disparities in health care,” said Dr. Stephen Behrman, Baptist Memorial Hospital. 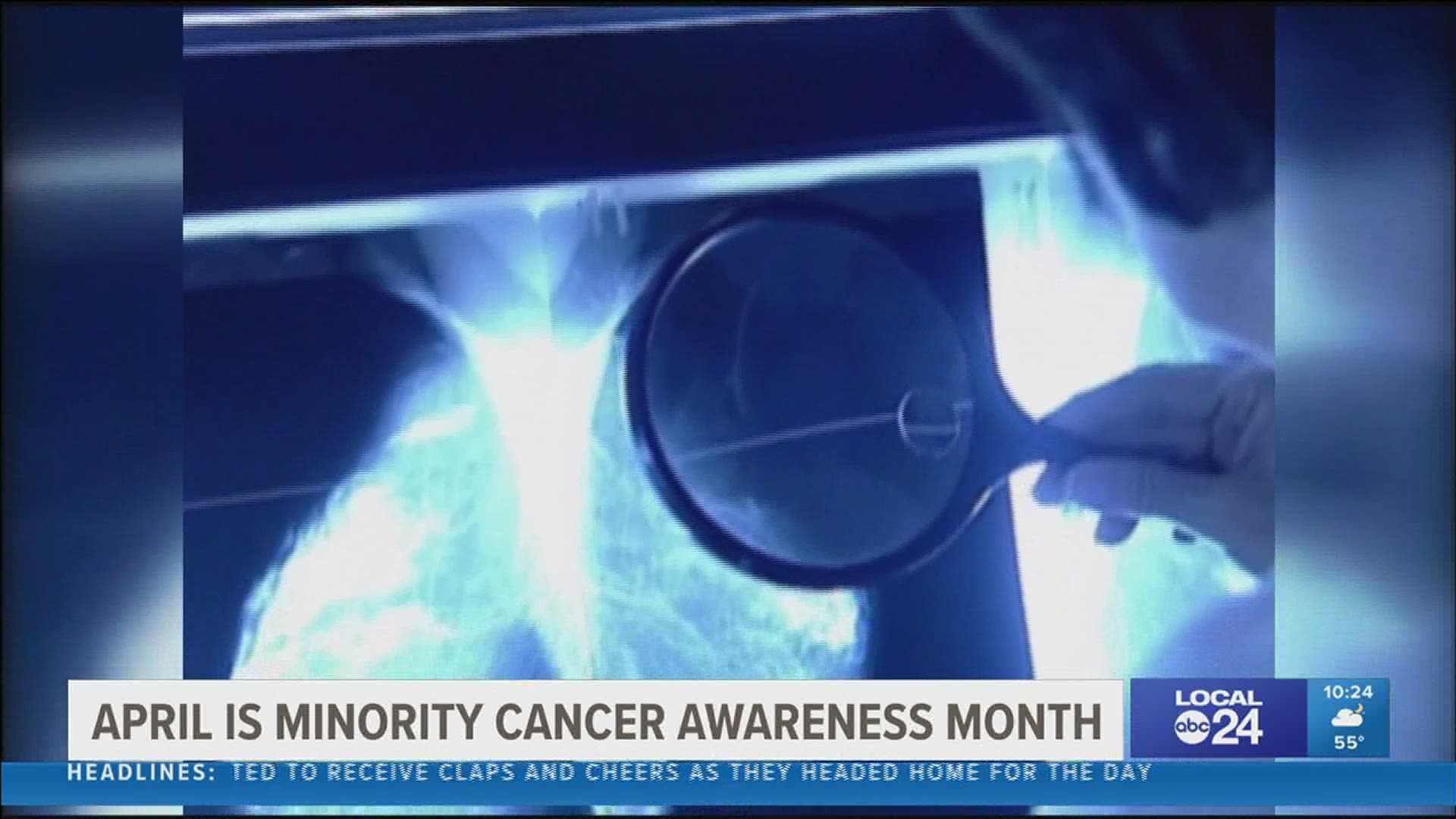 MEMPHIS, Tenn. — Many argue racism is a public health crisis. In fact, Tennessee's state legislature just placed a bill in summer study declaring just that. Local 24 News reporter Brittani Moncrease takes a look at the racial disparities when it comes to cancer in minority communities.

April is Minority Cancer Awareness Month. While there are many forms of cancer, the diagnoses and survival rate in minority communities are largely different than that of white communities.

“It’s almost like it’s a silent killer and nobody talks about it,” said Annette Wiggins, Olive Branch resident.

Wiggins is referring to pancreatic cancer. She is a survivor.

“Oh, we give our praises to God,” said Wiggins.

Her diagnosis, treatment, and now survival have been used to help others. She started "Each One Teach One" raising awareness in minority communities.

“Our race doesn’t really know a lot about the things that we go through and health issues. We’re always the last ones to know. I just thought that was so wrong. I thought that God delivered me, so I could help someone else with this same thing,” said Wiggins.

From lung cancer, breast cancer to pancreatic cancer, most numbers are significantly disproportionate in minority communities.

“This is a very important topic especially in the surgical world with regards to disparities in health care,” said Dr. Stephen Behrman, Baptist Memorial Hospital's Chair of Surgery.

Dr. Behrman is also Wiggins' doctor. He said there are several reasons for this disparity.

“I think there are environmental reasons for that. Certainly, a lot of underserved populations live in areas where there’s more chemical exposures,” said Dr. Behrman. “There’s also likely socioeconomic factors as well, the impede access to the medical system.”

There is also a lack of trust.

“In underserved communities, I think there’s often times a hesitancy to seek medical care until patients are really sick,” said Dr. Behrman. “Awareness is probably one of the biggest hurdles that we have.”

There are large health disparities when it comes to minority communities. We're ringing the alarm on cancer. April is Minority Cancer Awareness Month.

That is why April is Minority Cancer Awareness month. Both Wiggins and Behrman, patient and doctor, have teamed up to turn what is silent loud.

“When someone with cancer does access a healthcare system where those cancers are dealt with on a frequent basis, those health care disparities disappear,” said Dr. Behrman.

“All sickness is not unto death. As you live and breathe, you just want to make a difference. If I can help one somebody as I travel this way, then I know my living has not been in vain,” said Wiggins.