Many athletes in the month of October wear pink for breast cancer awareness. Members of the East High School girls soccer team didn’t have pink jerseys, b... 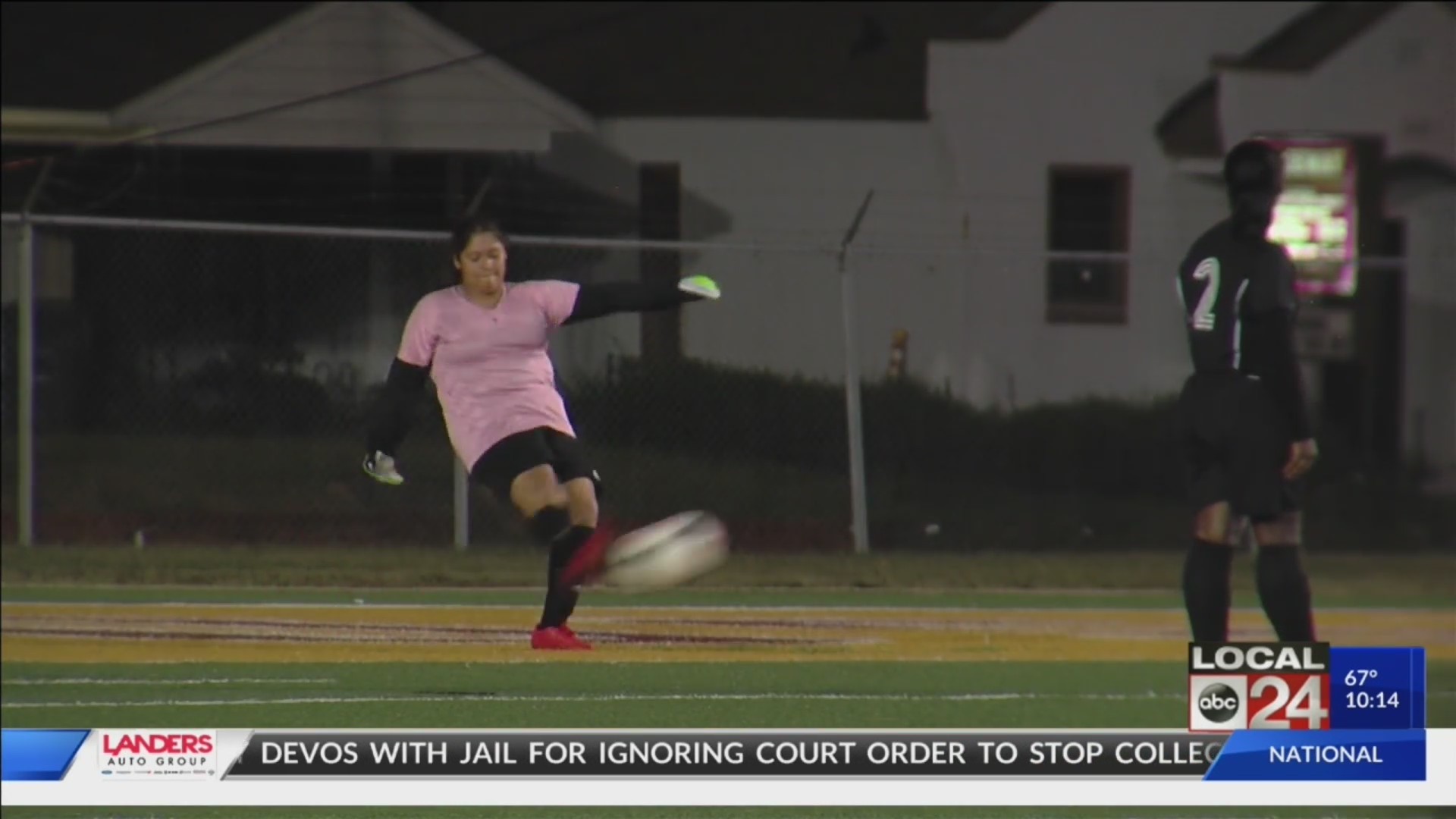 MEMPHIS, Tenn. (localmemphis.com) – Many athletes in the month of October wear pink for breast cancer awareness. Members of the East High School girls soccer team didn’t have pink jerseys, but they said the cause goes beyond the color pink.

Mariah Davis is a member of the varsity soccer team, and she lost her great-aunt to breast cancer. She said breast cancer should be discussed by all ages and year-round.

“Young women, we should know what’s happening to other women around the world,” Davis said.

She said she was thankful that her great-aunt fought until the end. Her mother was very close to Davis’ great-aunt, so it greatly impacted their whole family.

“Don’t give up because there are people that care about this and that want to find cures for it, so just stay in there and be strong,” Davis said.

She understands, even at an age when she shouldn’t have to worry about breast cancer, the impact it has on everyone around her. Being a young woman, she feels her way of bringing attention to the cause is having a discussion about it.

“I think we should talk about this all the time,” Davis said. “One month just isn’t enough there are people suffering all year-round.”

Davis said her team didn’t need to wear pink to show their support. This cause goes beyond the color and the annual festivities.

“Even though we’re not wearing pink tonight, we still –in our hearts– want to fight for this,” Davis said.

Nichole Yarbrough, girls soccer coach for East High School, said she wants the women in her life to know they are supported, especially through the battles that breast cancer brings. Her great-grandmother was a survivor of breast cancer, but lost her breasts during her battle.

Yarbrough said women battling breast cancer should feel the love of those around them. She said support to these women and understanding of the disease beyond the month of October is important.

“The slogans are always ‘save the tatas’ and it’s more about saving the woman herself,” Yarbrough said.

Yarbrough said she hopes finding a cure and supporting these women will make their battle a little less difficult.

“It’s beyond just recognizing pink, it’s beyond just wearing a cute little bow, or just having this big march,” Yarbrough said. “It’s about what are we going to do to make sure women don’t have to go through this any longer.”