MEMPHIS, Tenn. (localmemphis.com) – What if going for a routine dental checkup meant a visit to the beach?  It’s exactly what Dr. Mark Whitlock... 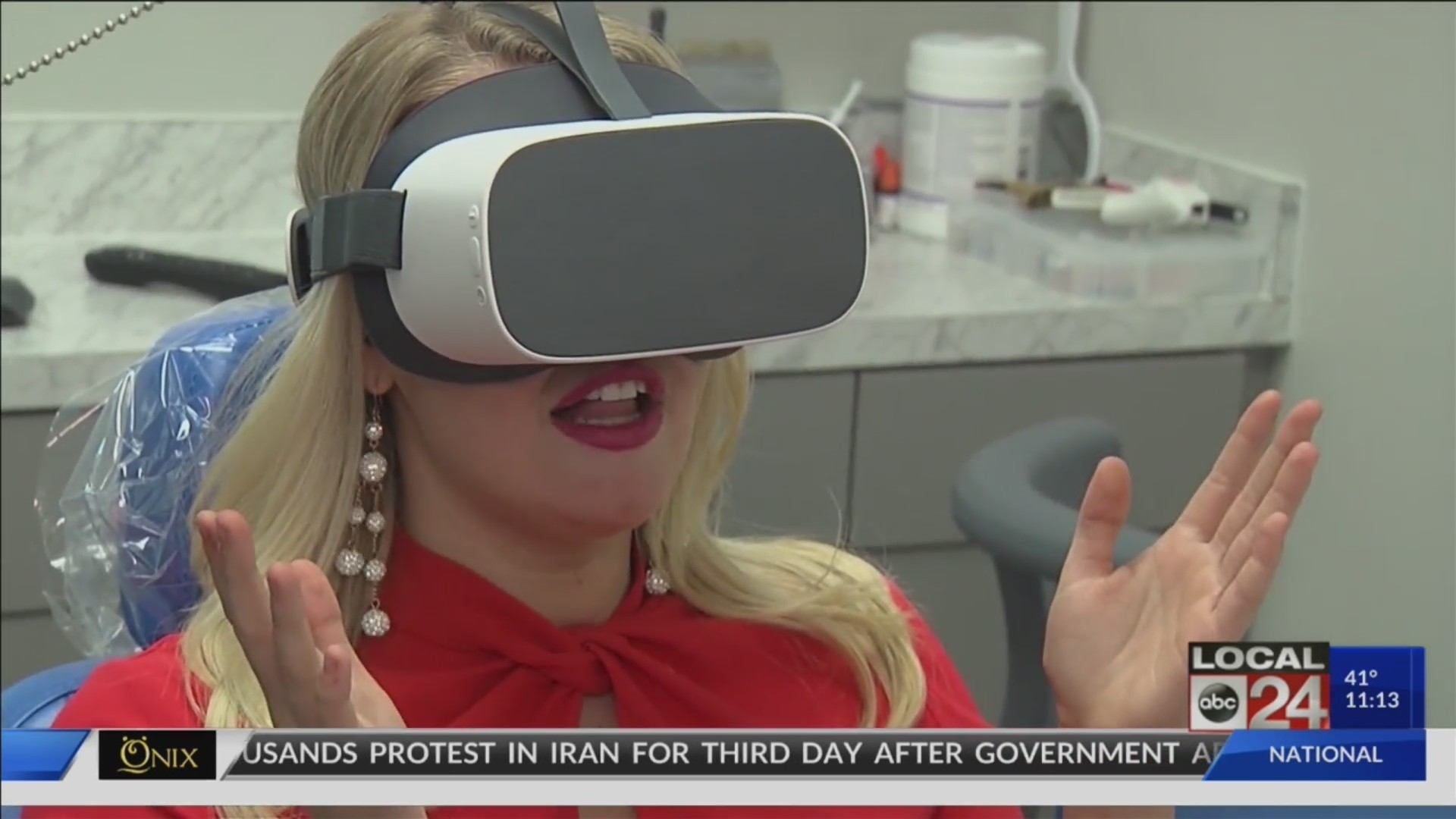 MEMPHIS, Tenn. (localmemphis.com) – What if going for a routinedental checkup meant a visit to the beach?

It’s exactly what Dr. Mark Whitlock is doing for hispatients.

Dr. Whitlock said, “It puts you in a space where you are notin a dental chair.”

He’s talking about virtual reality. He uses VR goggles on hispatients, something he calls “digital nitrous.”

He said, “The dental chair is one of the most uncomfortableplaces to be as a patient because they’re so close to you.”

Because of the discomfort of some of the procedures and exams, heoften uses nitrous oxide, which is also known as laughing gas, and other drugsto calm his patients – until now.

He said, “From teeth cleaning, to root canal, to implantprocedures,” he uses VR to allow patients for all types of visits toescape from the dentist’s chair.

“All of the sights and scenes you see are all stationary, andyou don’t see the things you don’t want to see in a dental office,”Whitlock said.

We at Local 24 News wanted to see if the VR experience really madethe difference, so Good Day Memphis anchor Kelsie Cairns went in for a cleaninga-la digital nitrous.

She said, “Once Dr. whitlock gave me my goggles, it was aworld tour in just under 30 minutes. It went by much faster than I thought itwould. It was really relaxing.”

Whitlock said, “We have patients that come in now that, if wedon’t have the VR ready and charged, then they’re going to have toreschedule.”

He says when he first got the VR system, he tested it out on 60 ofhis patients. Here’s what he found: “More than half of them after a fewminutes of watching, either fell asleep or didn’t even realize that I wasworking on them,” he said.