He provides cryotherapy treatments at his facility in East Memphis. He says it was designed by the Japanese in the 1970s to alleviate rheumatoid arthritis by ex... 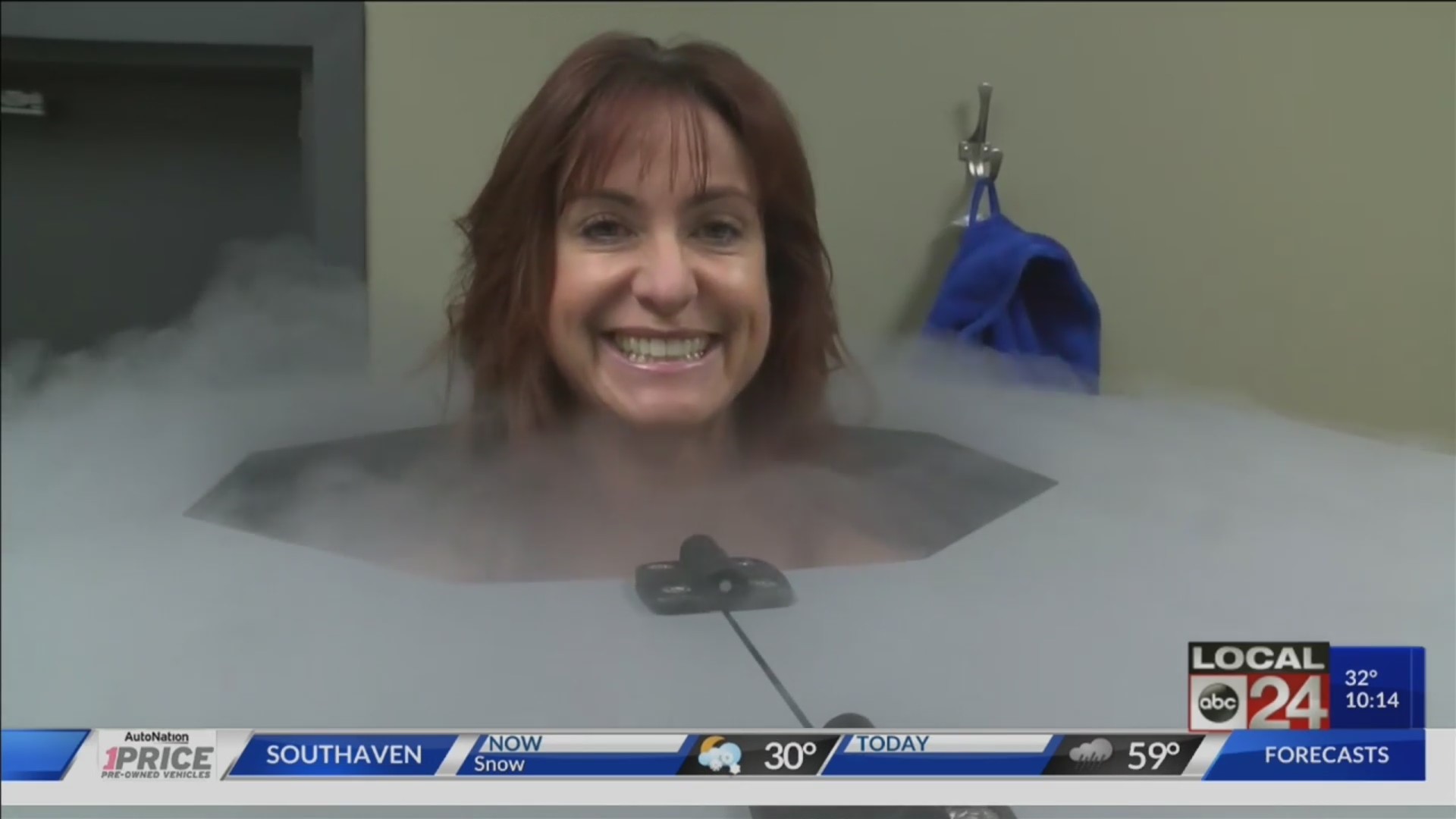 MEMPHIS, Tenn. (localmemphis.com) – “Thescience behind it is that we expose your body to ultra-low temperatures usingnitrogen,” said Alejandro Velasquez.

He providescryotherapy treatments at his facility in East Memphis. He says it was designedby the Japanese in the 1970s to alleviate rheumatoid arthritis by exposing thebody to negative 200 plus degrees Fahrenheit for small increments of time.

Ever since,healthcare professionals and specialists have found new uses for the treatmentto improve the body’s performance and, for many athletes, recovery time.

Velasquez said,“Not only is it for athletes, or people training, but it is also forpeople who have arthritis or chronic back pain.”

In fact, in onesession, you can burn between 500 and 800 calories in just three minutes.

She said, “I wasonly in the chamber for three minutes, but it felt so much longer! When mysession was over, I felt this sudden burst of energy and warmth in my core.”

But, Cryotherapydoes more than just make you feel good. There are very real uses for it inthe medical world.

Dr. Eric Johnsonsaid, “We use cryotherapy for atrial fibrillation.”

He’s anelectrophysiologist with Stern Cardiovascular in Germantown. He uses cryo totreat atrial fibrillation, or “a-fib.” That’s when someone has anirregular heartbeat. The irregular beat puts a person at a higher risk forstroke or heart failure.

He uses a cryo-balloon catheter to freeze the “bad stuff” out of pulmonary veins.

“We ablateor destroy that tissue around the veins so the electrical signal can’t get outand cause that atrial fibrillation,” he said.

She said,“It releases pain almost immediately and I feel so much better the nextday.”

But before youhop in the tank, consider this: The US FDA says there is no real evidence thatthe whole body treatments actually prevent pain or treat serious illness, andtreatments can put you at risk for asphyxiation from nitrogen exposure, oxygendeficiency and, the obvious, frostbite.

If you’re stilllooking to seriously cool off, a session will cost you $50.