Mac Holmes was diagnosed with breast cancer in 2012. In his nearly a decade fight, he and his wife, Robin, want to advocate for more research to find a cure for... 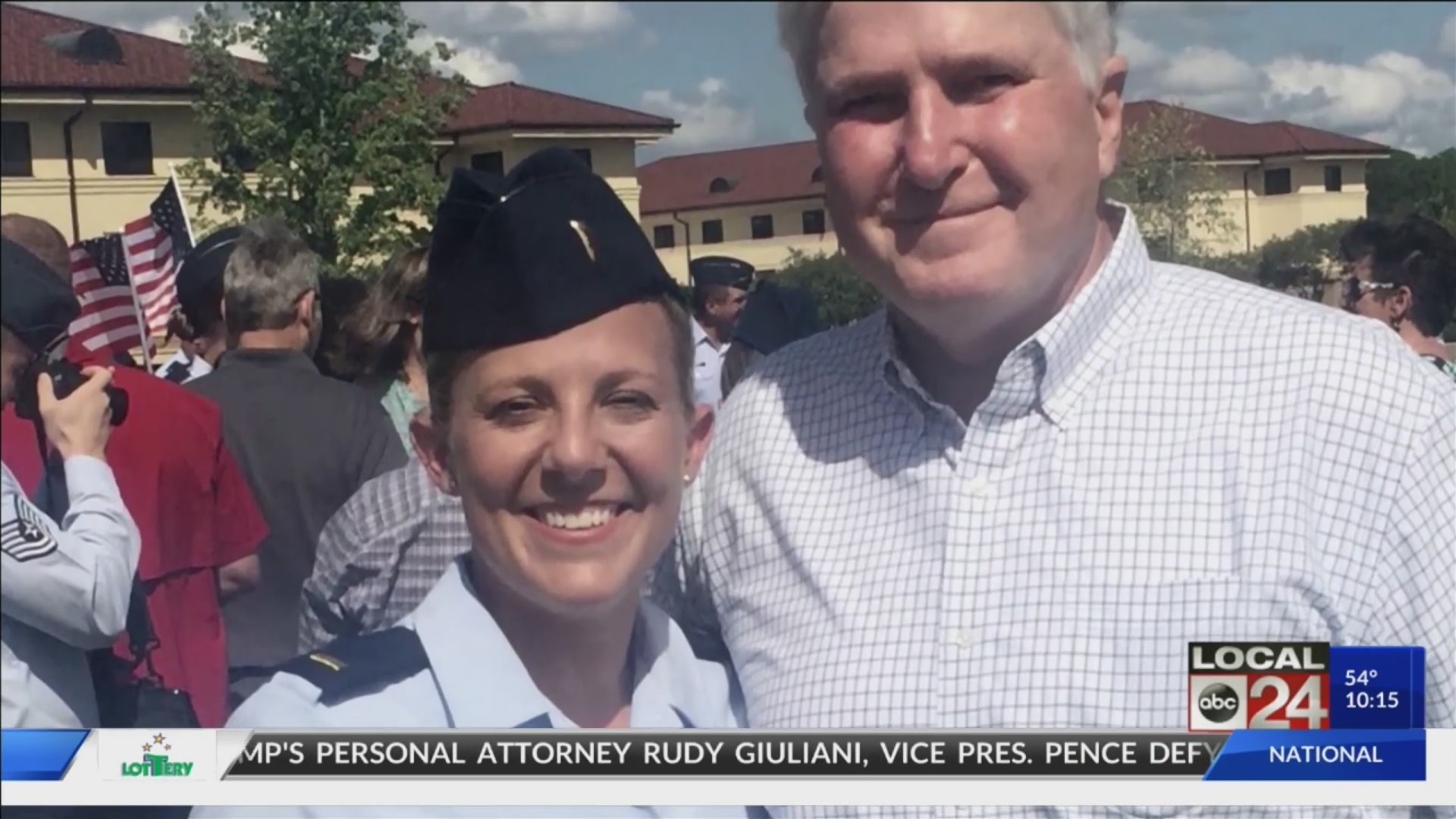 GERMANTOWN, Tenn. (localmemphis.com) – Mac Holmes was diagnosed with breast cancer in 2012. In his nearly a decade fight, he and his wife, Robin, want to advocate for more research to find a cure for metastatic breast cancer.

More than 42,000 people, mostly women, will die from breast cancer yearly. Mac and Robin Holmes said their world was rocked when they learned Mac’s diagnosis.

Mac is a retired FedEx pilot and served 28 years in the Air Force. So, his natural instinct was to fight the cancer, but he learned it was not going to be an easy one.

He wants other men to be aware that breast cancer is a reality for men too.

“Let me tell you this. Your doctor comes in and says ‘Mac, there’s no cure for it now. It’s metastatic.'” Mac said.

Mac’s metastatic breast cancer means it has spread beyond his breasts, and it’s terminal. Dr. Kurt Tauer, oncologist at West Cancer Center, has been treating Mac through his cancer. He said breast cancer in men is rare, but he still sees around four cases of it in men a year.

“Mr. Holmes’ cancer started in his breast, but even before he had his surgery some of those cells had broken loose and had gotten into his bloodstream and traveled to other parts of his body,” Dr. Tauer said.

Robin Holmes has dedicated herself to educating herself and others about metastatic breast cancer, its treatments, prevention, and research. She said she was shocked when she found out her husband had breast cancer.

“It was disbelief,” Robin said. “You’re thrown into a situation you’re not familiar with and trying to make good decisions and you’re learning a lot.”

She has attended conferences and rallies across the country to learn more about this disease. The struggle, in some instances, is making breast cancer campaigns more inclusive for the men it affects.

“Because of what metastatic community has done and in every campaign they try to include a man,” Robin said.

Robin said funding for research, especially for metastatic breast cancer, is critical. Despite her dedication and hope to finding a cure, the reality of her husband’s illness is still difficult.

“I can’t imagine my life without you,” Robin said. “I don’t want to imagine it without him.”

The loss of friends made through breast cancer support groups and organizations has been one of the toughest parts of this battle. Mac said he has lost friends of all ages to breast cancer, and it’s a harsh reality until a cure is found.

“When you lose friends like I’ve been losing, it’s unfair and not right and that goes on each and every day.” Mac said.