Treatment to detoxify your body could also lighten your skin

If you have been on social media or cruising the internet you have likely seen posts about detoxifying your body with glutathione. Your body produces some natur... 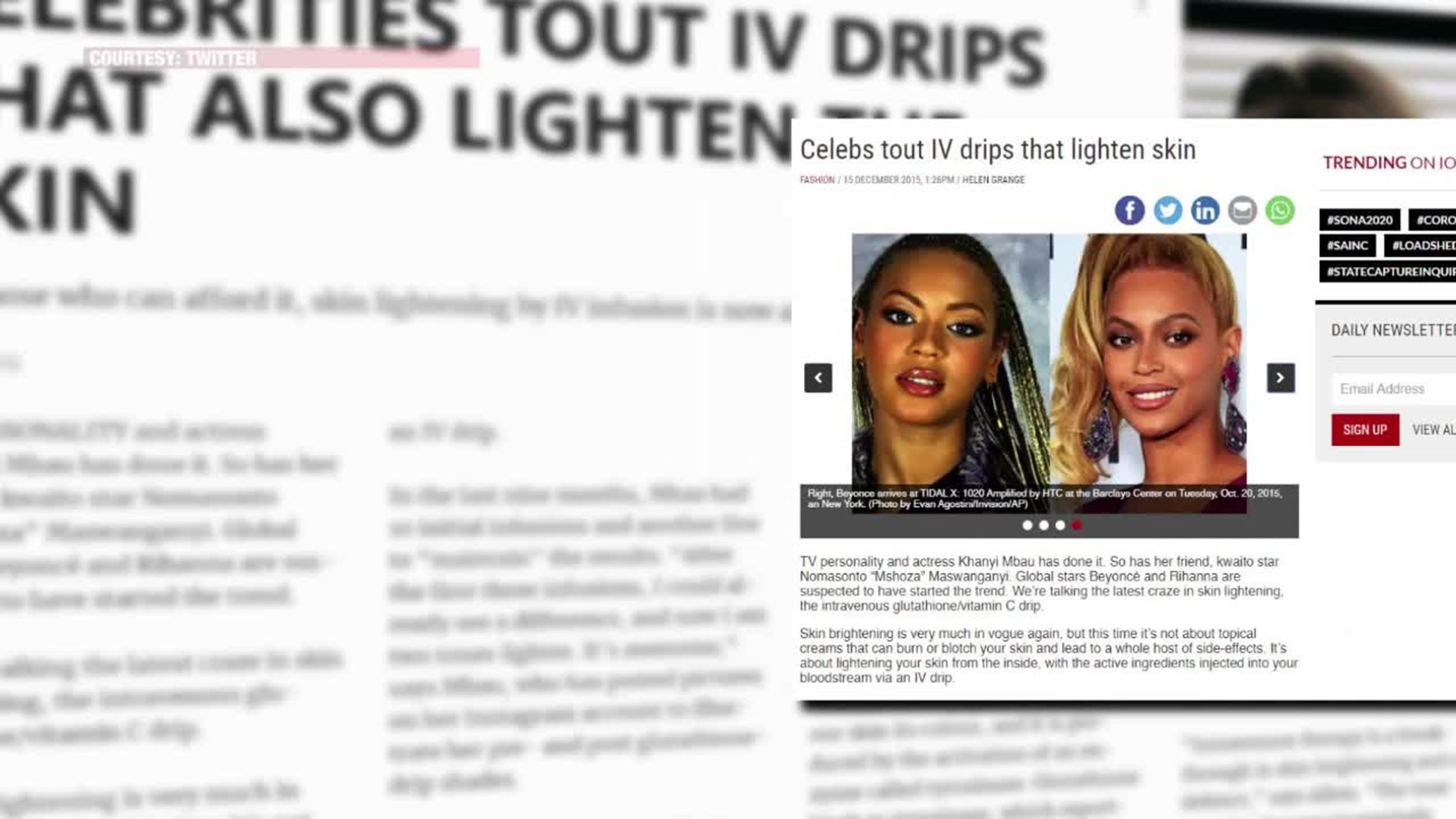 MEMPHIS, Tenn. (localmemphis.com) – If you have been on social media or cruising the internet you have likely seen posts about detoxifying your body with glutathione. Your body produces some naturally, but it can also be taken as a high dose supplement. The treatments are growing in popularity.

So does it work? Is it safe?

You’ll find online claims that Hollywood celebrities like Beyonce and Rhianna use it. You’ll find endless posts from everyday people raving about its results.

About once a month, Richey comes here to ProHealth Wellness Clinic in East Memphis to get an IV drip of glutathione.

“For me, I need a lot of help with my thyroid and I had lyme disease a few years ago,” said Richey.

“I try to stay as clean as possible and detoxed as possible so it helps a lot with the detoxing through my body to keep it cleansed at an optimal rate,” said Richey.

One side effect reported by many users is that it lightens their skin.

“I had sun spots here that I don’t have anymore,” said Richey.

Richey says a tattoo around her finger has faded significantly since beginning the treatments a year ago.

“It’s slowly lightening up more and more each time I come in,” said Richey.

Estes Folk, owner of ProHealth Wellness Clinic, says it’s split about 50/50 when it comes to why customers get the treatment.

While many people praise IV glutathione, others say there is no proof the treatments accomplish anything, saying there could even be dangers.

Her advice: “I would always recommend to my clients and the public do your research find out the pros and the cons and definitely speak with your medical professional or dermatologist to make sure you are making the safest choice for yourself,” said Saulsbury.

So, what do doctors have to say? Thursday, February 13th, during Local 24 News at 10, we talk to a leading dermatologist. He has a warning for people using this treatment to lighten their skin.