Aducanumab is the first FDA-approved drug of its kind in almost 20 years of research that could change the course of the heartbreaking disease. 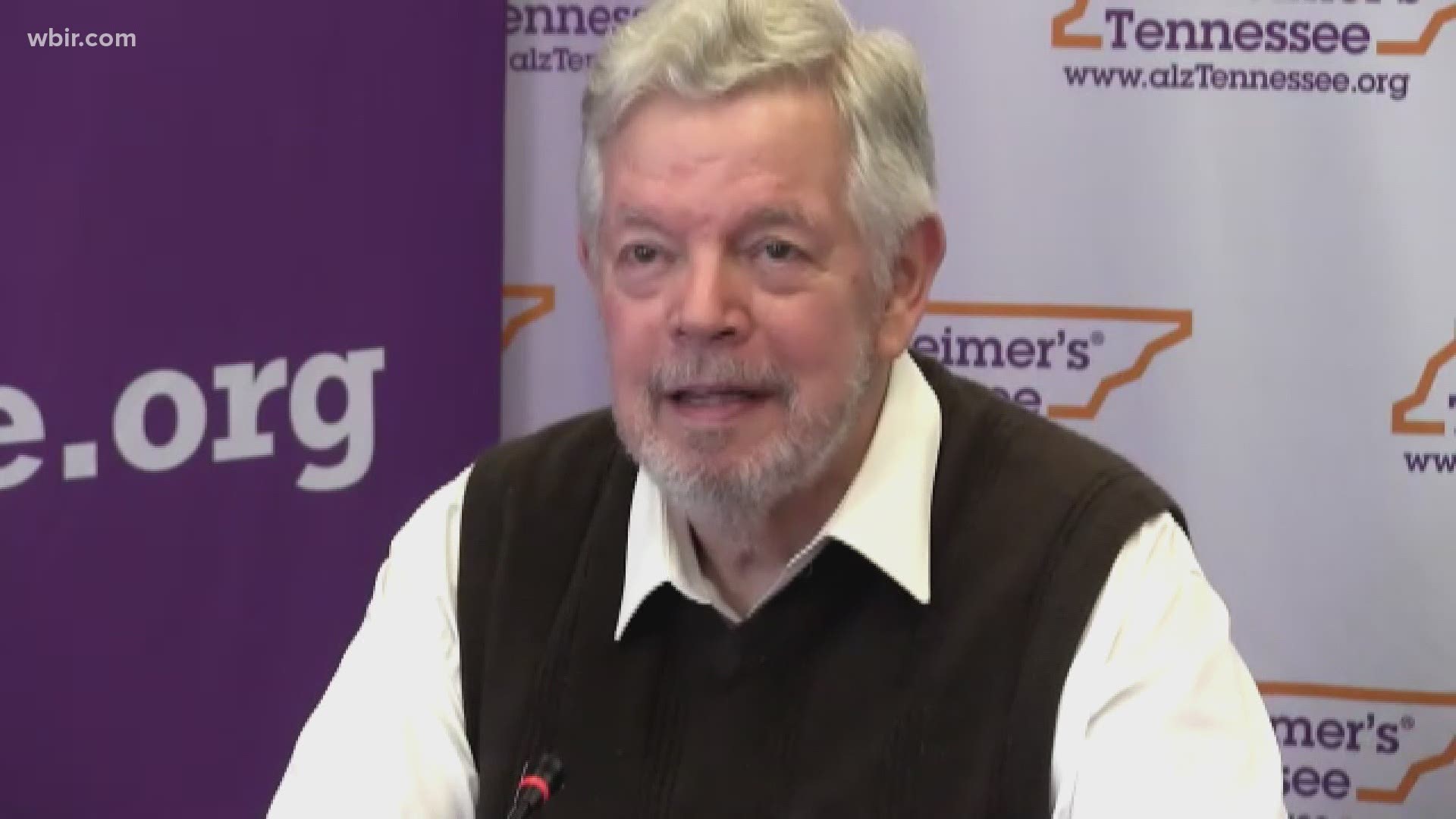 KNOXVILLE, Tenn. — A new controversial Alzheimer's drug is on the market. Alzheimer's patients and advocates know the drawbacks, but feel the hope of progress, too.

Aducanumab is the first of its kind to be approved by the FDA in almost 20 years of research.

Supporters say it's not a cure and critics worry the new drug is offering false hope. Those skeptics wonder if approval was the right move.

Families with a loved one in the middle of a heartbreaking fight are looking for answers and advancements in research.

"In a way we are pioneers, and I like I like to think of it that way," Alzheimer's patient Ken O’Mhuan said.

All three men mentioned battle the disease day in and day out. Some are in early stages, while others have more symptoms.

"It's a great support to talk to people who are going through the same thing," Dorfinger said.

The disease is not an easy road to travel.

"It seems like we have an uninvited guest in our house, they moved in a couple of years ago, and he's not going to go away," Dorfinger said. "He's gonna stay with us, and when he leaves, then he will not leave alone."

The big topic in the group for the week was the new FDA approved drug Aducanumab.

"Suddenly we have something to be talking about Alzheimer's, and not assuming that, that everybody who's got Alzheimer's is going to die from Alzheimer's," O'Mhuan said.

It's meant to break down certain proteins in the brain. The first of its kind in the almost two decades of research.

"So it does have the potential to actually change the course of the disease," President and CEO of Alzheimer's Tennessee Janice Wade-Whitehead said.

It's not a cure, but Alzheimer's Tennessee is excited for what they say is a step in the right direction.

"Do not give up hope," Wade-Whitehead said. "This is one drug, but many are in the pipeline."

Most treatments patients receive currently are in the pill form. Those drugs help slow the progression of the disease.

This is an intravenous treatment, not a pill. Critics say there are some drawbacks to the treatment too, and are worried approval came too soon.

Because of the years of research and development, the drug is expensive, and skeptics aren't convinced of it's effectiveness yet.

Alzheimer's patient Mike Miller said he's spent the majority of his life working in public healthcare, and is choosing to wait and see how things pan out.

"I don't think I would be the first duck in the water on this, as far as I think there are other drugs in the pipeline that might prove to be better," Miller said.

Wade-Whitehead said the drug, like with most diseases and treatments, will work best if given to patients in early stages of Alzheimer's, dementia and mild cognitive impairment.

Either way, it's a new tool in the fight against Alzheimer's. It's not clear right now when the drug will arrive in East Tennessee. Alzheimer's Tennessee predicts it will be soon.

Alzheimer's affects over 110,000 Tennesseans and 5.4 Million Americans. One-third of seniors die with Alzheimer's or a related Dementia, according to Alzheimer's Tennessee.