Respiratory syncytial virus - or RSV - is usually found in children. The CDC recently sent health advisory about rise of cases in the southern U.S. 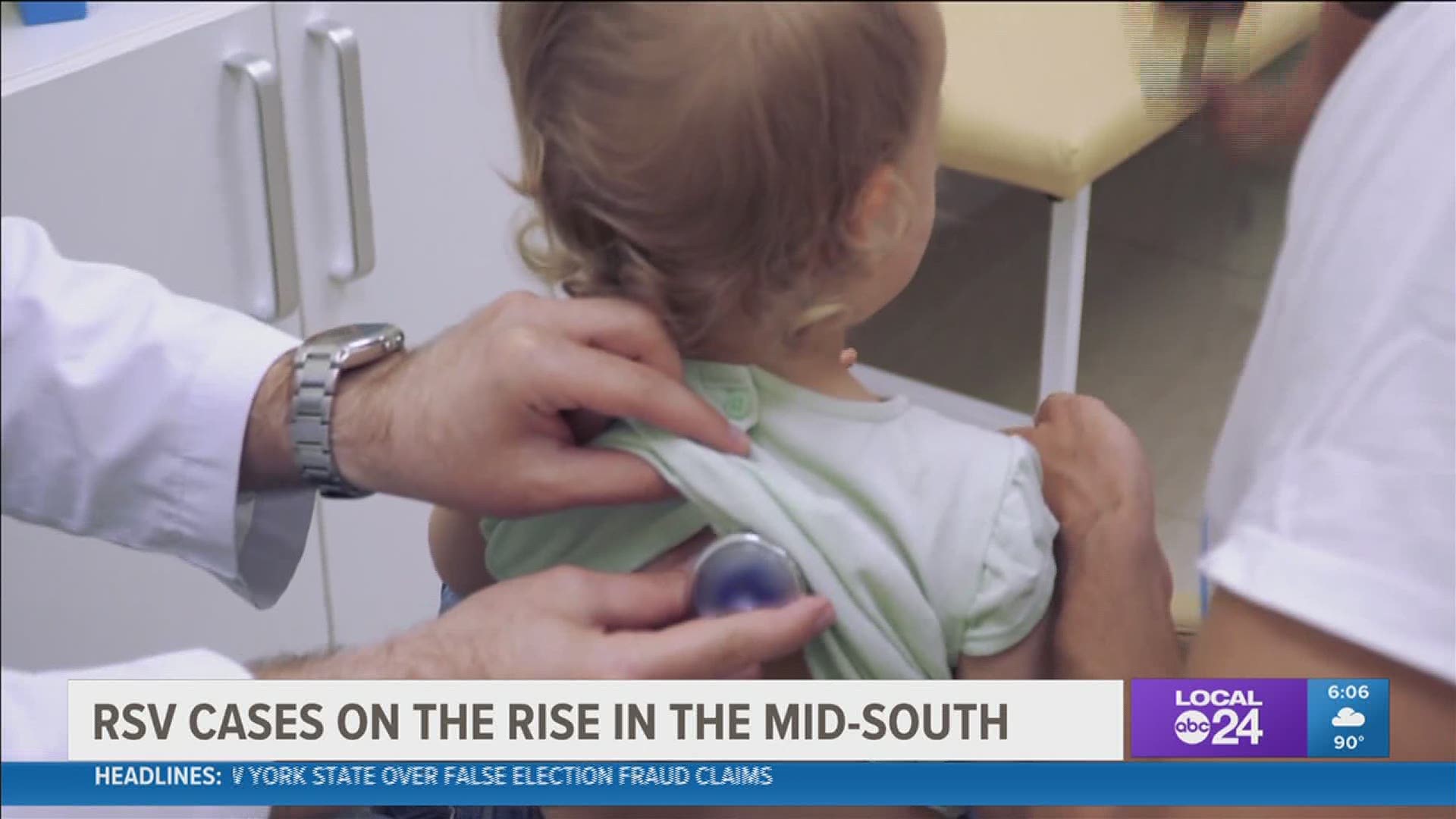 MEMPHIS, Tennessee — "We are in a little bit of unchartered territory right now and I think it's very important that parents know that," Dr. Nick Hysmith with Le Bonheur Children's Hospital said.

Dr. Hysmith is talking about a sharp rise in recent weeks of respiratory syncytial virus - or RSV.

"Touching things, coughing, sneezing, those kind of things, is how RSV is spread," Dr. Hysmith said.

RSV usually causes milder cold-like symptoms, but can cause more serious issues for infants and older adults. And it is surging locally earlier than its traditional fall peak.

"Probably within the last seven to 10 years, we haven't seen these types of RSV numbers in the summer," Dr. Hysmith said, who added the aftermath of months of COVID-19 isolation is largely to blame for more RSV cases of late.

"We have some more intermingling of kids. Kids are getting viruses that they haven't seen in a year and some of these kids are seeing viruses for the first time," Dr. Hysmith said.

The Centers For Disease Control - or CDC - recently issued a health advisory for the southern states where RSV cases are increasing the most of late.

"For us to have a large increase in RSV cases around the nation right now is a warning sign that we could be in for a rough rest of the year with these respiratory pathogens that the COVID restrictions kept at bay," David Sweat with the Shelby County Health Department said.

"Not really worried about it. Kids will be kids as they say," Dylan Dowdy said. "If it is a bigger issue than obviously parents will take precautions."

There is a preventative shot for RSV for those children two or younger and those with health challenges and at risk of health complications, such as lung disease, heart defects, or a weakened immune system.