Thousands of Mississippians are waiting for Mississippi Governor Tate Reeves to call a special session to approve the Medical Cannabis Act. 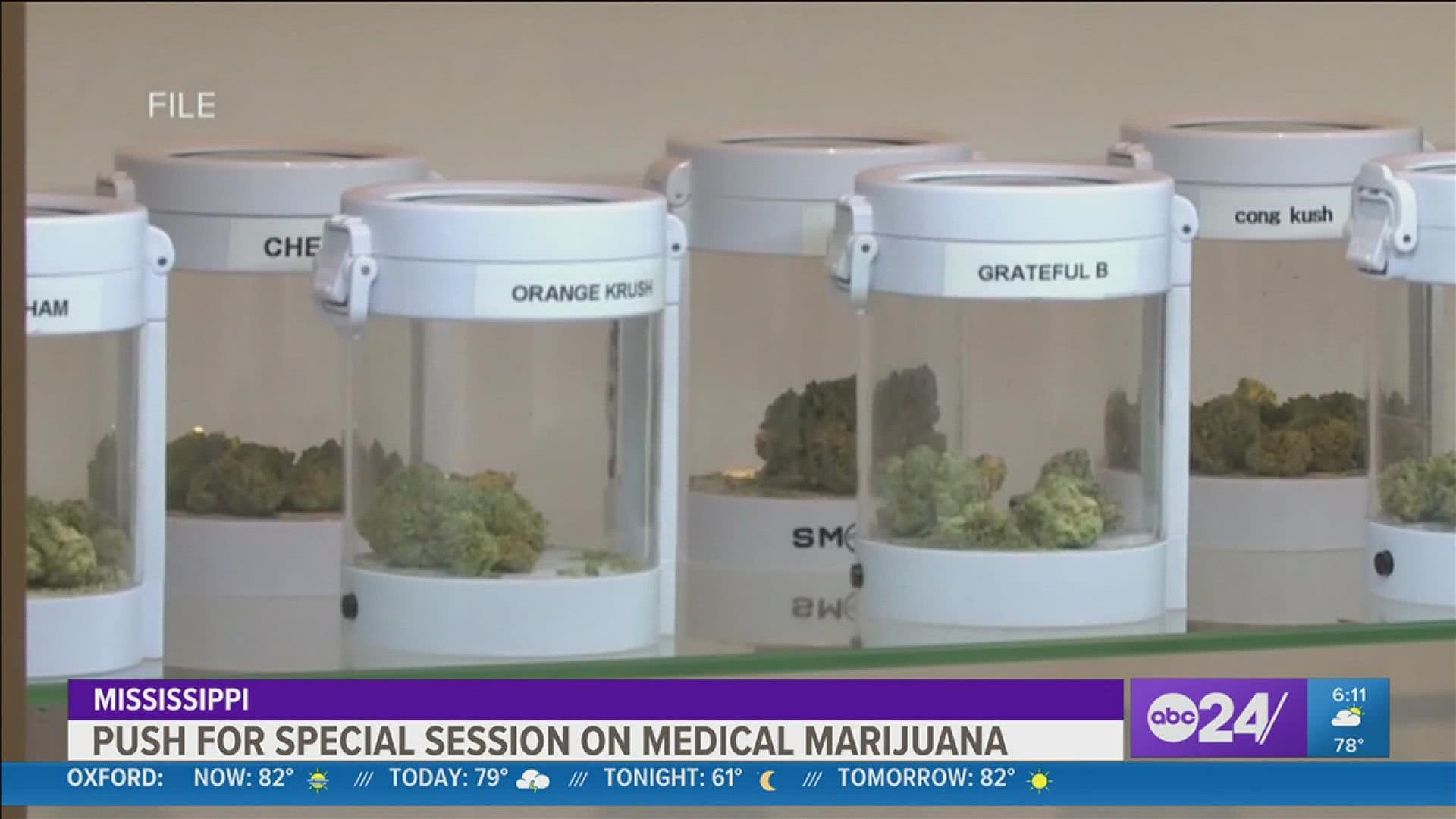 SOUTHAVEN, Miss — Mississippi families who have loved ones suffering from a severe illness are demanding Mississippi Governor Tate Reeves call a special session before the regular session begins in January 2022 for the Mississippi Medical Cannabis Act.

The bill is a 144-page piece of legislation that was agreed upon by state Republicans and Democrats, regulating the growing, prescribing, and selling of medical marijuana in the state.

It can only be voted on if a special session is called, something only Governor Reeves has the power to do.

Christine Loftin from DeSoto County has a 16-year-old son with Mitochondrial disease and she said he can't wait any longer.

Mitochondrial disease is a group of disorders that affects the mitochondria from producing enough energy for the organs to function properly. This can cause a range of symptoms in a person including poor growth, muscle weakness, vision and hearing problems, learning disabilities, seizures, and more.

Christine's son Bryan suffers from daily seizures up to 100 times in one day. She said medical marijuana is the answer.

"We've tried CBD oil because that's legal, but for people who have such complicated seizures it's not enough," she said. "So it's not about getting high, it's about getting enough to get your brain in sync so you aren't seizing all day long."

According to Harvard Health, marijuana has proved to ease the pain of multiple sclerosis and nerve pain in general. It is also a muscle relaxant and has been shown to lessen tremors in Parkinson's disease. The plant is reported to help patients suffering from PTSD and wasting syndrome associated with HIV, as well as irritable bowel syndrome and Crohn's disease.

While the seizures aren't painful for Bryan, they do have life-threatening effects. Bryan has suffered from several black eyes, a busted nose, and other head injuries.

While Bryan is on medication, Christine said none of it has helped. She said medical cannabis could lessen how many times Bryan has seizures in a day.

"If he is on so many medications that he is basically catatonic, there is no quality of life," Christine said. "You can't be social, you can't go to school."

"He really needs this. We really, really need the governor to get up and do the right thing and give us the opportunity to give Bryan and all of these other kids and adults a better quality of life," she continued.

According to the draft legislation, in order to use medical marijuana, a person must be diagnosed by a physician and have been issued an ID card from the Mississippi Department of Health.

Mississippi Senator Kevin Blackwell said there are enough votes from both the house and senate to get this bill passed. He said he expects the governor to call a special session within the next two weeks so the bill can be passed before the end of the year.

Scroll through the photos below to see several highlights from the Mississippi Medical Cannabis Act. (1/2) pic.twitter.com/dMaKdnxWEn