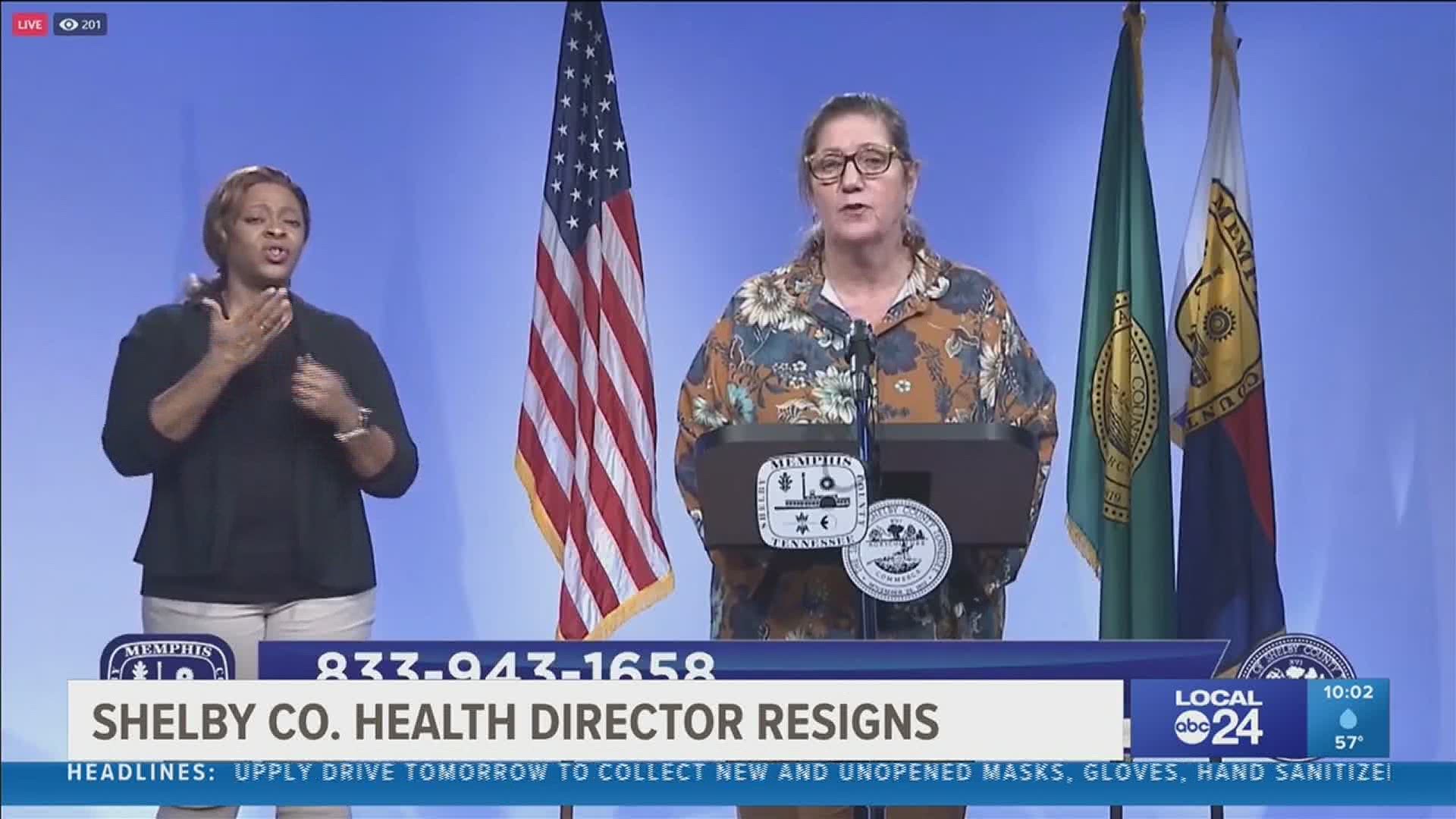 MEMPHIS, Tennessee — After reports of children vaccinated, doses stolen and thousands of vaccines expired the head of the Shelby County Health Department has stepped down.

Shelby County Mayor Lee Harris announced Friday that Dr. Alisa Haushalter, the director of the Shelby County Health Department, resigned and is moving into retirement. This was announced in a special called county commission meeting.

“Reports of vaccines expiring in Shelby County were gut-wrenching to me,” said Mayor Lee Harris. “Worse to me was the information that was taken to the public about the size of the loss was not accurate.”

Harris said Haushalter’s resignation is not effective immediately but that she will have a “wind-down” period. Her last day in the office is March 15th, however, her resignation is effective March 31st.

Mayor Harris also asked for the pharmacist who worked on the vaccine program to be removed.

Harris also said a county internal investigation will focus on the loss of vaccines.

“I have called for an internal investigation regarding the information  that was taken to the podium about vaccine expiration that was incorrect.”

Haushalter resigned amid a Tennessee Health Department investigation into children receiving vaccines at the Appling site, stolen vaccines at the Pipkin site and expired doses.

Commissioners were frustrated that Dr. Haushalter herself was not present at the meeting either in-person or virtually.

One commissioner said if Haushalter is still presently a Shelby County employee, she should have been available for questioning.

When asked if he held any responsibility for the issues the Shelby County mayor said he was disappointed about the expired doses.

“I do bear responsibility as one of the leaders in the community and I’m going to have to work hard to rebuild public trust around the fair and just distribution of the vaccine and it’s administration,” Harris said.