"There’s been so many times where I did die and I came back. I feel like that I’m here for a purpose,” said Frankie Banks. 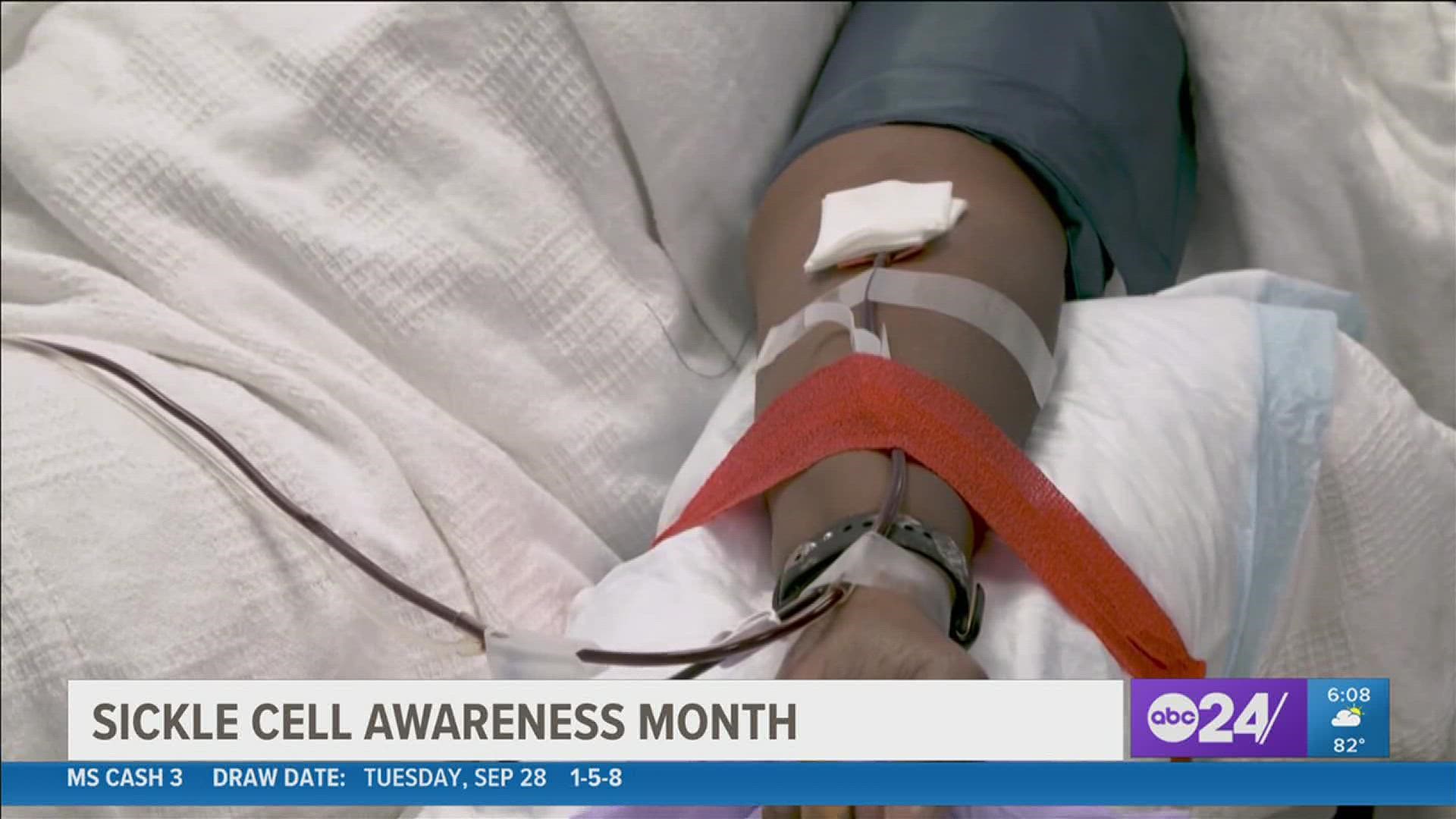 MEMPHIS, Tenn. — Sickle Cell disease is very prevalent in the Mid-South. It accounts for one in every 287 live births in Shelby County. That is higher than what’s reported nationally, one out of 350 live births.

Passion is a prelude to purpose. For Frankie Banks, arriving at her purpose took many unexpected routes. The greatest and most challenging was battling sickle cell disease.

“When I was five, I wanted to be a teacher like my mom. When I got a little older, I realized that I loved to cook,” said Frankie Banks, sickle cell patient.

Methodist Le Bonheur Healthcare nurse practitioner, Rana Coopers tells us that Sickle Cell disease is an inherited blood disorder that affects the red blood cells. Those with sickle cell have an abnormal type of hemoglobin in their blood cells.

They are shaped like sickles limiting the number of healthy red blood cells that carry oxygen through the body.

“When you transfuse blood that is not a close match to your own, you will develop antibodies,” said Cooper. “The more antibodies you develop, it becomes more difficult to find blood. When you’re in a critical dire situation, you need it now.”

That is the case for Banks.

“My mom always told me that I was diagnosed when I was a baby, I didn’t start experiencing the symptoms until I was like 11 and 12. I started getting a lot of blood transfusions which made me have antibodies. Now, when I get blood, I have to have a special donor,” said Banks.

A special donor is not easy to find. As Banks waited, she grew sicker and was put on a ventilator.

“They were telling me bad stuff like I was going to pass, or I wasn’t going to live as long if I didn’t get the blood,” said Banks.  “It was a lot of pain in my chest and my hands and feet swell up.”

However, there is a fight within the fight. Banks got a donor.

“I wish I could thank that person…It’s really kind of hard for me because I really want to hug them and thank them so much,” said Banks.

Frankie Banks: "There’s been so many times where I did die and I came back. I feel like that I’m here for a purpose." As we come to the end of Sickle Cell Awareness Month, Memphis resident, Frankie Banks, shares her story. pic.twitter.com/5dyzh0rF9f

She has an appreciation for life never to be taken for granted.

“Trust me. It’s not a second chance. It’s like a 10th, 13th. There’s been a lot of chances. There’s been so many times where I did die and I came back. I feel like that I’m here for a purpose,” said Banks. “My 10-year life plan, I want to become a chef that teaches other people.”

Banks is now combining her passions for cooking and teaching and is thankful for purpose.

Cooper said the need for blood is dire especially in the Black community.

She and Banks are encouraging others to become donors.