The two studies centered on opioids and show race is a factor in treatment for patients. 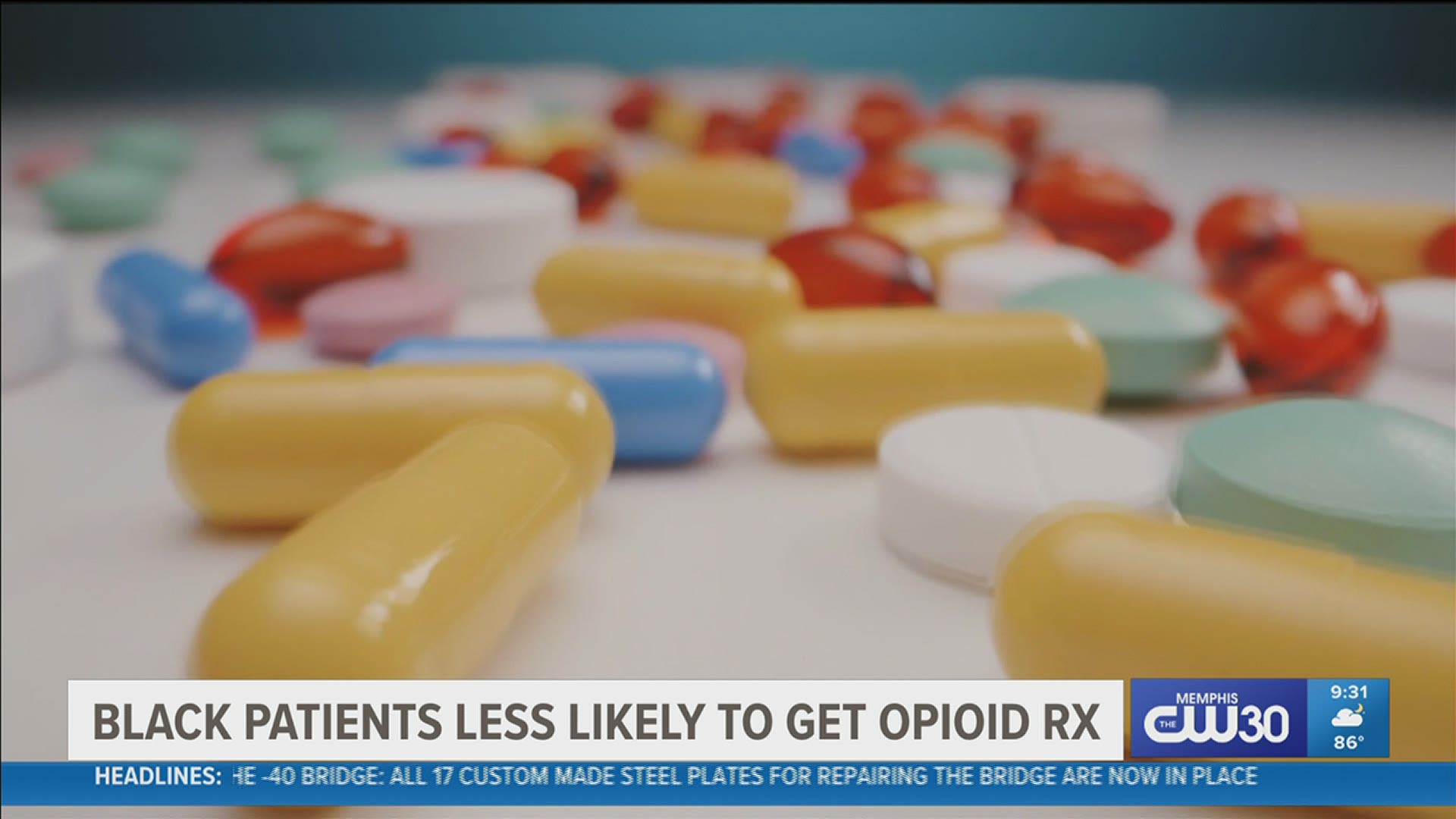 MEMPHIS, Tenn. — Two recent medical studies have found what many people of color said they already knew: Black and white patients are treated differently in the healthcare system.

Both studies involved opioid medications but were focused on different populations. The bottom line was the same -researchers said race played a factor how patients were treated.

Ellison isn't surprised by the recent findings of two studies.

"It's disturbing because as we are in society - we are always treated differently."

New research finds a large disparity in receipt of medications for opioid use disorder among pregnant women. These medications are known to improve pregnancy outcomes and reduce risk of overdose death. https://t.co/wyuofQAi02 pic.twitter.com/K79EFePqAN

According to a new study published in the New England journal of medicine, researchers looking at Medicare claims found Black patients are less likely than white patients to get an opioid for pain management, even when both patients were treated in the same healthcare system.

In about 90% of the 310 healthcare systems studied, researchers found that white patients received more pills and stronger doses than black patients. Researchers said those findings confirm disparities when it comes to pain management.

RELATED: Want to be a doctor? You can go to Tennessee State University for free. Here's how to qualify.

RELATED: The number of African Americans disproportionately affected by COVID-19 is disturbing

A different study, this one done by researchers at Vanderbilt University, also found racial disparities when it came to pregnant women who have opioid use disorder.

The study looked at TennCare patients over a seven year period.

It found 72% of the pregnant mothers with opioid use disorder, commonly known as dependency, were not given medication that could have reduced their risk of overdose death and improve the outcome of their pregnancies.

"We found that Black mothers, Hispanic mothers, those in rural areas, and those with primary language other than English were less likely to receive this medication," said Laura Henkhaus, Vanderbilt University researcher.

Henkhaus said the study found Black mothers were 20% less likely to get the medication than white women.

"Race alone predicted much lower likelihood of getting this medication," said Henkhaus.

"When I had my son, the nurses actually treated me differently," said Anna Rodgers.

Rodgers, a new mother, isn't surprised by this latest research. During a meeting Tuesday morning about recovery and motherhood, at Audubon Park, Rodgers and the group of women meeting said more needs to be done to eliminate bias in the healthcare system.

"We just have to fight for equal rights and treatment," said Ellison.