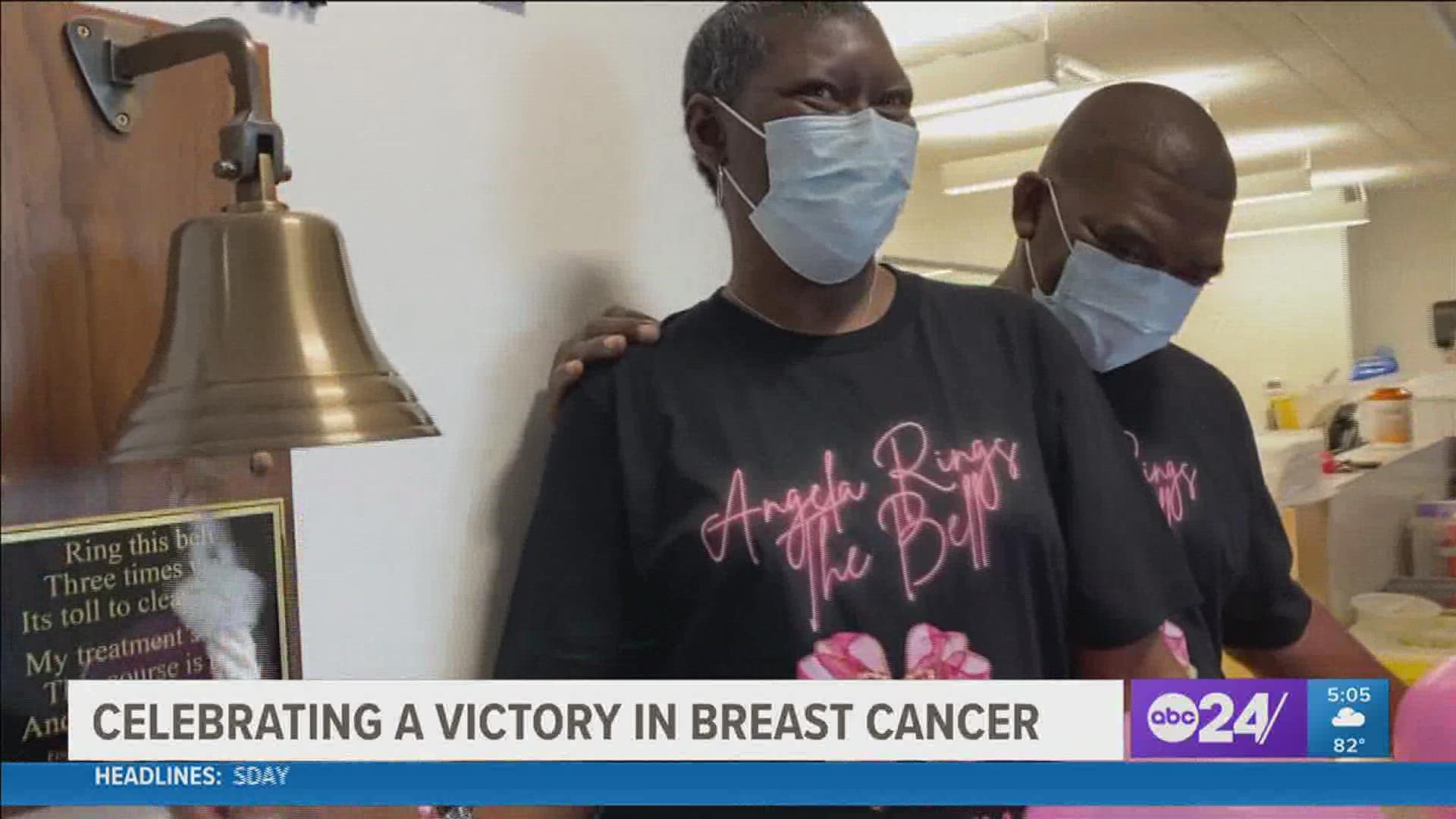 WEST MEMPHIS, Ark. — Breast cancer is the most common cancer in American women, and according to the National Breast Cancer Foundation, one in eight women will develop breast cancer in her lifetime.

There are over 3.8 million breast cancer survivors in the United States, and a woman from West Memphis is one of them. On Monday, she celebrated knocking out cancer with a celebratory bell-ringing at Crittenden Baptist Memorial Hospital.

Angela Perry Donnerson has been battling breast cancer for a year.

A mammogram showed she had two lumps on her left breast. She said she had to get a mastectomy to remove them and after months of weekly treatment, she is now cancer-free.

"If you feel something, say something," she said.

Health experts said, anyone, regardless of medical history, can get breast cancer. Donnerson said she was able to get through her journey with breast cancer because of her faith and support system.

"I stopped crying because I began to think this is good news, you know why? Because I am still here," she said. "My husband told me, 'you are going to be all right,' and he was right."

Throughout the month of October, Baptist Women's Health Center will be providing free mammograms to underinsured and underserved women in Shelby County. The health center is partnering with Vitalant to promote Breast Cancer Awareness Month.

Vitalant will donate $20 for every new donor and $10 for every returning donor.

The next blood drive will be on Friday, October 8, at Benjamin L. Hooks Library at 3030 Poplar Ave. The Baptist Mobile Mammography Unit will be on-site from 10 a.m. to 3 p.m. Screening takes about 15 minutes. Mammograms will be free to patients who qualify.

Those interested can call 901-227-PINK to schedule an appointment.