A local reverend and activist shares how he was inspired by MLK and why the civil rights leader is still impactful. 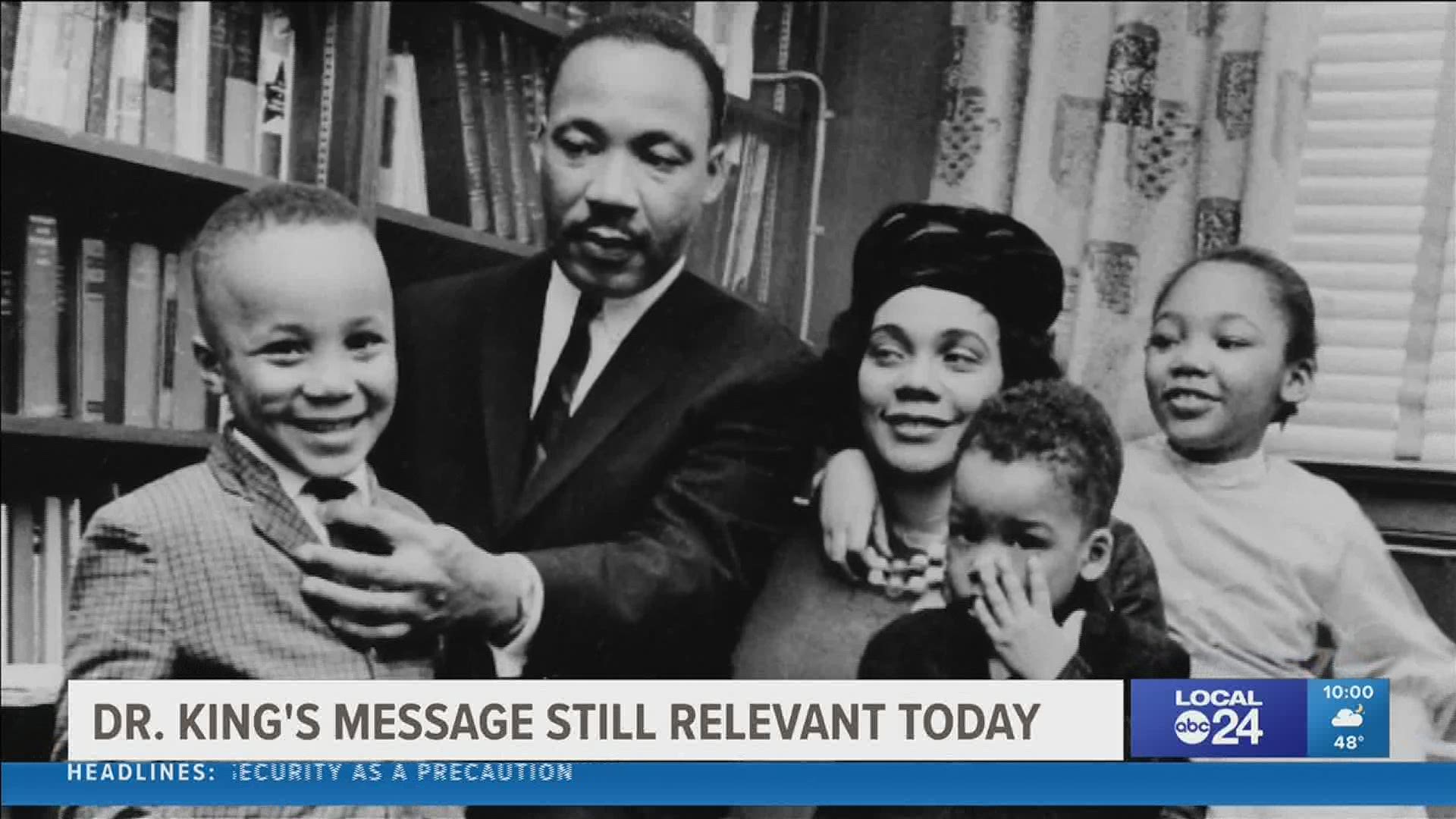 It’s been over 50 years since Dr. King’s assassination right here in Memphis at the Lorraine Motel, but his message is still timely. Parts of King's speeches often echo in our minds when we think of social justice and civil disobedience.

He shared his dream that people would not be judged by the color of their skin but instead by the content of their character.

“I was 12-year-old when Dr. King was assassinated and it just never left my mind,” Reverend Kenneth Whalum of New Olivet Worship Center.

What did Dr. Martin Luther King’s legacy mean to you? How is it still relevant today?

King was a man who was at the head of the civil rights movement.

"The non-violent resistance that King taught and modeled and lived and preached was front and center stage during the recent Black Lives Matter demonstrations and protests,” said Whalum.

Memphis had a part to play in the most recent protests for racial justice.

“The very streets that he walked, the very ground from which his blood still cries. Young people teenagers, pre-teens were engaging in non-violent protests and that is clearly a result of dr. King’s teachings.”

Teachings that we can each choose to put into practice.