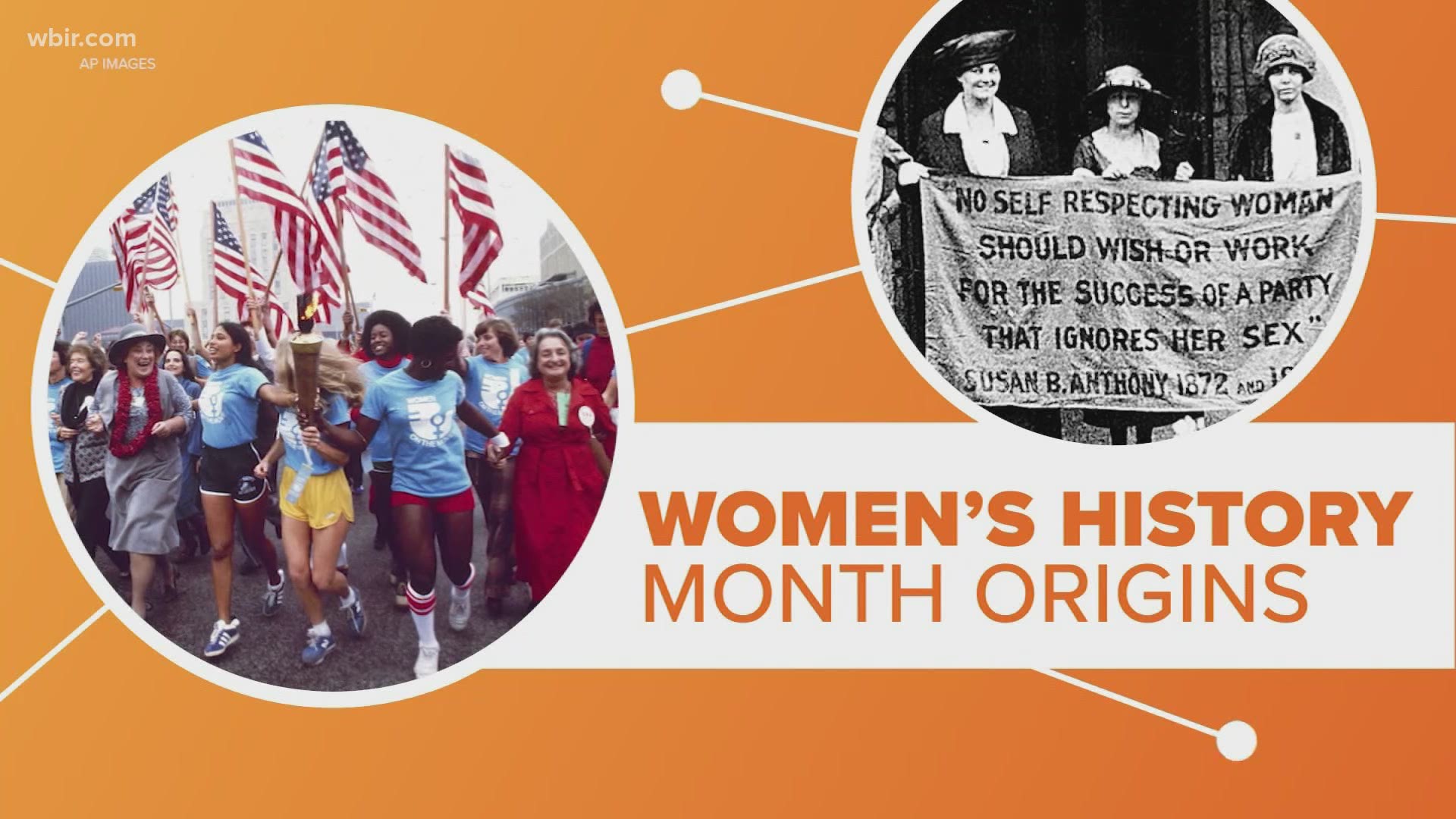 KNOX COUNTY, Tenn. — Women's History Month started on Monday, honoring the contributions women made to the development of the U.S. throughout history. Knox County Mayor Glenn Jacobs is also recognizing women's history throughout March, focusing on the achievements of local women.

He announced that he will focus on highlighting women-owned businesses as part of his weekly small business videos. He said that interviews with the business owners will air every Wednesday starting March 10.

They include interviews with Rachel Fletcher of Knox Upholstery, Christa Peterson of White Lace and Promises, Deana Hurd of Lulu’s Team Room and Debby Funk of Embroidery Boutique by Designs for You.

He also released a two-minute feature on Tuesday that discusses the impact women made on Knox County's history. In it, he discusses the women's suffrage movement, sports, technology and entertainment.

“Women’s History Month isn’t only about women’s history – it’s about telling the stories of the past to the girls who will become the future female firsts,” he said. “It’s about showing our young female citizens that they can do anything they dream of.”

The Knox County Public Library will also co-host a trivia game with former Knoxville Mayor Madeline Rogero on March 22. She was the city's first woman mayor, serving from 2011 - 2019.