“It was unbelievable. It was surreal. It was almost like watching something on a movie,” said Damion Kearse, US Army Veteran. 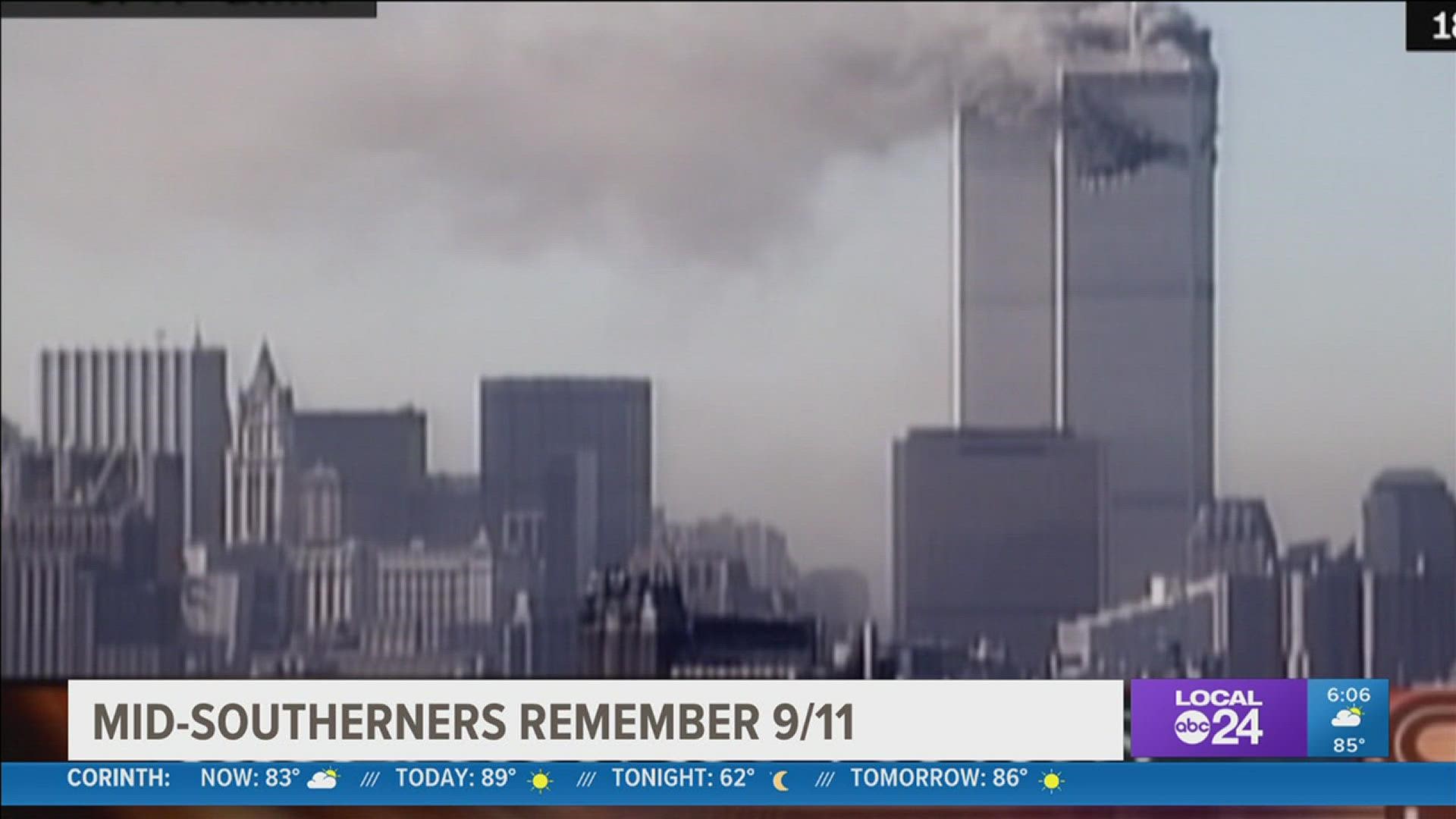 MEMPHIS, Tenn. — Saturday marks 20 years since the September 11th attacks in our nation.

As we honor the day of remembrance, we ask Mid-Southerners, "Where were you on the day that changed America?"

The September 11th attacks are far more than a moment in time.

Two decades later, it still sticks with us; every story, every moment, and every feeling.

Time heals all wounds, but no second or hour can erase the scars.

“I was teaching deaf high school students at White Station High School. Every morning, we started with closed caption news so that they could be aware of what was going on. We saw it live on TV,” said Askew. “Then as they shifted classes, the second building got hit. I went to the teacher next to me and I said, ‘Oh my gosh. We’ve been attacked.’”

“I was in my third grade classroom. No, first grade classroom,” said Kirstin Morris, former Mississippi resident. “I remember after it happened all the schools dismissed for the day. As a little kid, you don’t really know what’s going on or that something is wrong. It felt very quiet that day.”

It was a silence heard around the world.

“I’m actually a soldier. Well, I’m a veteran now. I was actually in Hungary when everything happened. I remember when we got the alert. We had a lot of soldiers out at the base that we were at and people were trying to call home. The signals were down,” said Erin Kearse, US Army Veteran.

Where were you on the day that changed America, September 11, 2001? We asked Mid-Southerners as they prepare for the day of remembrance. pic.twitter.com/tDTCiOn90u

“I was in Germany, stationed in Germany," said Damion Kearse, another US Army Veteran. “Immediately, we started doing security on the post to make sure that no one would come in because we didn’t know exactly what was going to happen at that point.”

The country was in a state of uncertainty, bringing forth an unwanted dreamlike reality.

“It was unbelievable. It was surreal. It was almost like watching something on a movie,” said Damion.

“Completely, it was a blur because, you know, when heard terrorist attack in the United States, you know especially being a soldier, you were just like, ‘what’s happening? What is going to come of this,’” asked Erin.

“My dad was in the military. He was a pilot. It hit really close to home for us too just thinking, ‘What if that would have been him,’” asked Morris.

That was a possibility we all faced in some way.

“I think because it was so personal, even if it might not have affected you as an individual, it’s your homeland,” said Morris.

Each year on September 11th, flags fly high with the red for valor, white for new beginnings, and blue for perseverance.