Critics want to know how many people of color are given this option. 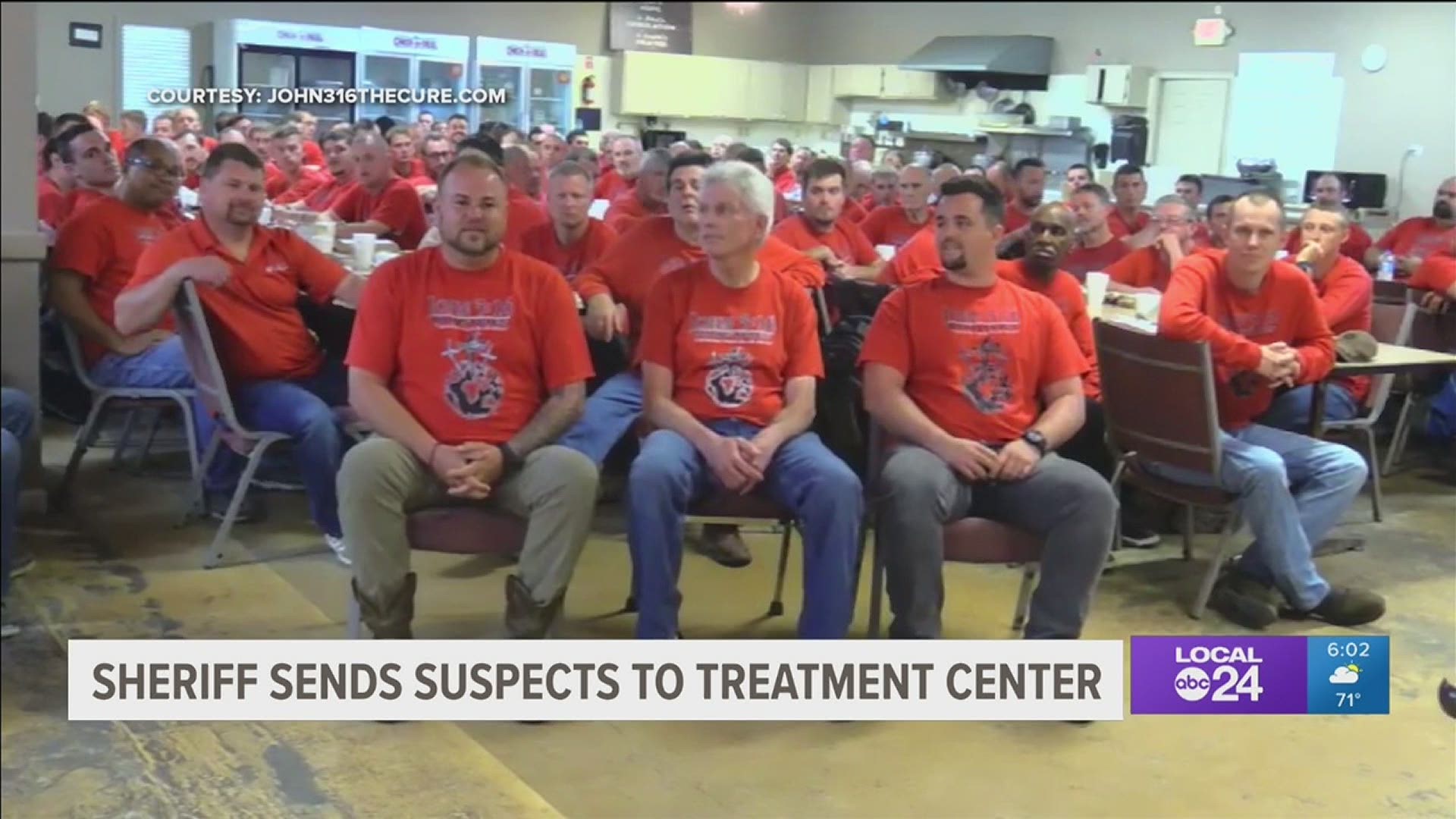 MEMPHIS, Tenn. — There is new information on the Local 24 News investigation into DeSoto County's 'disappearing DUI.' DeSoto County Sheriff Bill Rasco admits he helped this 18-year-old avoid son of a longtime sheriff's department employee avoid jail and prosecution after the male was caught allegedly drunk driving. Rasco defended the action, saying he tries to help people by getting them into drug programs, including the Arkansas treatment center, John 3:16.

"We are associated with John 3:16. We get people there are the time," said DeSoto County Sheriff Bill Rasco.

John 3:16 is a drug and alcohol boot camp in Arkansas.

"I've been down at the jail today talking to people who have drug problems wanting to get people into John 3:16. I help those people get into John 3:16," said Rasco.

Its founder said it is a faith-based boot camp for people with drug and alcohol problems. The head of the program, Bryan Tuggle, said there is no behavioral therapy or AA sessions. The men enrolled in the problem work at places like the campus’ print shop and auto shop.

Tuggle said Rasco is involved with the program

"We love Bill and he loves us and helps us in everything we do," said Tuggle, the camp founder.

In fact, the camp has built what is called a "DeSoto House," after Rasco brought them a check for the building.

Tuggle said Rasco sends him about 50 men there a year from DeSoto County. On a video from the bootcamp's website, the men at the camp offered up a big thank you to Rasco for helping them get here instead of going to prison. Critics have questioned who Rasco hand picks to come here, allowing some to possibly avoid the court system. If you look at the program's website and social media pages, there are almost no African Americans in the photos or videos.

The Desoto County Sheriff says he goes into the jail to find people to send to an Arkansas boot camp for addicts. Tonight at 6 find out how many people Rasco is referring over there? Some are questioning if the camp is open to everyone.

"Excuse me for lack of a better word, it's for white privilege," said James Mathis, NAACP DeSoto County.

Mathis, with the DeSoto County NAACP, has heard about the boot camp and questions how many African Americans Rasco has extended the John 3:16 offer to. The facility is funded through private donations, which means they don't have to take everyone, and the director says you must pass an interview to get admitted.

Jeni Diprizio, reporter asks: "Has an African American person from DeSoto county ever been there?

Tuggle says he believes the camp’s location in Arkansas is why there is little diversity.

"Up here in the hills, there's just not many. There is something, they don't want to come up here. I don't know why because it's a great place to live, but we are open. We want everybody. We don't care what they are," said Tuggle.

Josh Spickler from Just City, a nonprofit group supporting criminal justice reform, has never heard of the faith-based boot camp but says policies and opportunities need to be fair across the criminal and legal system.

"If there are people who are being selected, hand picked by anyone. A sheriff or a judge or a prosecutor or to received special lenient treatment, than that's a signal your entire legal justice system is off kilter," said Spickler.

Mathis says he can't name a single African American Rasco has offered to send to this boot camp, adding a judge should be making decisions like this, not a sheriff.

"This is something that should be handled through the court system," said Mathis.

Local 24 News has asked the DeSoto County Sheriff's Department's Public Information Officer for information connected to how many people of color Rasco has referred to the bootcamp. So far, no response.