How did the DeSoto NAACP President describe the DeSoto County Sheriff's Department? “This is the good ol' boy system.”

DeSoto NAACP is calling for an investigation. 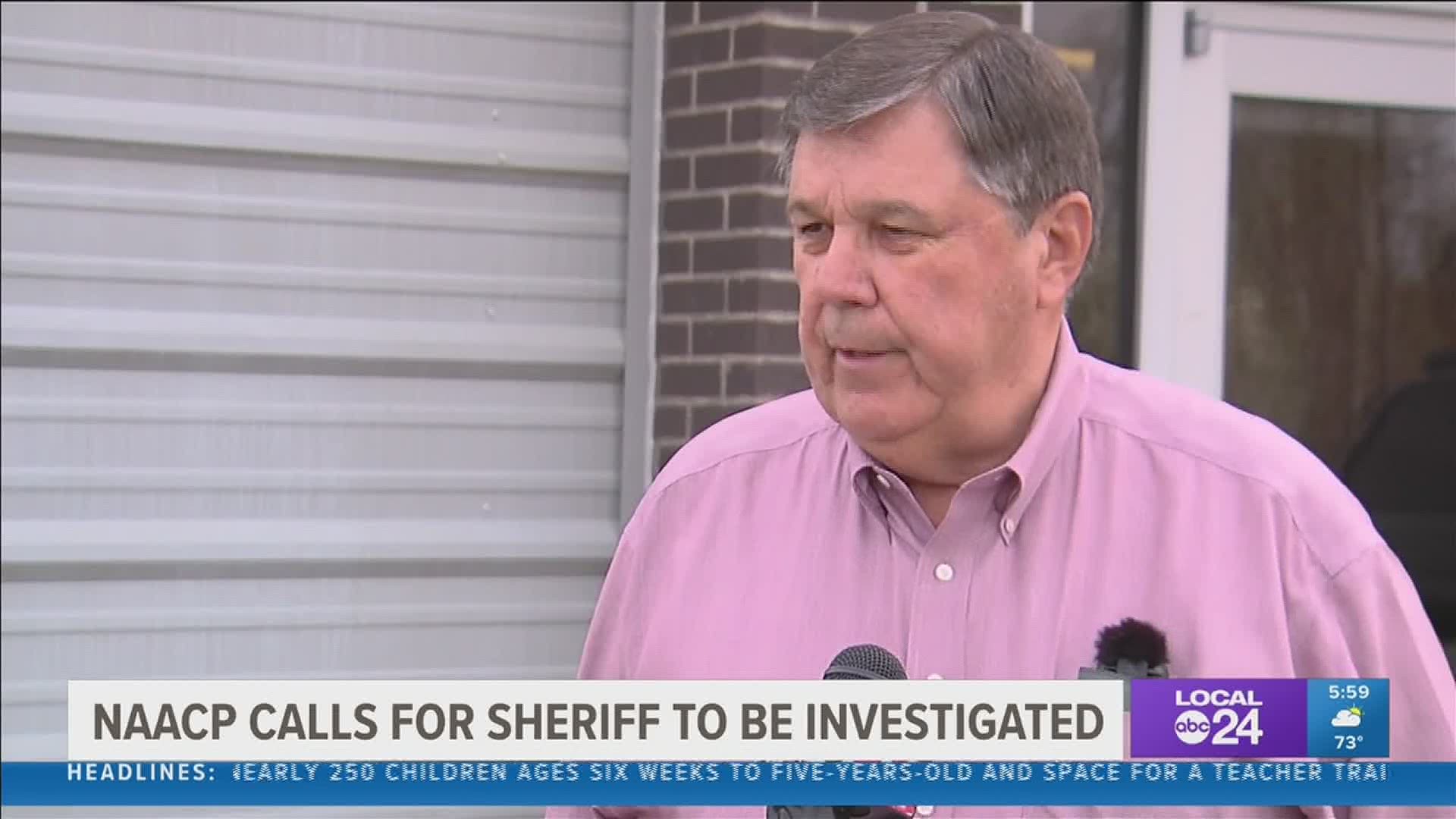 It comes after Rasco admitted he helped an 18-year-old son of a longtime sheriff's department employee avoid jail and prosecution despite the fact he was allegedly drunk driving.

Rasco told Local 24 News he was trying to help the man out.

"I helped him get out of jail and avoid prosecution, I did," said DeSoto County Sheriff Bill Rasco.

"I've seen enough that this warrants an investigation. This is the good ol' boy system --you might as well call it what it is-- and African Americans are not afforded the good ol' boy treatment," said Robert Tipton, Jr, NAACP DeSoto County.

Tipton said his organization wants information on how the DeSoto County Sheriff's Department is treating people of color compared to others, adding it makes him wonder about the entire criminal justice process in DeSoto County.

"We would like to look at their arrest data and what is going on there. How many Blacks are being arrested verses white. Tickets. How many people of color are getting tickets?," said Tipton.

Been calling/emailing @MississippiAGO all week with questions connected to a story I am working on...so far no one will return my call.

Tipton said an investigation is needed after Sheriff Rasco admitted to Local 24 News he has helped the son of a department employee. This is despite an intoxilzyer report saying he blew .14, and a police report saying the 18-year-old was taken to the jail and processed. However, the DeSoto County Sheriff's Department could not produce a mug shot or jail booking documents when Local 24 News filed a records request.

Pishko is a lawyer and author who has done extensive research into sheriffs and their powers.  Pishko says because Sheriffs are elected there is no check on their power, which she says could lead to potential abuse or misuse.

"It could be that they are exercising discretion to let people who contribute to campaigns who are friends and family or quote important community members and that unfortunately is relatively common with a sheriff especially southern sheriffs have exercised that type of discretion," said Pishko,"because sheriffs can also hire and fire at will if there are people working there who object to his practices, he can simply fire him so there is no protection for people who object to what he is doing."

In this recent case, Rasco told Local 24 News not only did he help this young man, he said he has helped many people with alcohol and drug problems. His Chief Deputy had this to say about his boss.

"If he makes a mistake, it's from the kindness of his heart, it's not because there is some coverup or hiding something like that," said Justin Smith, Chief Deputy.

Tipton said an investigation could prove that, but now his assessment of the situation is, "He interfered with the process. He became the judge, jury, and prosecutor."