The lawsuit claims the driver, a Cordova man, was being reckless in an area with more than 100 boats present. 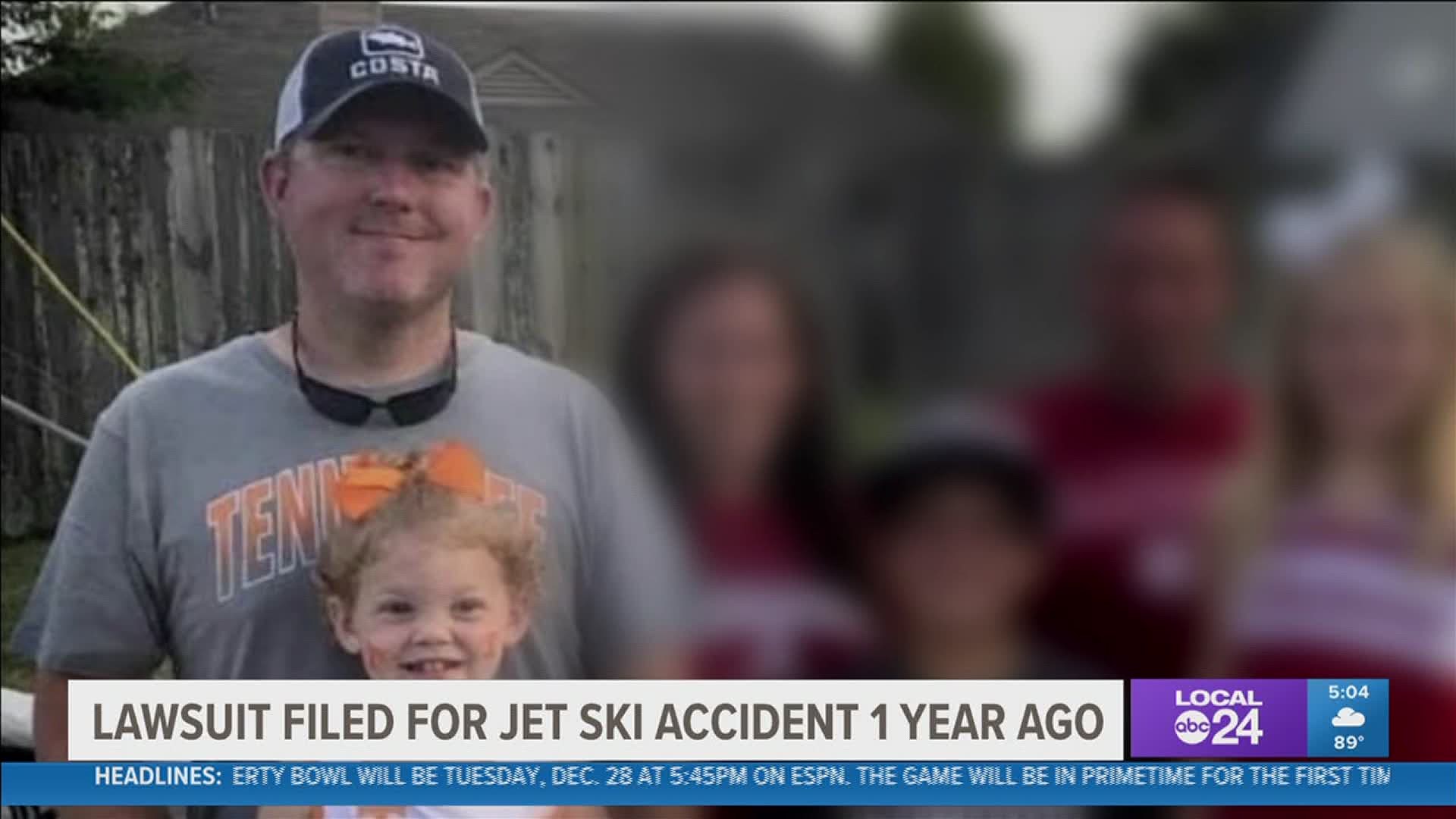 MEMPHIS, Tennessee — A $10 million dollar wrongful death lawsuit has been filed in a fatal jet ski accident that took the lives of a Mid-South man and his 6-year-old daughter last summer.

The accident happened on Pickwick Lake about 100 miles east of Memphis last August.

"I think about Ms. Carter - her situation is heartbreaking. Losing a husband and a child," said attorney Randall Fishman.

Fishman represents Nicole Carter. She is suing the Cordova man who crashed into her daughter Olivia and husband David, along the machine's owner.

"It’s just like anything else. If you are not careful and not watching what you are doing, you can find yourself not paying attention, and next thing you know something tragic can happen," said Fishman.

According to the lawsuit, around 100 boats were in Dry Creek Cove in Pickwick Lake at the time. It claims the driver of the wave runner, Matthew Swearengen, recklessly drove the machine at a high rate of speed in the area filled with boats, jet skis, and people swimming, and he didn't slow down.

According to the lawsuit, it's believed Swearengen was under the influence of alcohol.

"Its not hard to envision there is alcohol involved in these types of accidents," said Fishman.

The Tennessee Wildlife Resources agency investigated the accident but charges have yet to be filed.

"That has been turned over to the D.A. You have to keep in mind, COVID has really delayed things with the court systems, so when we can discuss that I will be more than glad to discuss that," said Tennessee Wildlife Resources Agency spokesperson Amy Snider.

The Carters' deaths were two of 31 fatalities on Tennessee waterways in 2020.

"Last year was a record year unfortunately for boating accidents in Tennessee, and that was due to the pandemic," said Snider.

Snider said accidents have not slowed down this year.

"As we start this years season, we've already had eight fatalities this year," said Snider.

Fishman said Nicole Carter is doing as best as can be expected after losing her husband and daughter. He added, she hopes people will boat safely this summer and no one else will have to experience what she has.

You can read the full lawsuit HERE.

A wrongful death lawsuit has been filed in connection to a fatal jetski accident that happened last summer that killed David and Olivia Carter last summer on Pickwick lake. pic.twitter.com/olhOzagbxH