The lawsuit claims the 2019 chase was called off due to public safety concerns, but an officer continued the pursuit. 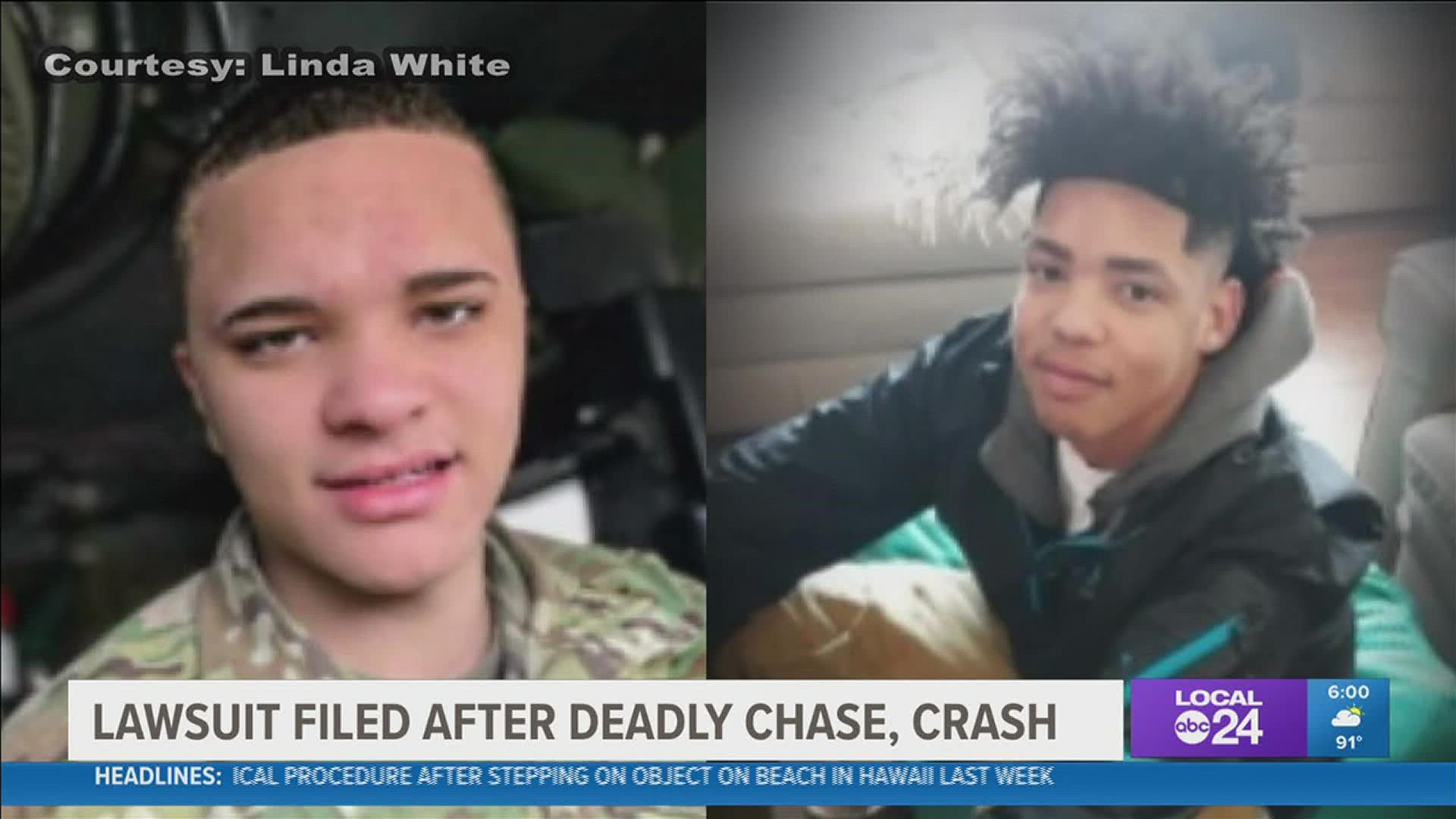 MEMPHIS, Tenn. — The city of Hernando, Mississippi, is facing a $12 million wrongful death lawsuit in connection to a high speed chase that ended with two young men dying.

According to the lawsuit, the chase - which at times exceeded 100 miles an hour - began in the Hernando city limits and ended on the interstate with a crash.

Two years after Linda White lost her son Jessie White, she still has a lot of questions.

"The police department won't give you no kind of comment. So you want to know as a parent what happened. What really happened?" said White.

"Jessie was very quiet to a certain extent. He was in the military. I think the following weekend he was supposed to leave to go back out," said White.

According this lawsuit, Hernando Police Department used excessive and unjustified force during the 2019 car chase that ended Jessie White and his best friend Kristopher Ford's life.

RELATED: 2 killed while running from police in Hernando, MS

RELATED: Man Kills Himself After Chase With Officers; Endangered Juvenile With Suspect Is Safe

The lawsuit claims on the morning of July 27, 2019, a Hernando police officer tried pull over a maroon Nissan Maxima, and that the reason for the traffic stop was unclear. While the car initially stopped, the lawsuit said it sped away.

Because the chase reached high speeds, as much as 100 miles per hour according to the lawsuit, the chase was terminated based on the threat to public safety.

Despite the chase being called off, according to the lawsuit, another officer continued the pursuit, and used a police maneuver to try and stop the car on Interstate 55. The car crashed and the two men died.

The Hernando Police Department will not comment because this is an ongoing legal matter.

The lawsuit claimed the Hernando Police Department has a pattern of allowing officers to engage in conduct that violates people's civil rights. It also said the Department fails to enforce the department policies and procedures.

"I told him to be careful and that was it," White remembered as last thing she said to her son as she left the house. She said she had no idea it would be the last time she would see him alive.

"I really miss him, that I truly do," said White.