From barges to trucking, how the I-40 Hernando de Soto bridge shutdown could affect the supply chain

The bridge shutdown is considered a major disrupter both locally and nationally. 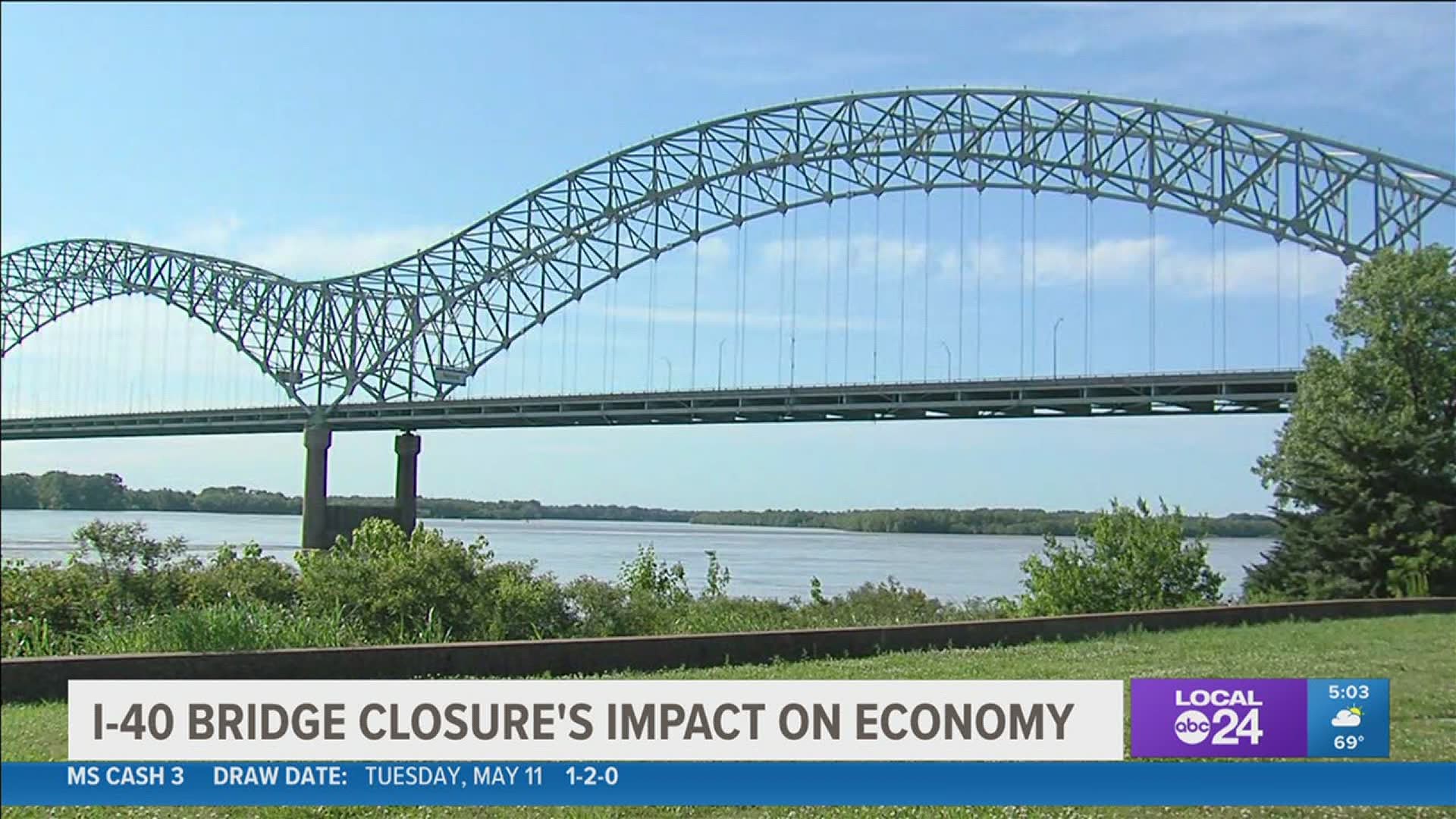 MEMPHIS, Tenn. — Shutting down the I-40 Hernando de Soto Bridge is considered a major disrupter to the supply chain. Not only is it affecting freight traffic on the highway, but barge traffic on the Mississippi River is shut down in Memphis.

Transportation experts said having this bridge shut down will put a further strain the supply chain, which is already struggling.

"This is the third heaviest freight corridor in the country," said Dr. Martin Lipinski, Director of the University of Memphis Intermodal Freight Transportation Institute.

Lipinski said the shutdown means it could take longer for things you have ordered online to arrive, or things you want may not be on store shelves.

Today TDOT officials held a press event to talk about the I-40 Hernando DeSoto Bridge closure. The inspection is still underway, and could take a couple weeks to complete. A timeline will be shared as soon as we have one. Continue to use alternate routes. pic.twitter.com/Zfz4izuyED

In addition to FedEx as a distribution hub, more than 400 trucking companies operate out of Memphis.

It's one of three us cities served by five class 1 railroads.

Memphis is also the 4th largest inland port in the United States, and right now, river traffic is shut down - leaving tugboats and barges stuck with no where to go.

"They will not allow river traffic until they make sure the bridge won't fall into the river and is structurally sound to hold its own weight," said Lipinski.

Lipinski said while the old bridge still is open to traffic, it's not enough to handle the extra load.

"When you add this traffic to that traffic it's going to have a significant impact and cause major delays to not only freight, but personal traffic," he said.

Dr. Adel Abdelnaby, a University of Memphis Civil Engineer professor, said shutting down the bridge is a major disrupter given the fact Memphis is in the center of the United States. 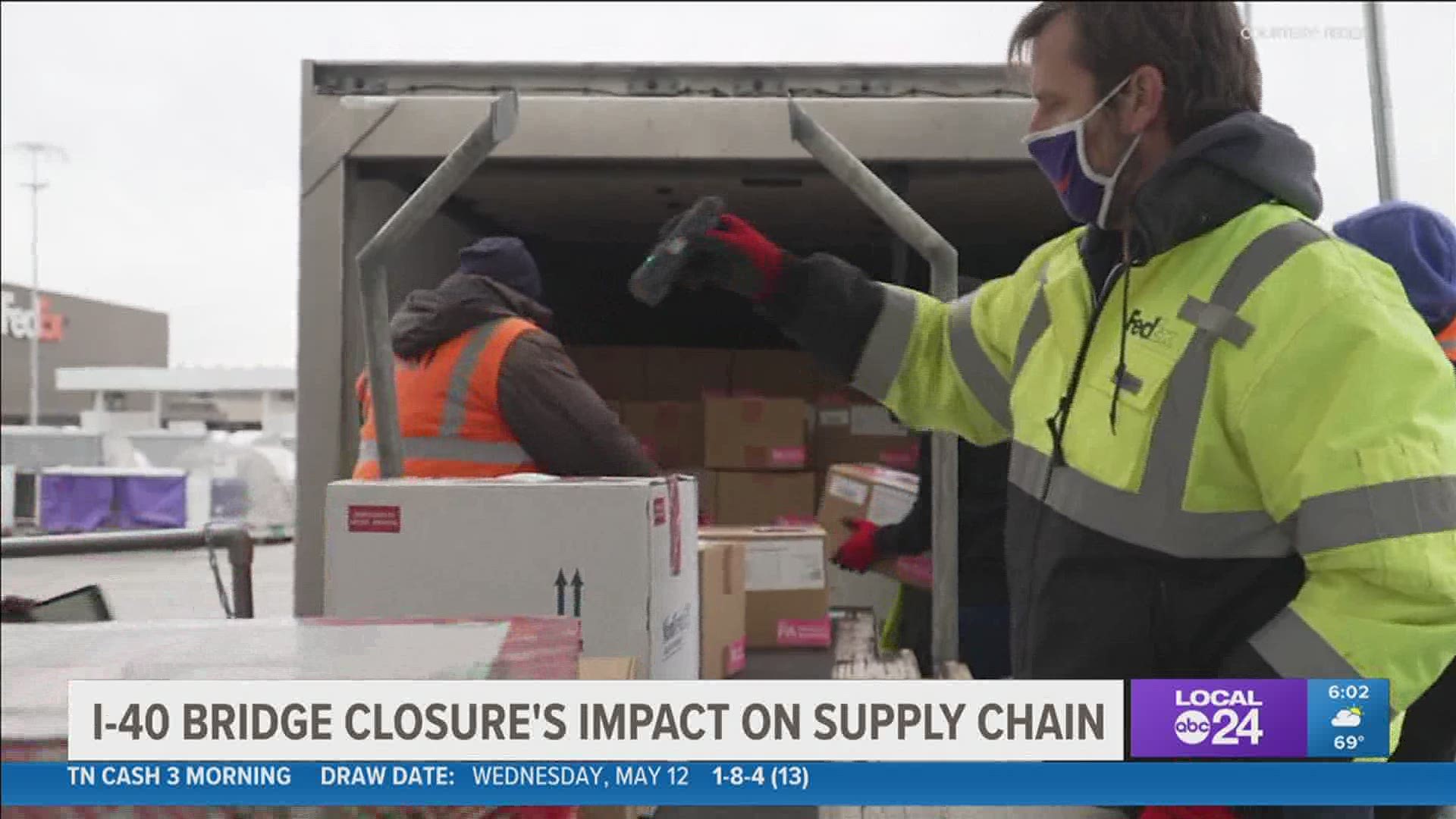 Dr. Abdelnaby spent two years studying motion and vibration on the Hernando de Soto bridge, installing sensors that can warn if there is a potential problem.

"There is something called fatigue failure. It starts to crack with time," said Abdelnaby.

Abdelnaby said often heavy loads and traffic can age a bridge and cause fatigue, where essentially the metal gives way after years of constant bending and stress.

"It starts to crack with time. It can take 10 years, 50 years, 100 years depending on how many cycles and the location," said Abdelnaby.

RELATED: I-40 Hernando de Soto bridge over the Mississippi River could remain closed to vehicles for months