The next door neighbor told Local 24 News he can't sell or rent his home because of the mess in the neighborhood. 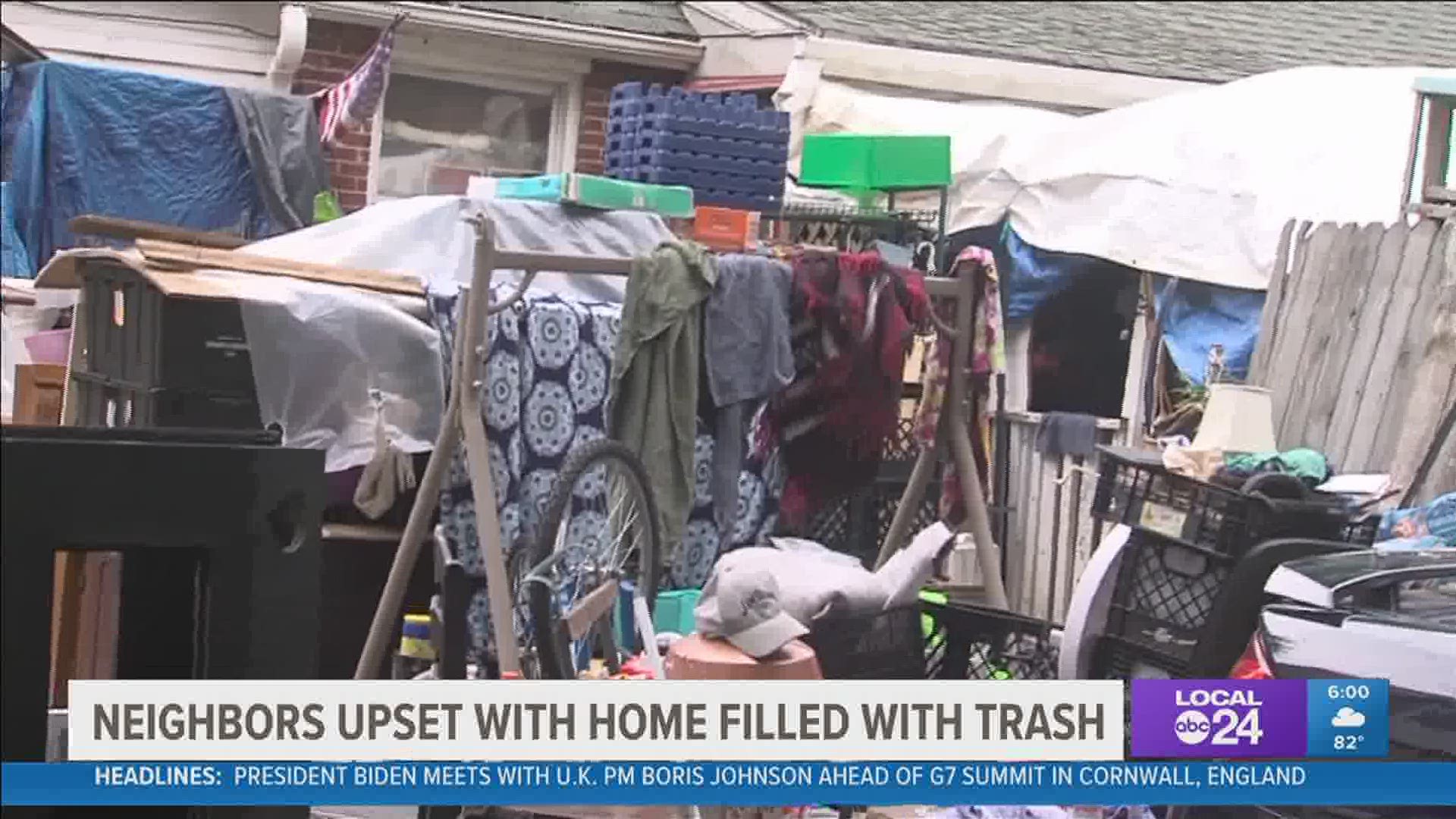 MEMPHIS, Tenn. — People in one Berclair neighborhood say the city of Memphis isn't doing enough about what they say is a house full of rats, pets, trash, and a major eyesore.

It's so bad the homeowner next door said he is going to have a hard time renting or selling his house.

"I'm not sure what's going on. I know neighbors have complained up and down the street about whatever is going on next door," said James Ferris.

Code enforcement was here in February and April and cited the owner. Memphis animal services also went to the home regarding the large number of dogs, but neighbor said it hasn't helped.

"Nothing seems to change. They propped up some fencing around the border of the yard but they seem to have collected more stuff and don't know what's going on," said Ferris.

We found the homeowner inside a car. She wouldn't come out of the car and didn't want to be on camera, but told the Local I-Team she doesn't have a job or working utilities. She said she is working to clean the home up and said the house has only been like this a short time.

Neighbors claim the house has been that way for a while, and they are even more concerned now that the temperature is rising.

"The smell is going to get bigger. Dogs run around cats - they need to clean up," said Cassandra Hughlett. "It stays like that. Code enforcement came through when people complained, and they do nothing. They still do the same thing."

Thursday afternoon, Memphis Animal Services was back at the house dealing with animals. Neighbors said code enforcement needs to do whatever is necessary to get rid of this eyesore

"Something needs to change 'cause I can't rent or sell my property and it's a health hazard for them and other people," said  Ferris.

A spokesperson for the city of Memphis said this is an active code enforcement case that is the process of being summoned to environmental court.

This is what one Berclair man sees out his window! They say hoarding neighbor is out of control pic.twitter.com/j4Yqf3tA51