From Jane Fonda to Danny Glover, celebrities are speaking out against a pipeline planned for the Mid-South

The Byhalia Pipeline would cut through mostly black neighborhoods in southwest Memphis. 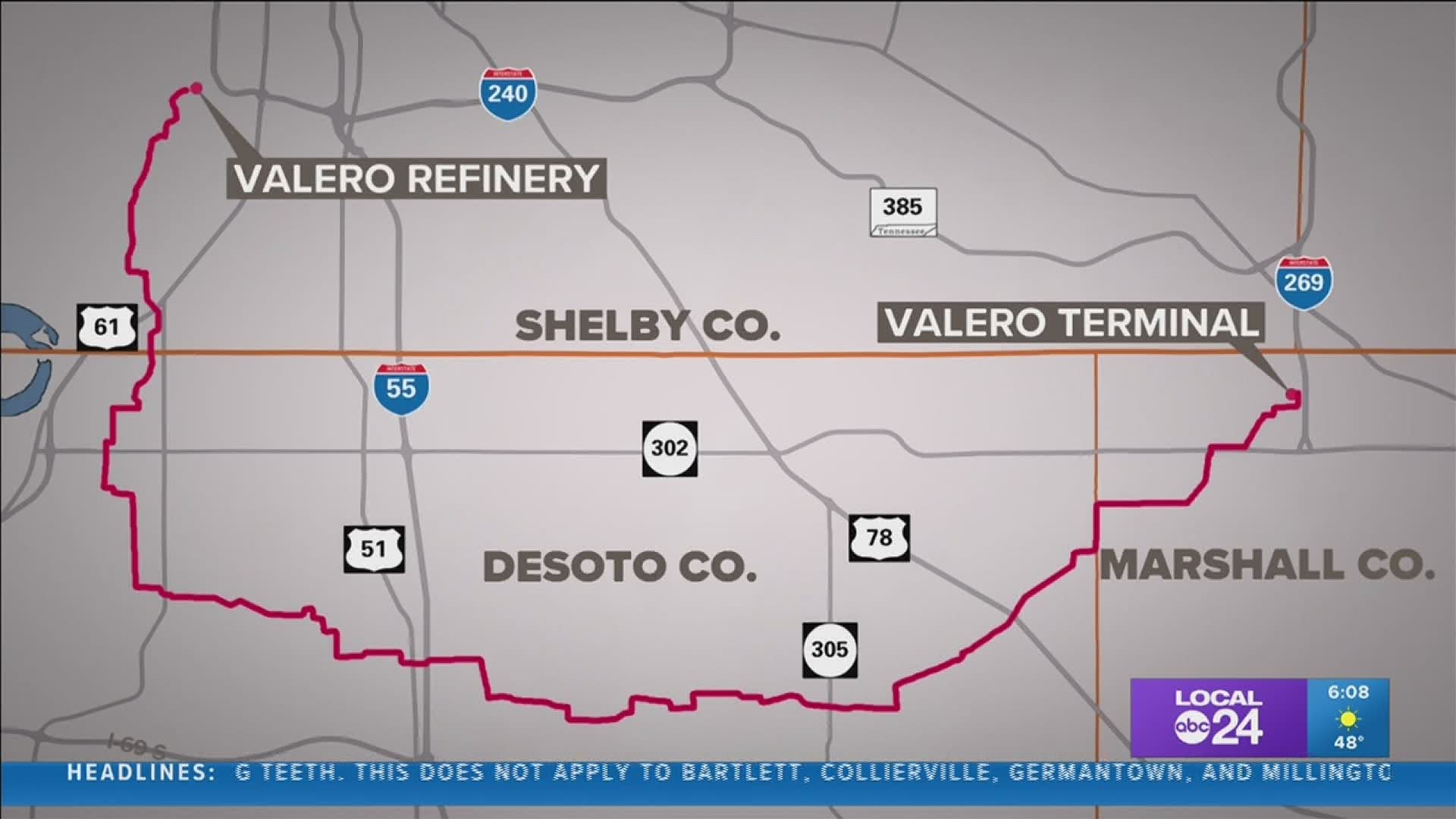 MEMPHIS, Tenn — Hollywood stars and well-known politicians are the latest to oppose the controversial Byhalia oil pipeline planned for the Mid-South.

The 45-mile pipeline would run from the Valero refinery in downtown Memphis through the predominately Black southwest communities of Boxtown, Westwood, Whitehaven, and into Mississippi.

"I graduated from Mitchell High School, which is a few blocks from where this pipeline would be built," said Justin Pearson, spokesperson with the grassroots organization, Memphis Community Against the Pipeline, "There is no good reason we can find for this Pipeline to exist. It's environmental injustice and environmental racism in our city, and we shouldn't be standing for it."

In the past week, celebrities such as Jane Fonda and Danny Glover tweeted about it. Fonda said, "Environmental racism and injustice is happening right now in Memphis." Glover said, he stands in solidarity with the Memphis community against the pipeline. Glover and Fonda asked people to sign a petition against it.

Former Vice President Al Gore tweeted he was against it and Rep. Steve Cohen sent a letter to President Biden asking to administration to stop it.

Memphians & fellow Tennesseans: Let’s stand together against the #Byhalia pipeline, which would further increase global warming pollution while threatening Black neighborhoods and drinking water sources. I urge you to learn more tonight: https://t.co/q6pZCEKewv

"This is one of the most significant environmental justice fights, period, happening in the country, " said Pearson.

Pearson said having celebrities tweeting about the issues elevates the voice of south Memphis and the communities' fight, and expects it will continue to build momentum. "I definitely foresee more people across the country, stars and political figures, who say we have to opportunity to create justice and stop injustice, and we are going to do it and help south Memphis."

In addition to environmental justice issues, there are concerns about the pipeline and our area's water supply.

"This is a multi-million-dollar project for them. They are not going to let some nonprofit, volunteer, or environmental justice--Black Lives Matter folks upset their apple cart," said Jim Kovarik, Protect Our Aquifer spokesperson.

Kovarik's group's biggest concern with the Byhalia Pipeline is what it could potentially do to our water supply.

"The aquifer is the most valuable asset we have in Memphis," said Kovarik.

Kovarik said the Byhalia Pipeline crosses what's known as the Davis wellfield and the MLGW wellhead protection area. "That area is known for its breaches, a lot of which they know - a lot of which they have huge areas hash-marked out that they say are suspected breaches,"

Kovarik said that's important because if the pipeline is constructed, and there is an oil leak or spill, the oil could enter the aquifer and contaminate our water supply. 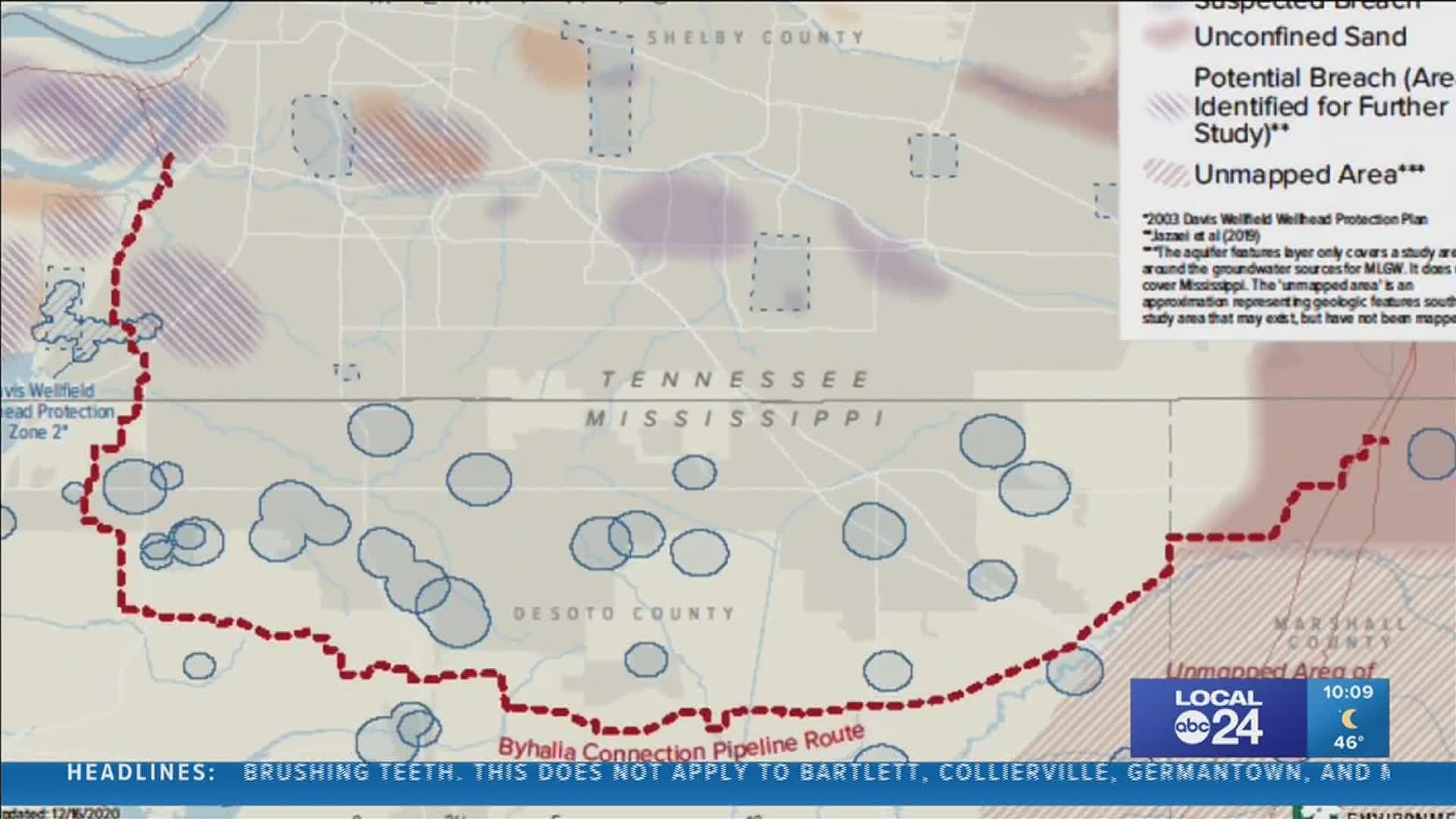 Kovarik said while the state and feds looked at surface water as part of the permitting process, they said looking at the aquifer is beyond their authority.

"No one is really examining the aquifer in this picture," he said.

"All it takes is a small amount of crude oil to damage our water indefinitely. So, this is for our generations to come - trying to protect the aquifer we have in our city and county," said Memphis City Councilman Jeff Warren.

Tuesday, Warren is co-sponsoring a resolution to oppose the pipeline, and an ordinance that would prohibit pipelines without city council approval.

"Our goal for this project is to safely and responsibly build and operate a pipeline that will be a long-term benefit to the community. We are pleased to have worked with landowners to secure agreements for nearly 95% of the route. It’s worth noting that 62 of the 67 of the parcels the project crosses in Shelby County are vacant – which was intentional– to have minimal impact to residents. The Byhalia Connection project secured the state and federal environmental permits required for the project following more than 10,000 hours of environmental field study and analysis. The health and safety of the communities where we operate remains our top priorities and we will continue to provide facts about the project in discussions with community members, business owners and local elected officials."