MEMPHIS, Tenn. (localmemphis.com) – Thinking about getting one of those high-tech Ring doorbell cameras? Consider this, Ring has forged new video sha... 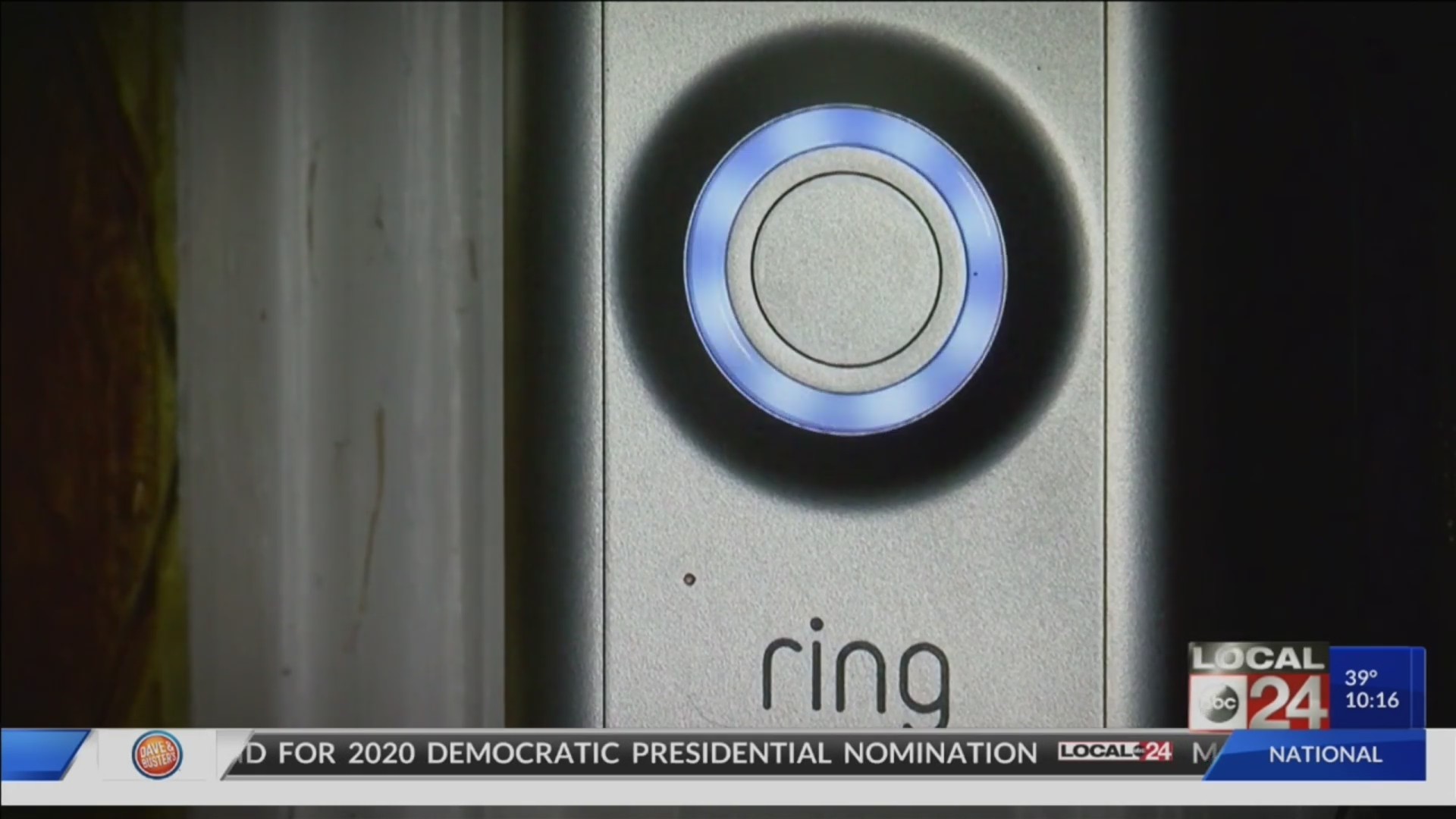 MEMPHIS, Tenn. (localmemphis.com) – Thinking about getting one of those high-tech Ring doorbellcameras? Consider this, Ring has forged new video sharing partnershipswith more than 400 police departments across the country including here in theMid-South.

Critics argue that means you could be sacrificing your privacy,while trying to ensure your family’s safety.

Civil liberties advocates say Ring’s video-sharing partnerships with police departments could pose a threat to civil rights and liberties, especially in minority communities. Others say “Ring” is essentially no more than a high-tech neighborhood watch network.

“They coming in broad daylight. It’s never at night. It’slike 2 in the afternoon,” said Tushana Ross, a crime victim.

Ross says thieves have tried to break into her West Memphis homefive times in five weeks. Her surveillance system caught some of the action oncamera, but she’s hoping the bad guys were also caught on a neighbor’s Ringcam.

“Someone is gonna recognize him,” said Ross.

Ring doorbells record porch pirates, intruders – whoever comesknocking at your door. Ring’s partnerships with police departments allowinvestigators to request video recorded by homeowners’ cameras. West MemphisPolice Department entered into a partnership with Ring this past summer.

“We’ve gotten some good information, especially on suspiciousactivity neighbors have seen. I can’t go into any detail because of openinvestigations, but it has provided us with suspects and good information onoverall activity going on,” said West Memphis PD Capt. Troy Galtelli.

Civil Rights lawyers like Bruce Kramer have concerns,“technology can be used or abused.”

“We have to request anything as far as video from the ownerof the Ring doorbell, so if they don’t want to share it with us, it’s theirright. We can’t just log on and look at somebody’s camera,” said Galtelli.

Sharing video with police is voluntary, but critics point outhomeowners who use “the Neighbors app” are essentially sharing theirvideo with potentially hundreds of other Ring users and police, to use howeverthey want.

Critics have questioned this cozy relationship between Ring andpolice, saying police are essentially pushing a private company’sproduct. This summer, West Memphis police used their official Facebookpage to urge residents to sign up for Ring’s Neighbor app.

Capt. Galtelli sees the Ring partnership as a positive way to openup communication between police and citizens.

In our area, the police department in Oxford, Mississippi has alsopartnered with Ring.

The number of police departments collecting Ring video frompeople’s doorbell cameras is growing. Which is why last month, 30 civilrights groups wrote an open letter to lawmakers, calling for an end to thepartnerships.

As for Kramer, he says this Ring deal with police leaves morequestions than answers.

“If you give permission to the police department, then whatdo they do with it?” said Kramer.

Ring says its mission is to make neighborhoods safer.

FILE &#8211; In this Tuesday, July 16, 2019, file photo, Ernie Field pushes the doorbell on his Ring doorbell camera at his home in Wolcott, Conn. Amazon-owned doorbell camera company Ring is facing questions from a U.S. senator over its partnerships with police departments around the country. Sen. Edward Markey, a Massachusetts Democrat, sent a letter Thursday to Amazon CEO Jeff Bezos raising privacy and civil liberty concerns about Ring cameras that are capturing and storing footage of U.S. neighborhoods.(AP Photo/Jessica Hill, File)

Below are statements and list of information sent to the Local I-Team by Ring.

The Neighbors Active Law Enforcement Map shows all currently active agencies on the Neighbors app and is available for reference here.  For more information on how Ring works with law enforcement, we encourage readers to visit our latest blog post as well as our Law Enforcement FAQ.

General: “Ring’s mission is to make neighborhoods safer. We work towards this mission in a number of ways, including allowing local law enforcement agencies to communicate and share important safety updates with their residents through the Neighbors app. We are proud to work with law enforcement agencies across the country and have taken care to design these programs in a way that keeps users in control and protects their privacy.

We’ve seen many positive examples of Neighbors users and law enforcement engaging on the app and believe open communication is an important step in building safer, stronger communities.”

Q: What do those agreements entail? What incentives dothe departments get for signing an agreement with Ring?

“The Neighbors app is free and available to all residents and community members, including law enforcement agencies, whether or not they own a Ring device. Ring does not require or force police to promote our products, nor do we dictate what police should say regarding Ring and the Neighbors app as a component of our programs. We provide materials and information about the Neighbors app and our services to help ensure they are accurately represented to the public, but we do not require law enforcement to use that information.”

Q: Can police access this video via ring withoutpermission of the homeowner? What do you say to civil liberties advocates whohave privacy concerns about these agreements with police?

Protecting user privacy: “Ring customers place their trust in us to help protect their homes and communities, and we take that responsibility seriously. Home security cameras have existed for decades, and local police have long engaged in the practice of asking residents to voluntarily provide information, including any video recordings, to help the police investigate, solve, and prevent crimes.

The Ring Neighbors Portal allows local law enforcement to share important crime and safety updates with their residents through the free Neighbors app and provides an added layer of privacy to traditional investigative assistance encounters because police are not made aware of who was asked to help with an investigation or if the person chose not to assist.

Ring does not own or otherwise control users’ videos, and we intentionally designed the Neighbors Portal to ensure that users get to decide whether to voluntarily provide their videos to the police. The Neighbors Portal also benefits communities by allowing local police to more efficiently achieve their public safety goals.”