In Lauderdale County, the positivity rate is at 30.1%. 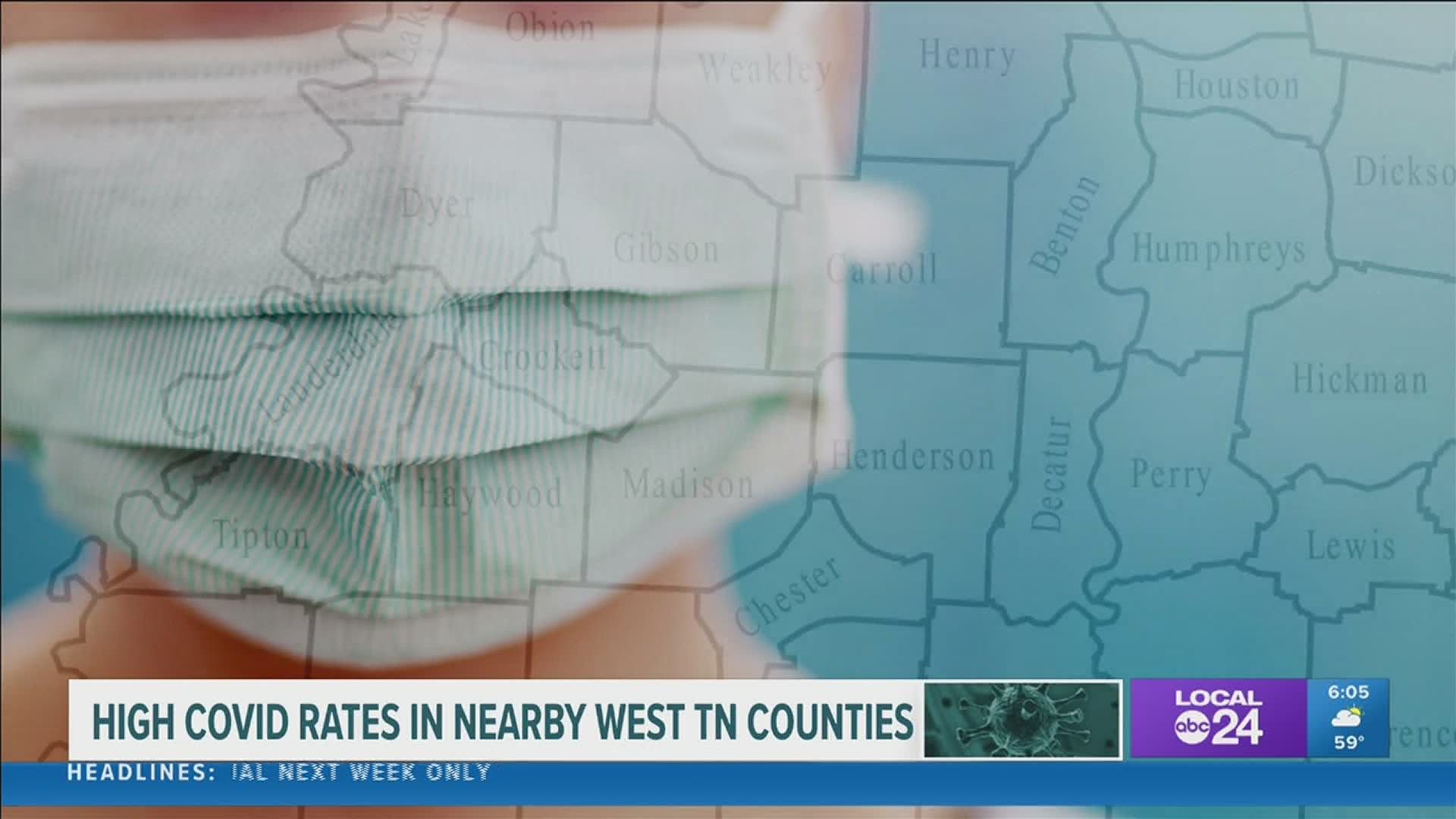 From the Mayor's Office's Facebook page: "Declaration of Public Health Emergency by Lauderdale County Government orders a mask mandate starting tonight (November 13th) at 11:59pm and expiring on December 15th at 11:59pm. We encourage you to continue social distancing and follow the CDC guidelines. Our top priority is keeping our community safe and healthy."

Lauderdale County is just 60 miles north of Memphis, and its 7-day positivity rate more than doubled in the last week.

It's not just Lauderdale County. COVID-19 numbers are skyrocketing in rural counties, yet very few have a mask mandate in place.

The Local I-Team has been trying to get the mayors of West Tennessee counties to go on the record regarding why they won't issue mask mandates. Several didn't return our calls. Others said it's not needed or believe it should be a personal choice.

"I'm disappointed we don't have more counties joining in. We need to fight this regionally instead of locally," said Dyer County Mayor Chris Young.

Young doesn't understand why other West Tennessee county mayors won't step up and issue a mask mandate. Even with a mandate, Dyer County's positivity rate is 23.8%. Young believes if surrounding counties would mask up, it would help Dyer County's rate go down.

"We've got to see our positivity rate go down and numbers down before we can return anything back to normal," said Young.

In addition to Dyer County, adjoining Lake County, whose rate is 19.9%, recently did implement a mask requirement, but the majority of the other west Tennessee counties have not - despite some having positivity higher than 20%. Obion County is sitting at 21.5%.

"I support a statewide mask mandate because It's difficult when you take this checkerboard approach county by county," said Tipton County Executive Jeff Huffman.

Huffman said while he supports a statewide mandate, he has not put a county mandate in place. But he said he is watching the numbers and may have to soon.

RELATED: COVID-19 is not magically going away, and wearing a mask is not a political issue

"At the end of the day, I'm trying to keep people from getting sick and some people from dying," said Huffman.

"There have been a few events in Covington, like the Heritage Day festival, that caused some spread. There were a lot of people - they weren't wearing masks. I think we are paying the price for that now," said Huffman.

Huffman said there has been enough demand for testing in Tipton County that next week they will increase the hours the health department is open for testing.

Fayette County's rate is lower sitting at 11.1%. The mayor told the Local I-Team he is watching the situation but doesn't believe one is needed at this time.

We're told Lauderdale's spike is connected in part to an outbreak at the prison. The mayor there has yet to call Local 24 News back.

1 / 3
Local 24
This graph shows new Coronavirus cases in Shelby County. The dotted line represents the 7-day average on each day. The largest daily increase was July 14th with 700 new cases.