According to the sheriff's department website, the 18-year-old's mother works at the sheriff's office. Social media also identifies his sister works there too. 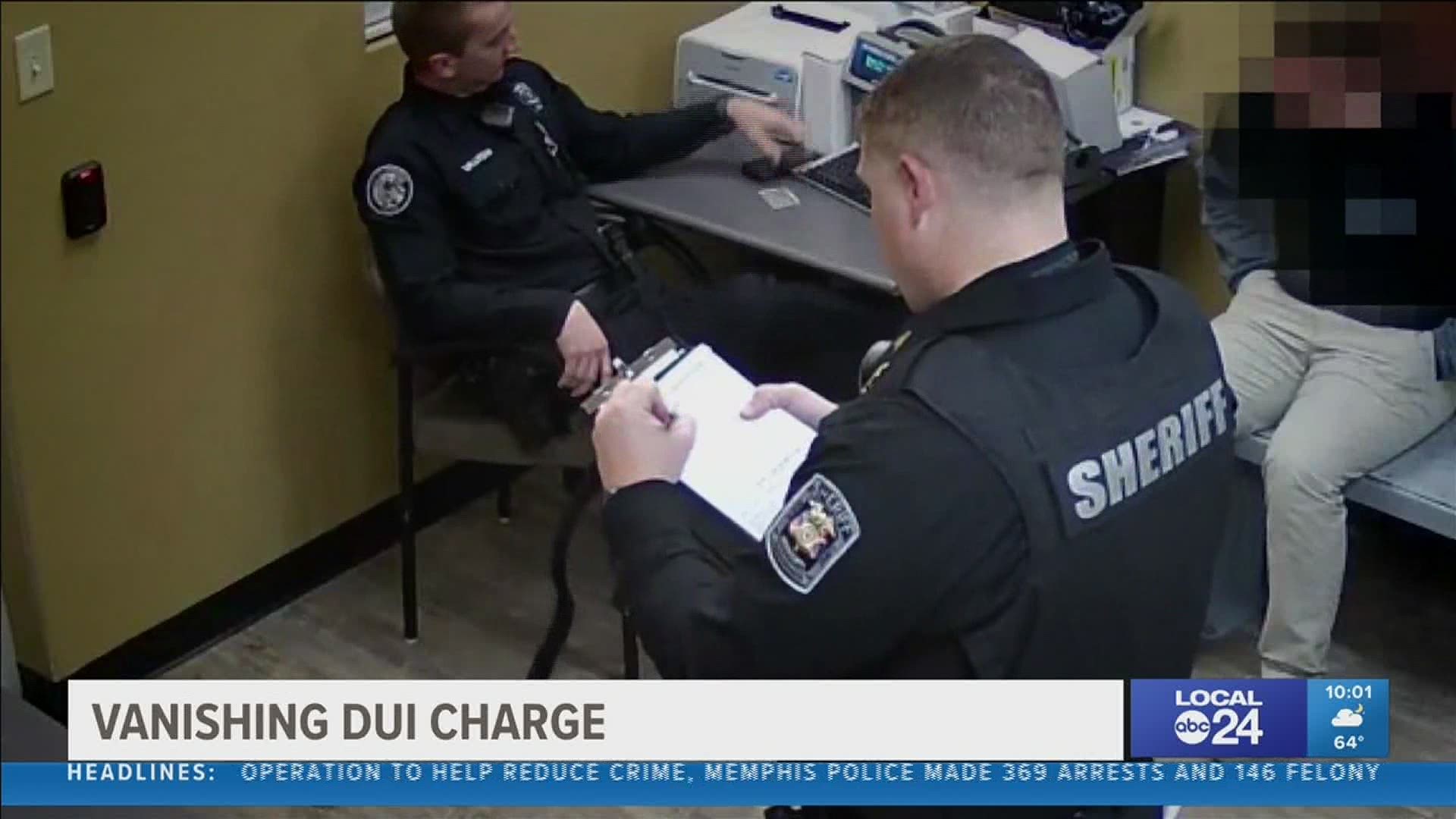 HERNANDO, Miss — If you are pulled over for drunk driving in DeSoto County, even if you register above the legal limit on a breathalyzer test, the DeSoto County sheriff could drop the charge.

Local 24 News investigators are digging into what happened when the underage 18-year-old son of a long-time sheriff's department employee got arrested for allegedly driving drunk. In this case, DeSoto County Sheriff Bill Rasco admits he intervened and said it's not the first time he's done it.

According to police records, in February of 2020 the DeSoto County Sheriff Department found an 18-year-old passed out behind the wheel at the corner of Byhalia Road and Foxwood Circle. A deputy reported there appeared to be dried vomit on his pants. Video shows the male was taken into custody in handcuffs. The police report says that, because the sheriff's department’s intoxilyzer machine was broken at the jail, he was taken to the Hernando police station to be tested there.

"I believe it was .14, which for a juvenile is 7 times the legal limit," said Scott Worsham, Hernando Police Chief.

On the video, you can see the sheriff's deputy writing up what we're told by Worsham was the DUI ticket. And the intoxilyzer report lists the ticket number as DC-17005782. The report says it was assigned to Judge Russell in DeSoto County Justice Court.

"As it pertains to the HPD, we did our job. We did exactly what was asked of us to do and what happened past him leaving our building, I couldn't tell you," said Worsham.

You can see the 18-year-old leave in handcuffs, but the DeSoto County Sheriff's Office can't produce a mugshot, arrest ticket, or any other documentation proving this man was ever booked into the jail or charged with drunk driving. In response to a records request, we were told, it doesn't exist. Even though the DeSoto County Sheriff's Department police report says he was taken to the jail and processed.

When asked where the arrest ticket and affidavit are, Sheriff Rasco responded, "Well, that I'll have to look in and see." He added, "We brought him to jail, and he spent his time in jail and he wasn't drunk when he went home."

According to the sheriff's department website, the 18-year-old's mother works at the sheriff's office. Social media also identifies his sister works there too.

Sheriff Rasco: "We are not here to talk about his family."

Jeni Diprizio: "What about his sister?"

Sheriff Bill Rasco: "We are not here to talk about his family."

Jeni Diprizio: "Did he get special treatment because his mom and sister work at the sheriff's department?"

Sheriff Bill Rasco: "No, they did not."

Jeni Diprizio: "Why would the case not be allowed to proceed through the court system like any other case?

Sheriff Bill Rasco: "Well, I wanted to help the young man out and that's what I decided to do."

Jeni Diprizio: "Are there other cases where you have given other people the same treatment?

Sheriff Bill Rasco: "There are cases I have given people the treatment, yes. Gotten them out of jail, sure has."

The incident happened on February 27, 2020, but according to the date on the police report, it wasn't written until two weeks after the incident. And it was only written according to the Hernando police chief after his officers requested paperwork so they could file what was needed for their record-keeping because it was Hernando's intoxilyzer that was used.

"I do know that there was a delay in us ascertaining records from the sheriff department back on that incident. When we requested those records, we were told we couldn't have them," said Worsham.

Jeni Diprizio: "Would you consider this a cover up?"

Sheriff Bill Rasco: "No ma'am, sure wouldn't consider it a cover up. Why would there be a report if there was going to be a cover up?"

Sheriff Bill Rasco: "Well, y'all are coming a year later to ask about it."

After Rasco finished the interview, his chief deputy, Justin Smith defended his boss.

Jeni Diprizio: "I asked for a booking ticket, arrest ticket, mug shot and none of that exists?"

Justin Smith: "You’re right. I understand that and that's something he has done for other people that has nothing to do with relationships."

University of Memphis law professor Steve Mulroy isn't familiar with this case, but says even if law enforcement decided to drop the charges the paperwork should still be produced.

Rasco says since that day, the 18-year-old at the center of this has turned his life around and sums up what happened, this way: "If I didn't cover it up, what happened? I just helped the young man get out of jail and not be prosecuted. I did."