The $60 million renovation is expected to take just under two years to complete. But the makeover is not without controversy. 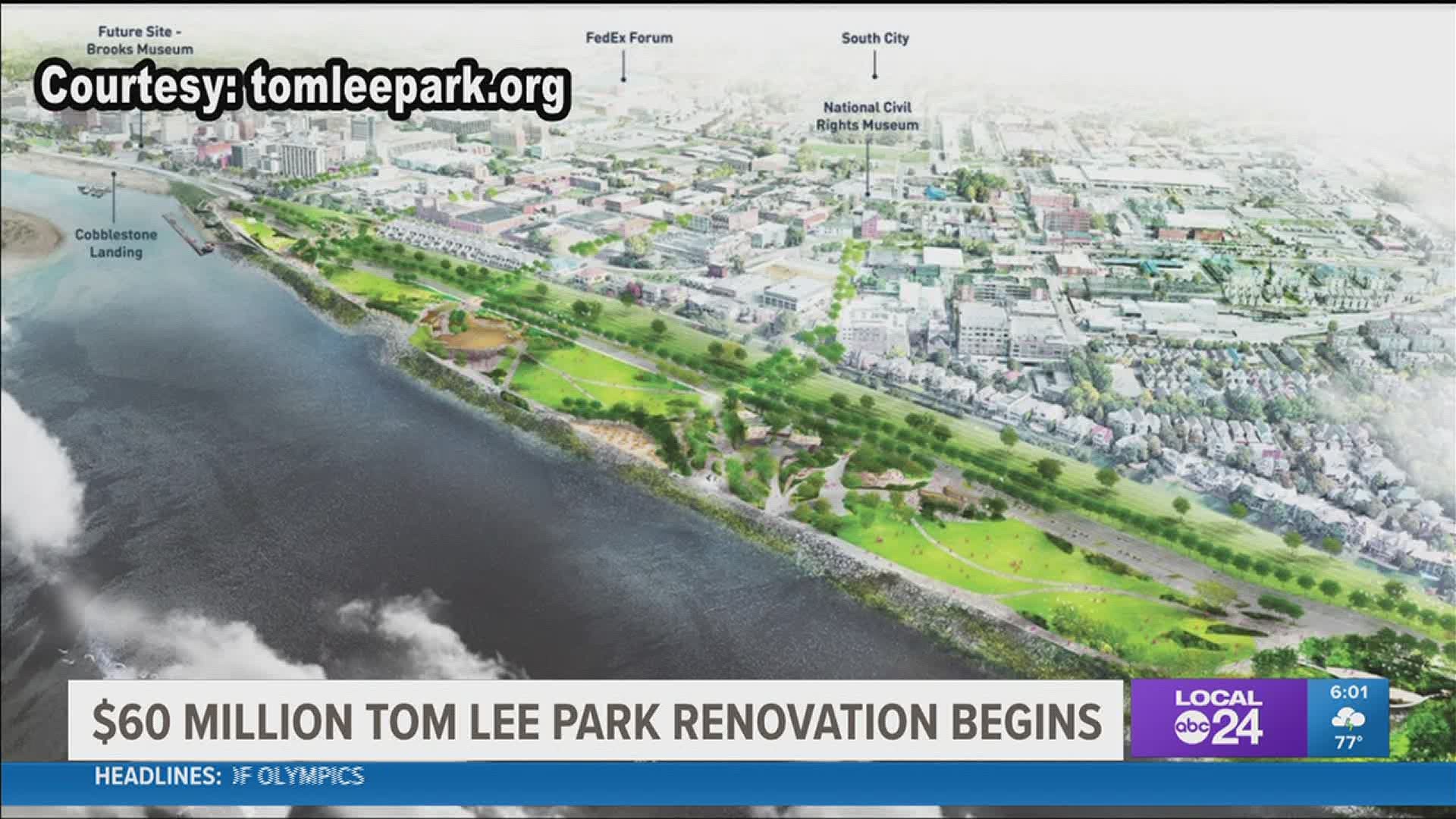 The $60 million renovation is expected to take just under two years to complete. The park will remain closed while construction is underway.

"This is really going to be not just a park but a riverfront district we are building," said Carol Colette, Memphis River Parks Partnership President.

The renovation is not without controversy.

When the renovation plans were originally unveiled in 2019, Memphis in May leaders said the plans would drastically reduce the festival space. Memphis in May and the Memphis River Parks Partnership went into mediation to try to find a compromise. That compromise would allow for park renovations and enough space to hold Memphis in May events such as the Beale Street Music Festival and the world championship BBQ cooking contest.

How it started ➡️ How it's going ➡️ How it will be⁠ ⁠at Tom Lee Park 🚧🎉 pic.twitter.com/dwXXydmthN

RELATED: Designers back in Memphis to rework renderings for Tom Lee Park redesign

"We are lucky to have this river front. It's unmatched anywhere else really in the country," said George Abbott, MRPP spokesperson.

Abbott said the new Tom Lee Park will have four separate zones divided by large lawns which can be used for Memphis in May activities.

"It's going to have something for everyone. Whether you like to come down and work out, or whether you like to sit in a quiet place, or you want to learn about the ecosystem of the river, or want to sit by the river and watch the barges go by," said Abbott.

The renovation will include a new memorial to Tom Lee.

Of the $60 million being spent for the makeover, about $30 million is coming from private donations, and $30 million from public funds - a combination of city, county, and state dollars.

Thursday, folks along the riverfront had different thoughts about whether this was a good use of taxpayer dollars.

"If it's worth it to spend money to people get outside and active, it's money well spent on public health," said Zoe Kearns, Memphis resident.

"I think it might be better used in other places in Memphis - not just downtown - like in the poverty-stricken areas that money could be used there instead of here," said Kunel Patel, resident.

Abbot is aware of the criticism. After all, there have been more than a dozen riverfront plans and studies over the decades, and the last major project - Beale Street Landing - went millions of dollars over budget.

Abbot said this project is different.

"I think for the first time, this is a transformation that's big enough to have the intended impact," said Abbott?

The goal is stay on time and budget and to have the park back open in time for the 2023 Memphis in May festival.

Memphis in May is still finalizing next year's temporary location.

As for Riverside Drive, for now it remains open to traffic during construction.

The full plans for the Tom Lee Park renovation are here.

How do you feel about $30 million of public funds being spent on this project? What would you like the public money to be spent on? Email your ideas to Jdiprizio@localmemphis.com.