Environmentalists concerned about plans for TVA coal ash clean up

TVA said the plan is to send ash to a south Memphis landfill. 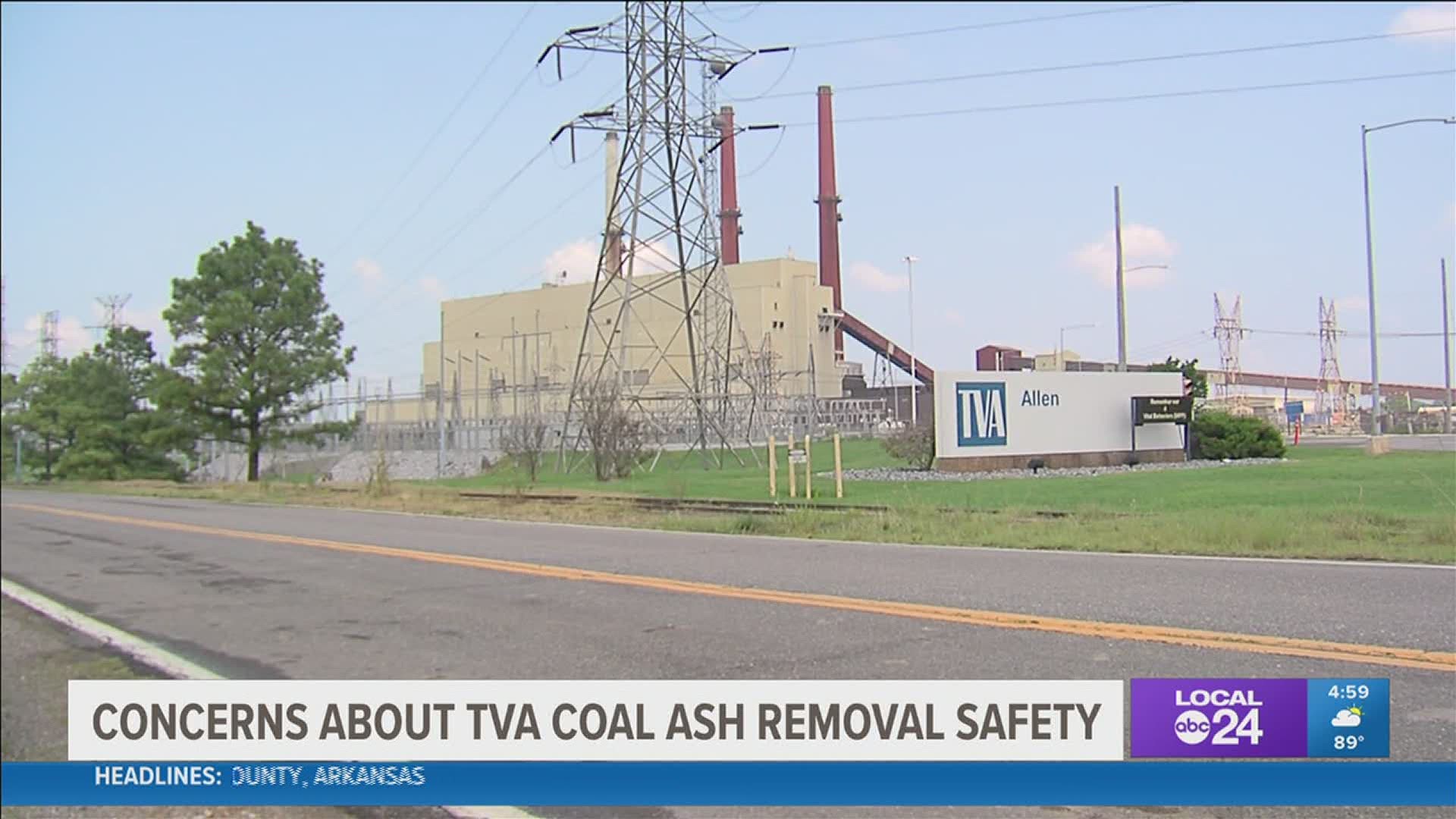 MEMPHIS, Tenn. — There is growing concern about the Tennessee Valley Authority's plan to haul hazardous coal ash from the old Allen plant on President's Island across the south side of Memphis.

The plant was shut down in 2018 and the material needs to be removed from the site.

Environmentalists and those potentially in the path of those trucks have a lot of questions.

"The federal definition of coal ash falls short of calling it toxic, but it has toxic stuff in it and people get sick from it," said Scott Banbury with the Sierra Club.

Banbury said he is concerned about what will happen to the coal ash from the old TVA Allen fossil plant.

Three million yards of ash, the leftover product from when it was a coal burning power plant, needs to be moved from the site. Tuesday, Memphis City Council members were surprised to learn the TVA planned to move the ash to the South Shelby landfill on Holmes Rooad.

"I would like to know how you are actually moving this ash across South Memphis and how are you dumping it in South Memphis," said council member Cheyenne Johnson.

RELATED: MLGW rates will increase, if changes aren’t made, according to report

The distance between the Allen plant on President's Island to the South Shelby landfill is about 20 miles. While an exact route has not been announced, environmentalists are concerned not only with what is being transferred, but how it will be transported, and the route it will go.

"It’s going to take 8 or 9 years, several hundred of trucks a day, and it’s going to be something we are living with, and we have to know it’s safe," said Banbury.

"What is the plan going to be during rush hour ? Are they not going to run trucks while kids are going to school in the morning, and people going to work and same in the evening time," said Banbury.

TVA has said the trucks will be tarped. Safety precautions are being put into place for when remediation begins.

During the council meeting a spokesperson said they've been working with the state on an action plan to clean up the site.

"When we get to the end in 2030, not only will the material be gone, we anticipate the ground water will be cleaned up and the site will be restored for future economic development," said Scott Turnbow, TVA V.P.

Environmentalists said accidents can happen. They point to the TVA's coal ash spill on the east side of the state in 2008.

Banbury said TVA still needs to get proper permits before they can move forward with cleanup. He wants a public hearing to be held so the community will be aware of the potential risks.

TVA Briefs MLGW Board on Extensive Efforts to Ensure
the Continued Protection of the Memphis Aquifer. Click the link below to read the news release and view the full PowerPoint. https://t.co/y0g7PjfDCY pic.twitter.com/k8m3s7eG6o