The Shelby County Register of Deeds is hoping Tennessee lawmakers will stiffen the penalty for presenting fake documents. 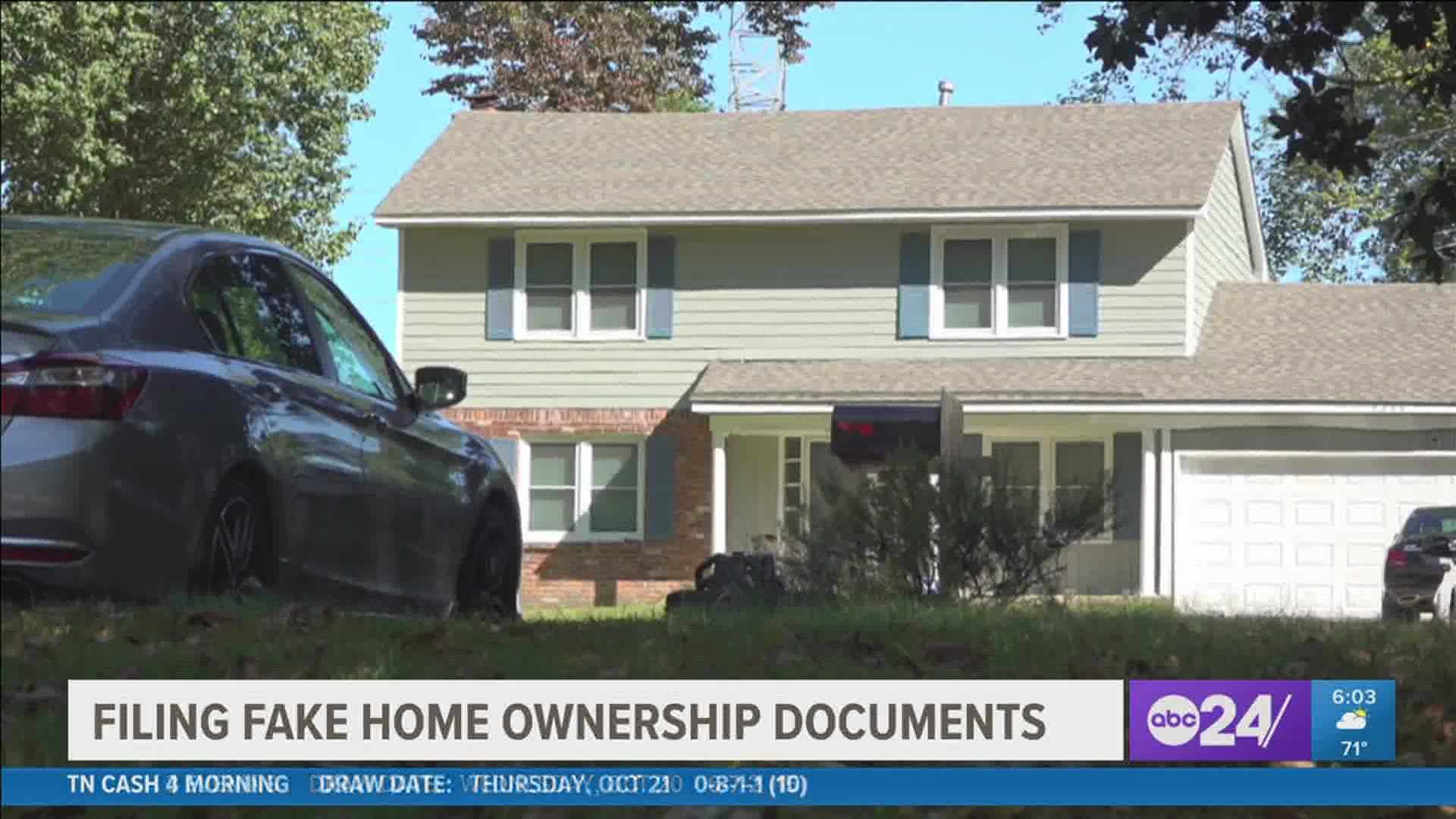 MEMPHIS, Tenn. — Imagine you think you own your home, only to find out someone has filed fake documents with the county and tried to steal it out from right under you.

The Shelby County Register of Deeds, Shelandra Ford, said fake deed fraud is on the rise, and laws need to be changed to stop it.

Many homeowner victims don't even know it has happened until its too late.

A quitclaim deed is a document that essentially transfers ownership or the right to property another person.

The Shelby County Register of Deeds said sometimes scammers straight up forge documents to claim possession of the home.

For example, you may remember several years ago when self-proclaimed sovereign citizen Tabitha Gentry squatted on a $2 million mansion in East Memphis. She was eventually convicted of theft and sentenced to 20 years in prison.

"It’s easy for someone to take over ownership, such as a sovereign citizen or anyone else, because they can go in and fake factious documents and say 'I am the owner of this property'," said Ford.

.@maringov unveiled a new notification program to combat deed fraud, a fast-growing type of identity theft in which #scammers forge your name and steal the title to your home. https://t.co/B79SnZqU6l Oh no, another thing to put on our #elderabuse prevention radar!

RELATED: "It's pretty frustrating to have my mom sleeping in someone's living room" | Mid-South woman desperately hunts for new home

Ford said other times vulnerable people are conned out of their homes.

"They are going door to door and speaking with a lot of elderly people in Shelby County. And they are saying if you're behind on your mortgage or your taxes, just sign these documents," said Ford.

Ford said part of the problem is under Tennessee law, the Register of Deeds office is simply the legal record keeper of Shelby County. It has to accept the documents if they meet legal requirements, and can't question or reject documents or even ask someone for identification.

"We're receiving these documents daily. We should be able to determine, set perimeters in place, to protect our customers throughout Shelby County," said Ford.

Ford is working with lawmakers to hoping to change the current law to increase the penalty for fraud to a D felony.

"We know it’s a problem, and we know the only way we are going to find to be able to deter it, is to make it costly and make it a deterrent in terms of money and jail time," said Rep. G.A. Hardaway, (D) Memphis.

In the mean time, the Register's has set up fraud alert on its website you can sign up for in case someone files something under your name business or address.