As fatal boat accidents are on the rise in Tennessee, leaders are urging people to boat safe this Memorial Day weekend 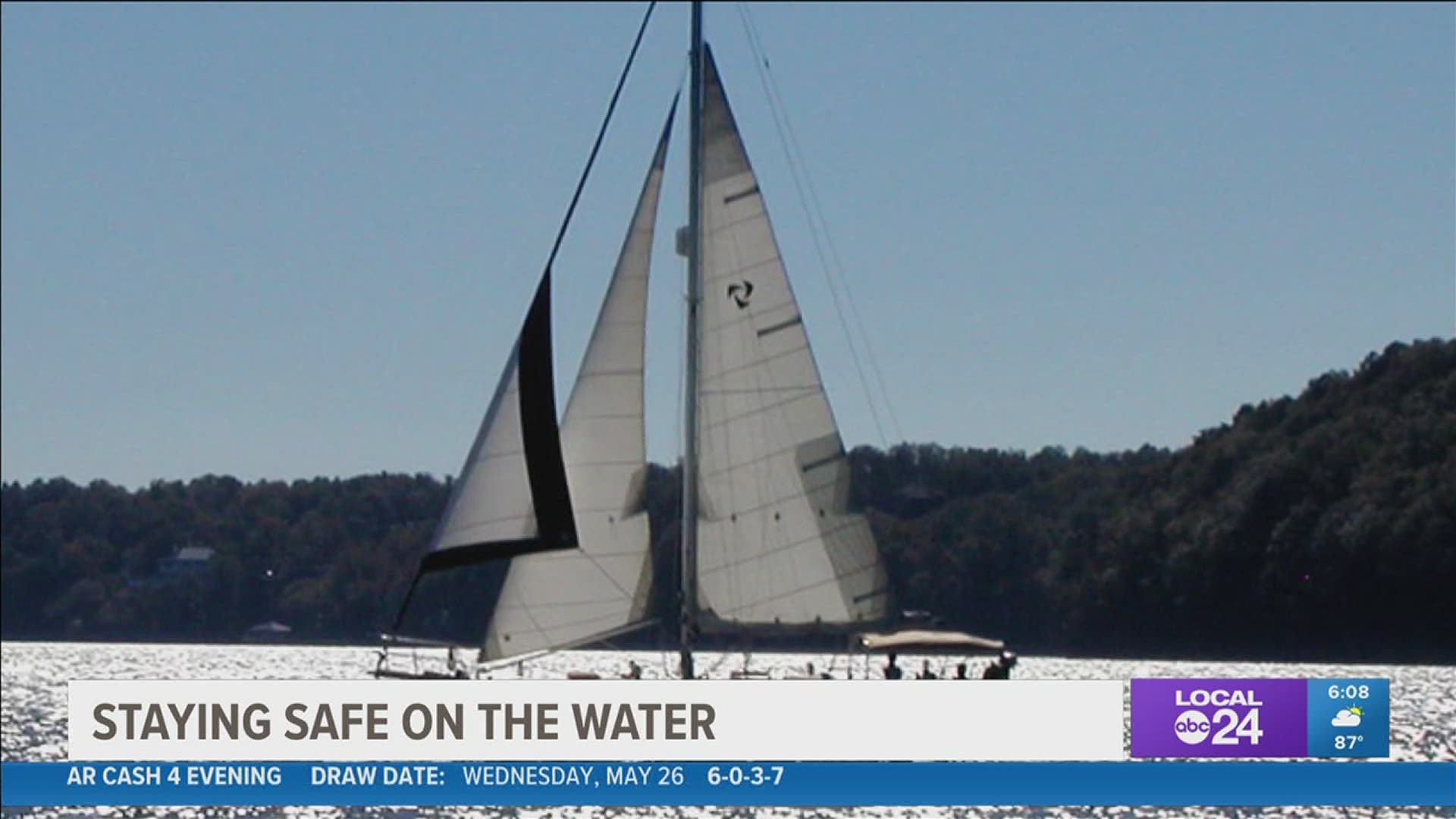 MEMPHIS, Tennessee — If you are headed to the lake this Memorial Day weekend, remember to stay safe on the water.

More than 30 people died on Tennessee waterways last year, according to the Tennessee Wildlife Resources Agency. And the 2021 season is already off to a deadly start, with eight deadly accidents so far this year.

"All of a sudden, we hear an explosion sound," said boater Mark Hinrichs.

Mark Hinrichs said that's what happened when his sailboat was hit by a 14-year-old jet skier while anchored in a cove several years ago.

"Had I not had the supplies on board to patch the boat, it could have sank," said Hinrichs.

Hinrichs said his boat needed major repairs. As for the jet skier?

"There was no ticket issued, no warning to the young man that we know of. The insurance, what little there was didn't come close to pay for damages," said Hinrichs.

"Last year was a record year unfortunately for boating accidents in Tennessee, and that was due to the pandemic," said Tennessee Wildlife Resources Agency spokesperson Amy Snider.

The number one cause of injury incidents was "improper lookout."

"I think you had an influx of people at the lake last year, and it was extremely crowded almost every weekend," said boater Joseph Harris.

Harris said because of COVID, lakes were packed, but added, "I think 99% of the people out there are pretty responsible boaters and know what they are doing."

But accidents do happen.

According to the 2020 state data, boat operators between the ages of 46 and 50 were most likely to be involved in boat incidents.

16 to 20-year-olds were most likely to be in personal water craft incidents.

Smaller Boats - those under 26 feet - were involved in the vast majority of fatal accidents.

"You have to watch out for everyone else around you," said Harris.

Harris said if you pay attention, you probably won't have any major problems. He also said he would like the state to offer more incentives to people to take boating safety classes and have more course instruction options.

And since this is National Safe boating Week, Snider's advice on the water is to be careful, wear a life jacket, and make sure you know what you are doing.

"Have a good time but always be safe," said Snider.

The 2021 National Safe Boating Week is May 22-28 and the TWRA will be participating to promote the wear of life jackets as the summer boating season starts. Read more: https://t.co/qH71pfxJPl#tnwildlife #nationalsafeboatingweek #safeboatingweek #NSBW2021@BoatingCampaign pic.twitter.com/McngEa67hx