MEMPHIS, Tenn. (localmemphis.com) UPDATED: – Family members of a murdered 2-year-old boy are pointing fingers at the State of Tennessee, saying not enough... 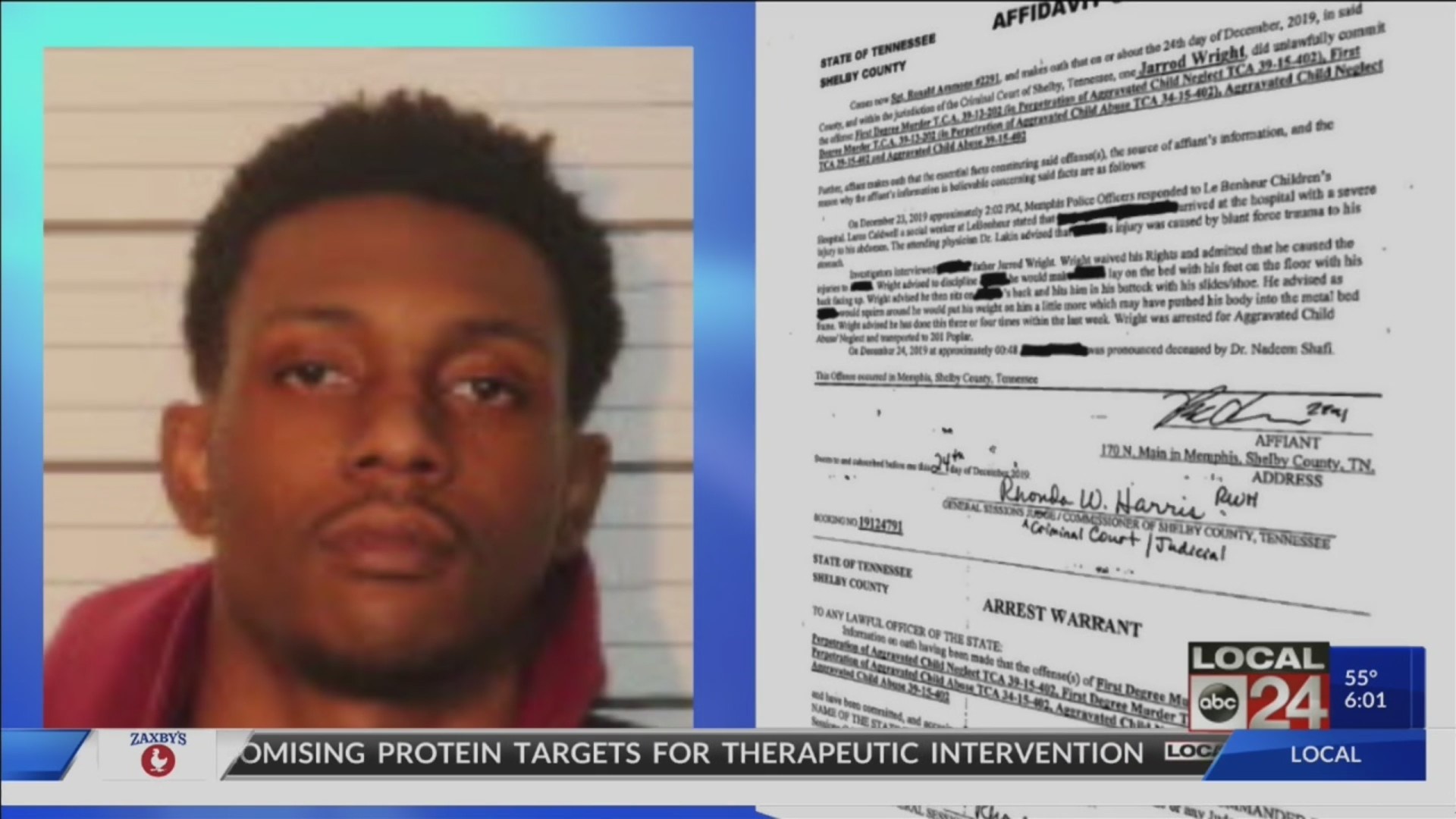 MEMPHIS, Tenn. (localmemphis.com) UPDATED: – Family members of a murdered 2-year-old boy are pointing fingers at the State of Tennessee, saying not enough was done to protect the child. 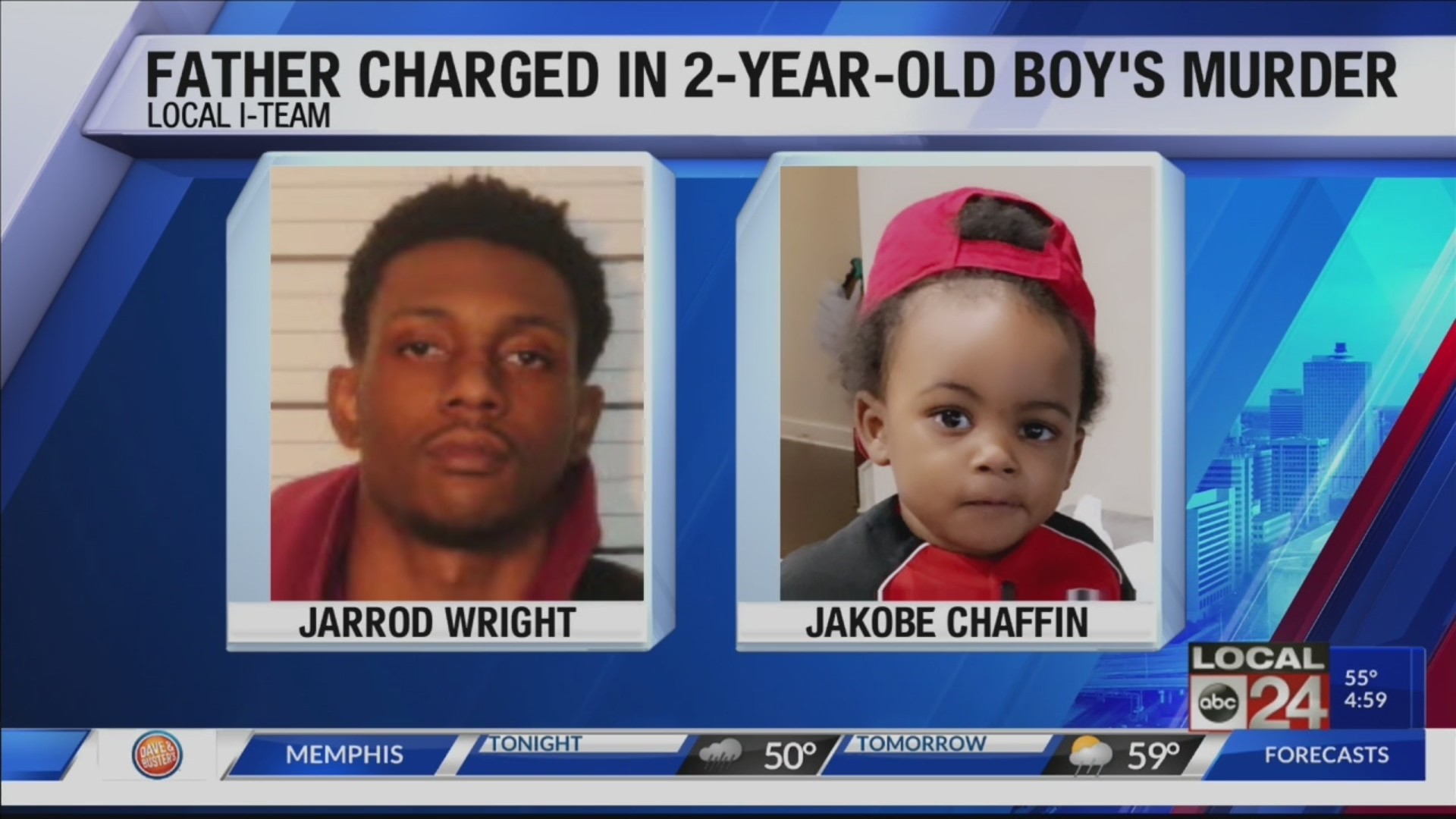 Accordingto the police affidavit, 2-year-old Jakobe Chaffin was taken to Le Bonheur theafternoon of December 23, 2019, with a several abdomen injury. The doctor saidthe injury was caused by “blunt force trauma” to the toddler’s stomach.

Accordingto the affidavit, Wright admitted he would discipline the boy by making him lieon a bed with his feet on the floor, back up. He said he would sit on the boy’sback and hit him in the buttocks with his shoe. According to the report, Wrightsaid when the boy squirmed, he would put more weight on his back, and that “mayhave pushed his body into the metal bed frame.” According to the report, Wrightadmitted to doing this three or four times in the week leading up to the tripto Le Bonheur.

Family members told the Local I-Team they filed abuse reports,but nothing was ever done.

The uncle of the child said he personally called the Department ofChildren Services ten times: twice in Georgia where the family first lived,plus eight times in Tennessee after the child and his parents moved to Memphis.He said nothing was ever done.

This 2 year old died Christmas Eve. His father is charged with his murder. Family members say they called DCS 10 times to report abuse but noting was ever done pic.twitter.com/9ilXDIQR1G

“The system definitely let us down. The system definitelyfailed Jakobe,” said Corey Hayes via a Facebook messenger interview. “Ifiled a total of 10 cases because each time I filed a case, the case wouldautomatically get closed. So I was wondering how would they close the case whenthey haven’t even seen the children,” said Hayes.

Chaffin said one case worker told him that at one point, someonewent to the house, but no one would answer.

In another instance, Hayes said he was told, “his case satfor months on an empty desk for someone who no longer works for the agency, iswhat I found out.”

“He was a beautiful kid. He had a lot of things to do on thisearth and his life was cut short by his father. That hurts,” said Hayes.

The two year olds funeral is tomorrow. His father is in jail facing murder and abuse charges. Here from the child’s uncle tonight at 5 who says the system failed this child. pic.twitter.com/9LG9U3Gyzo

Hayes said he plans to do whatever he can to hold the stateaccountable.

“The ball was dropped multiple times in this situation. Ijust hope they do something internally to fix this so where this doesn’t happenevery again. I wouldn’t wish this feeling on anyone,” said Hayes.

Hayes said two younger children were taken into state custodyafter the 2-year-old’s death. He said both had injuries from abuse.

The child’s funeral is Friday.

Nobond has been set, and Wright is due in court January 8th.

The Local I-Team has asked the Department of Children Services about the family’s claims that their abuse reports went unanswered.

We received the following statement:

The death of a child is heartbreaking and tragic and to learn that it may have been at the hands of an adult, or even a parent, is unthinkable. While state law prohibits us from commenting on specific details, even the release of a name, I can confirm that DCS has opened a case into the death of this two-year old boy and had opened two previous investigations and in both instances made extensive efforts to try and locate the family. This agency will continue to do everything we can to help police and prosecutors as they work to ensure that justice is served for this child.