Fed up residents along Levi Road have gotten a grant to put up a camera to catch people who are illegally dumping. 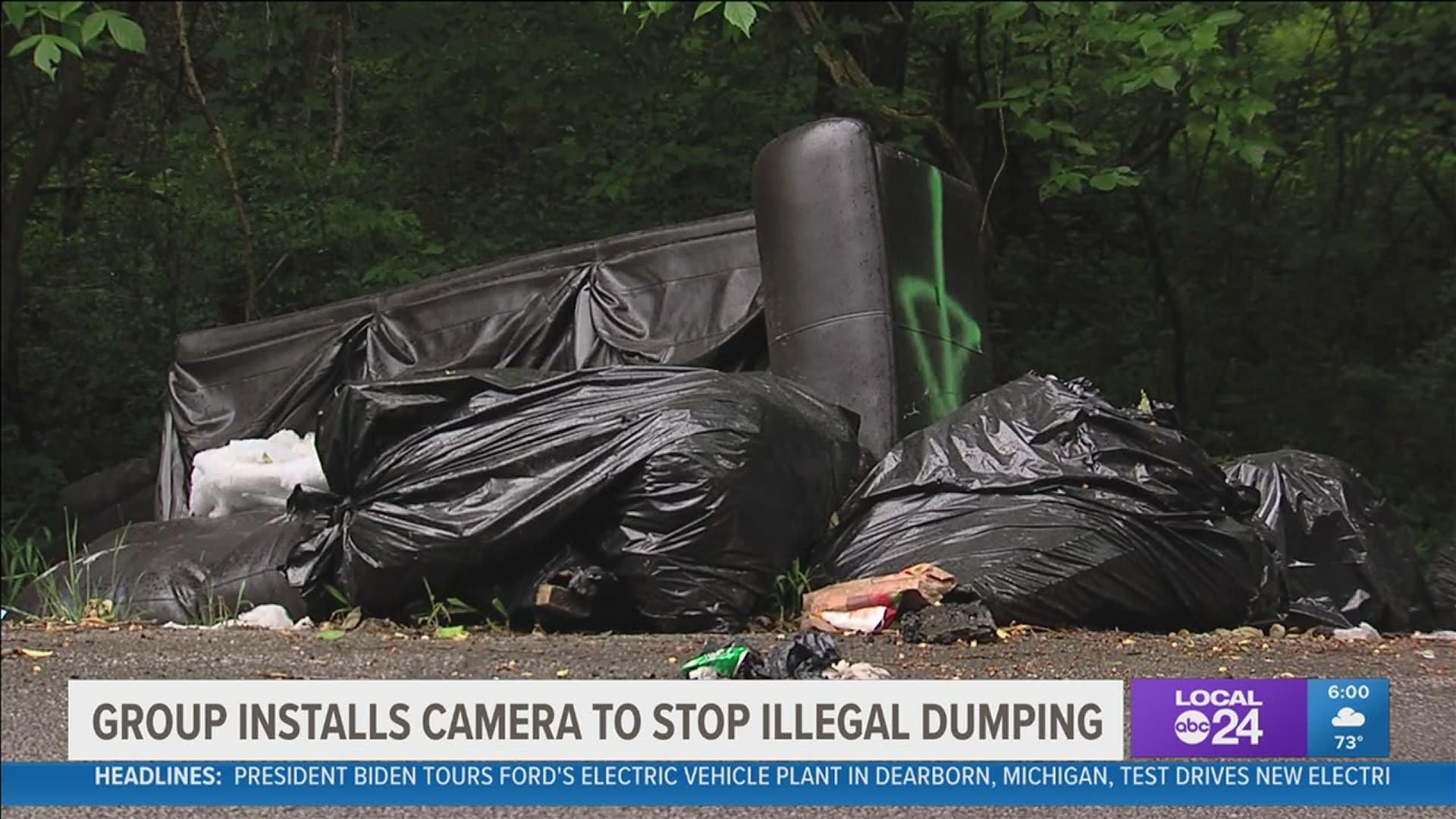 MEMPHIS, Tenn. — A Memphis nonprofit has had it when it comes to illegal dumping. The group "My Zip" is so frustrated, it had a camera set up to catch illegal dumpers on Levi Road near Whitehaven.

It is a month-long pilot program in an attempt to find out if cameras will stop the illegal dumping. Drive down Levi Road and you will see piles of tires, plenty of trash, and even sofas line the street. One woman said it's got to stop.

"It's not going to go away until we make it go away," said Dr. Yvonne Nelson, My Zip Spokesperson.

Nelson, with help from grant from the city of Memphis, has put a camera right in the middle of the road. Beginning Wednesday, it will be monitored in hopes of either catching illegal dumpers. Nelson has seen first-hand what a challenge it is keeping this dumping hotspot clean.

"It will get clean. Two weeks later it's right back a mess," said Nelson.

Here is a list of the 173 illegal dumping reporters to 311 for the past month. Not a math major but if I did the math problem correct it’s about 5.76 reports a day pic.twitter.com/gwl4FEH6mj

"We have hidden cameras in known dumping locations. We are constantly putting them up, moving them, adding them based on what we see - and that's the evidence we need to find the person responsible to prosecute them," said Robert Knecht, Public Works Director for the City of Memphis.

Knecht said he knows catching illegal dumpers can be challenging.

Right now, the city has 65 hidden cameras placed at dumping hotspots, and another 100 cameras are about to come on line. Knecht said his department has more than a dozen code enforcement inspectors, spends $6 million a year on illegal dumping and litter clean up, and picks up more than 150,000 illegally dumped tires - but the dumping is non-stop. A check of 311 calls found just in the past month, almost 175 illegal dumping complaints were called into 311.

Knecht said most illegal dumping in Memphis happens on private property, and is the responsibility of the property owner to clean up.

"Ultimately, we end up having to work with the private property owners to let them know illegal dumping is happening on their property and they are responsible to clean it up. And if they don't, we have to go through that code enforcement process," said Knecht.

Knecht admits with COVID, inspectors fell behind and are now catching back up.

"It doesn't matter what area you are in, you can find the illegal dumping all over town," said Nelson.

Nelson said more needs to be done to catch these criminals and prosecute them.

"They are still coming back. They are coming back with more trash and the city doesn't have a solution. I say the solution is the camera," said Nelson

Nelson said if you see illegal dumping, report it to 311.