MEMPHIS, Tenn. (localmemphis.com) – A midtown Memphis family says they’ve been living a nightmare for two years, after a contractor botched a lead-r... 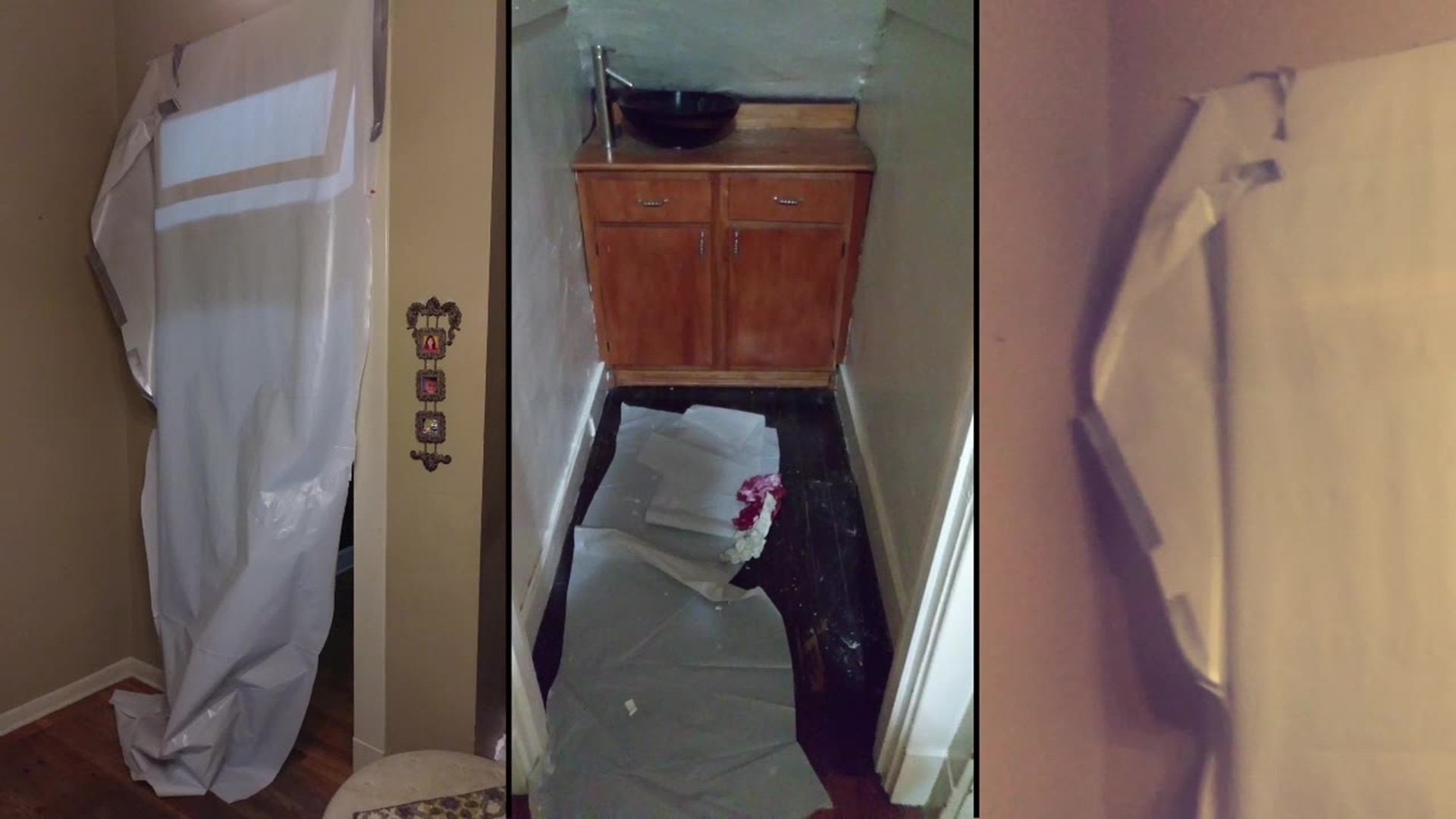 MEMPHIS, Tenn. (localmemphis.com) – A midtown Memphis family says they’ve been living a nightmare for two years, after a contractor botched a lead-removal project in their home.

In 2017, tests found their children had high lead levels in theirblood, so they took part in Shelby County’s lead removal program. The familysays the contractor did shoddy work, and now, their house is in worse shapethan before the work began.

“If you’re going to come into somebody’s house and take apart their house, put it back together. And if you can’t do it right, find somebody that will,” says homeowner Michael Armstrong.

Armstrong says his house was left in shambles by a county hiredcontractor.

His wife Rhea describes it like this. “It’s just a nightmare. They replaced 12 windows in the house, and every single one is the wrong size, so none of them open.”

Michael Armstrong says one window is four inches too short, and claimsthe contractor rigged it so it would fit.

On another window, “when they put it back on, they filled it with concrete and there are big holes on both sides,” says Michael Armstrong.

From the outside, you can see none of the new windows were everpainted. But some things that weren’t supposed to be painted were, according toMichael Armstrong.

“This was a stained door they painted white for whateverreason.”

The Armstrongs say there were problems from the beginning of thelead removal project.

“By like day 2, we knew there was a problem,” says Rhea Armstrong.

There are specific state and federal regulations that must be followed when removing lead paint. Common in homes built before 1978, lead paint can cause elevated lead levels in blood. The toxic metal can cause a number of health problems, especially for children – including brain and kidney damage, and stunted growth.

Rooms are supposed to be sealed to prevent toxic dust from beingspread, but the Armstrongs say cell phone pictures show gaping holes inprotective plastic, which allowed dust from the scraped paint to blowthroughout the house.

“It was such a far cry from the guidelines they were supposed to be following,” says Michael Armstrong.

When the Tennessee Department of Environment and Conservation inspected the work site, the contractor was slapped with a violation notice, saying she violated the Tennessee Lead-Based Paint Certification Act and “failed to provide adequate lead safe work practices.” She was also ordered to properly clean the site.

The Armstrongs say the contractor’s attempt to clean all the dustthat had spread throughout their house failed. The work was stopped and theShelby County Health Department came out to test the home for lead.

“They came out twice. They failed once and they came out a second time, cleaned up again, and failed again. And they never came back out after that,” says Rhea Armstrong.

After that, the family says things got worse.

The county sent the contractor a letter ordering her to pay the couple almost $4,000 for damage to their home – money, they say they never got. The county removed the contractor from the job, and the project estimated at $45,000 was put back out for bid.

The Armstrongs say at that point, no one wanted to tackle the project.

“Any lead contractor in the county knows about this house,” says Michael Armstrong.

After five unsuccessful bid attempts, the county sent theArmstrongs a letter cancelling the project and referring them to the countyattorney.

“I just couldn’t believe that they were going to do us like that. Leave us with this mess,” says Rhea Armstrong.

“They canceled the contract and left and haven’t looked back,” says Michael Armstrong.

So who was the contractor? What did she say when the Local I-Team confronted her? And what is Shelby County saying about this? Find out Thursday on Local 24 News at 10PM.