Investors are buying up land in Orange Mound, but some say it is slowing revitalization for the community

A resident and builder said land speculation is preventing growth in the historic African American community. 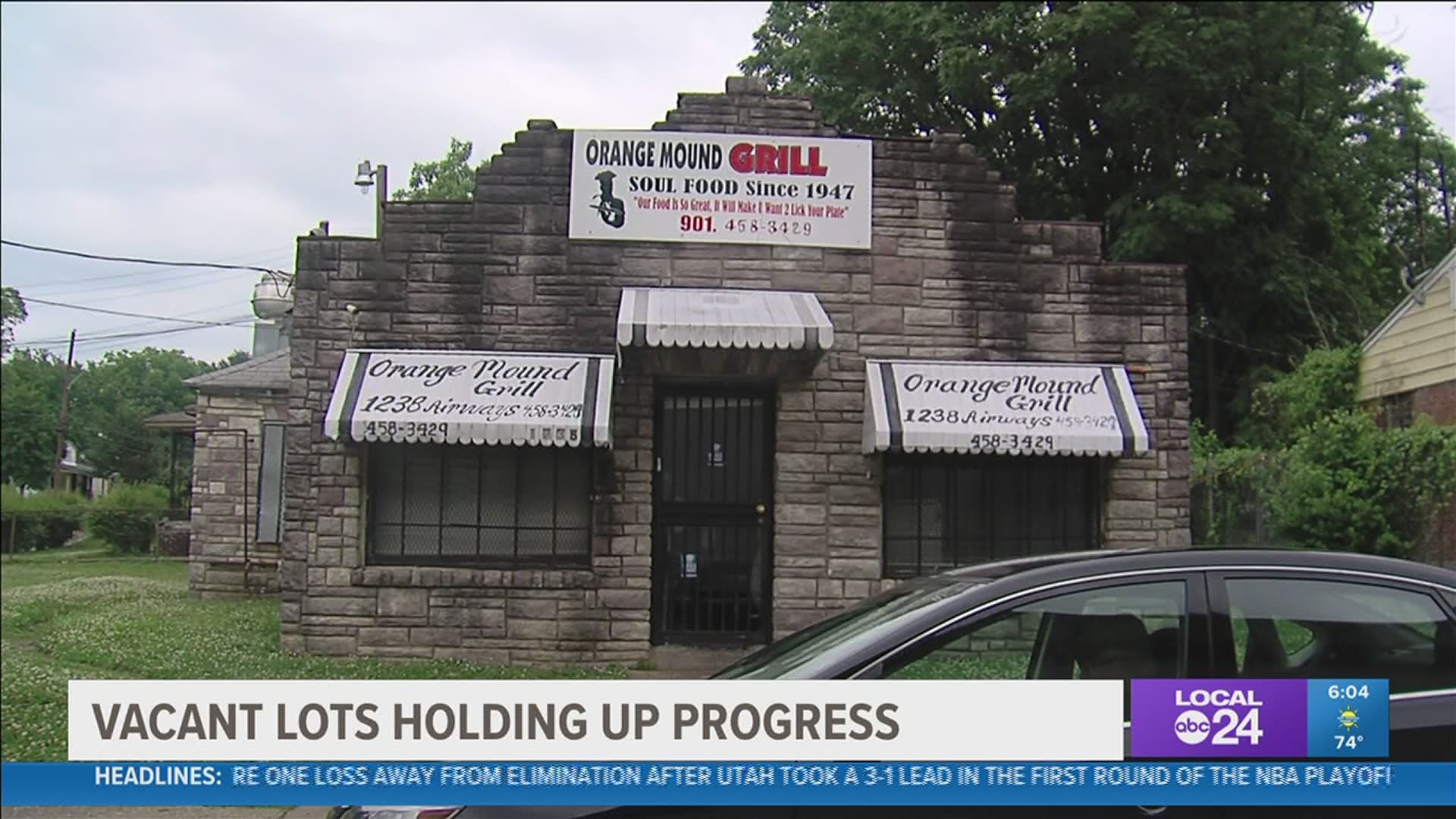 MEMPHIS, Tenn. —
One Orange Mound resident says people holding onto vacant property is getting in the way of community revitalization.

There are literally hundreds of vacant lots in Orange Mound.

The Orange Mound Grill has been serving up food since 1947. Its former owner Daisy Miller is ready for Orange Mound, the first African American community in the United States, to return to its glory days.

"I’ve seen quite a big change. When I first started working here 64 years ago things was much different," said Miller.

Vacant and abandoned lots are a common site - much different from when Orange Mound was a thriving community decades ago.

While there are plans to revitalize the community, one resident and builder said there is a problem.

Jones said not only are investors buying up lots, a lot of the lots are being held by people who inherited the land.

Such exciting news from a few of our #NewMemphis friends! Victoria Jones of Tone & James Dukes of Unapologetic have combined their spectacular talents together to develop the mixed-use project, Orange Mound Tower! #CelebrateYourCityhttps://t.co/HGbtJkJw6t

"A lot of people I’ve talked to don’t have the ability to get a loan build or partner with someone to build some one, so they are just holding on lots," said Jones.

Jones said on Park Avenue there are more than 30 vacant lots. He believes all this land speculation is holding up progress.

"I believe people have a right to do what they want with their lots, but at the end of the day, our neighborhood will never grow if we don’t ever build anything on them," said Jones. "From the standpoint of trying to revitalize and keep the historical nature of the community, you have people that live here who have been dreaming to build a house. They only can continue to rent because they can’t afford to buy a $100,000 house."

On the upside, local developers recently announced plans to turn the former United Equipment building in Orange Mound into a mixed-use project for housing and commercial space for Black entrepreneurs.

Back at the grill, Miller is holding out hope that better days are ahead.

"They just need to build some houses and do a little clean up, but Orange Mound has been here for year and years," said Miller.