It's set to partially reopen Monday, but just how safe will the I-40 bridge be?

"It’s natural to have some hesitancy... The engineers are very confident the bridge is fine," said Nichole Lawrence, TDOT spokesperson. 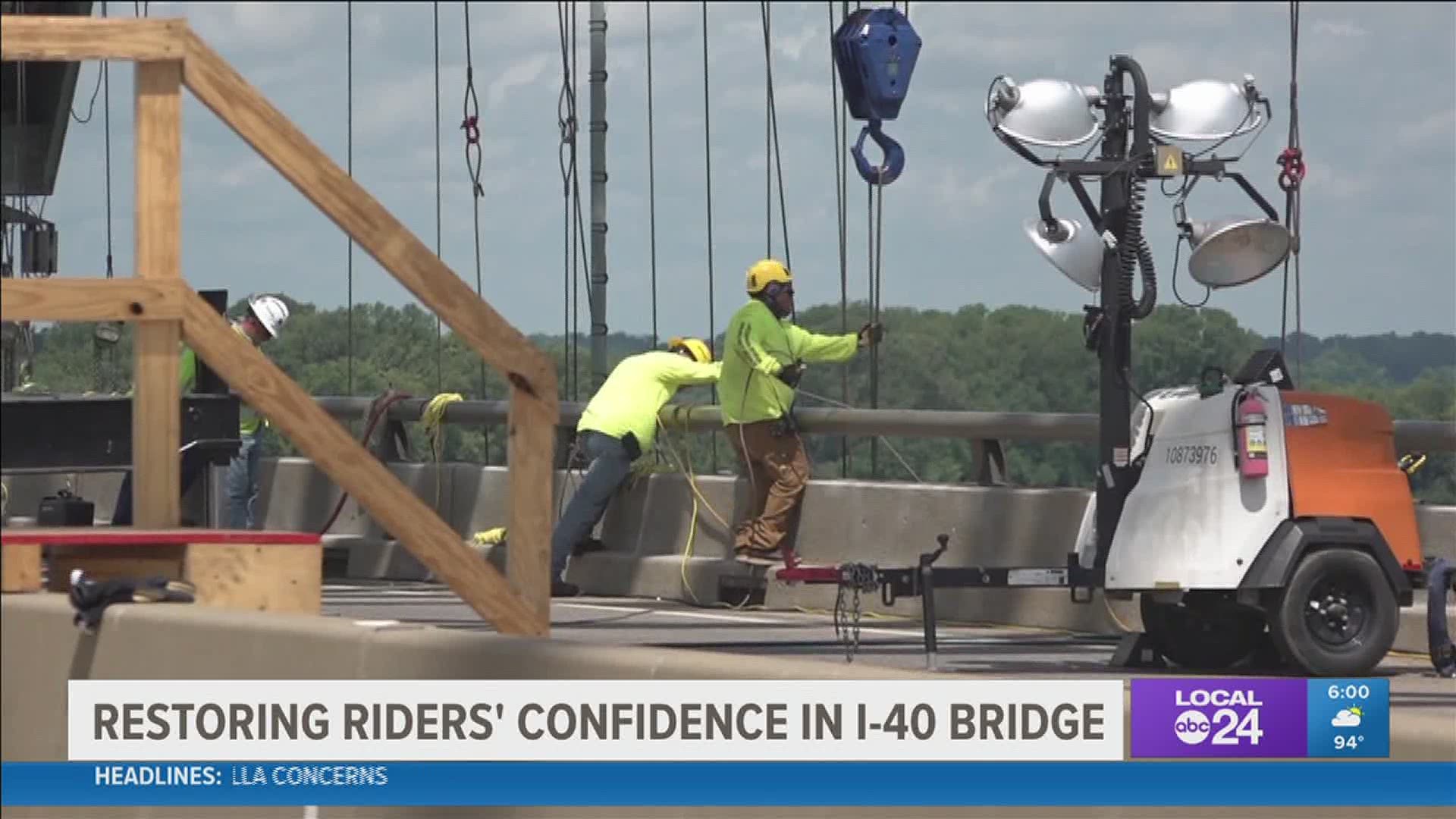 The Hernando de Soto Bridge over the Mississippi River is expected to partially reopen Monday morning.

Wednesday was the 79th day the bridge was closed for repairs after a crack was discovered in May.

Wednesday morning, multiple agencies load tested the bridge to make sure repairs had been made correctly and that the bridge will be able to withstand the weight and traffic.

"That weight will be picked up by sensors on the bridge to make sure that weight is being distributed properly," said Dave Parker, ARDOT spokesperson.

Parker said in addition to repairing the initial crack on the bridge that was discovered in May, crews made additional repairs to 17 other areas of the bridge.

"We went back over the 500-plus weld connections and used ultra sonic testing. In some cases, we pulled out core samples in some of those 17 areas - just didn’t seem like we wanted we went back and looked at it again," said Parker.

"While we had the opportunity and saw those areas of concern, we went ahead and addressed them now," said Nichole Lawrence, TDOT spokesperson.

Load testing of the I-40 Hernando DeSoto bridge is underway! #i40msriverbridge #memphis pic.twitter.com/Iq53Ty7HV1

When it comes to the Hernando de Soto Bridge, Tennessee is responsible for the repairs and Arkansas does the inspections. The bridge is inspected once a year.

"We do have a very strong bridge inspection program. We go above and beyond what the federal requirements call for," said Parker.

Parker said when it came to the crack - or fracture - in the I-40 Bridge, the inspector was the issue, not the inspection process. But to make sure something like this doesn't happen again at any other bridge in the state, the department may make changes to its processes.

"We have asked for the Federal Highway Administration to do an investigation on our bridge inspection program that should be completed in September. And they will make recommendations as to how we can improve the program," he said.

RELATED: Fired employee was inspector for 9 'critical' bridges over past year in Arkansas

"I come over in the morning and I leave again to go over at three," said Joey Fisher, an Arkansas resident.

Fisher crosses the Mississippi River every day and said he was ready for the Hernando de Soto bridge to reopen.

"I’ll cross it. I’m sure people will be scared, but I feel if they open it, it’s good to go," said Fisher.

For those concerned about driving on the bridge, we're told some of the best bridge engineers worked on the repair project, and safety was their number one priority.

"It’s natural to have some hesitancy. It’s just human nature. But again we have done all the inspections and the engineers are very confident the bridge is fine," said Lawrence.

Only the eastbound lanes of the bridge are expected to reopen Monday Morning. Westbound will remain closed for another week or so.