A judge has ruled MLGW must rehire a worker fired for making controversial and racially offensive Facebook posts. The judge also found the worker was fired... 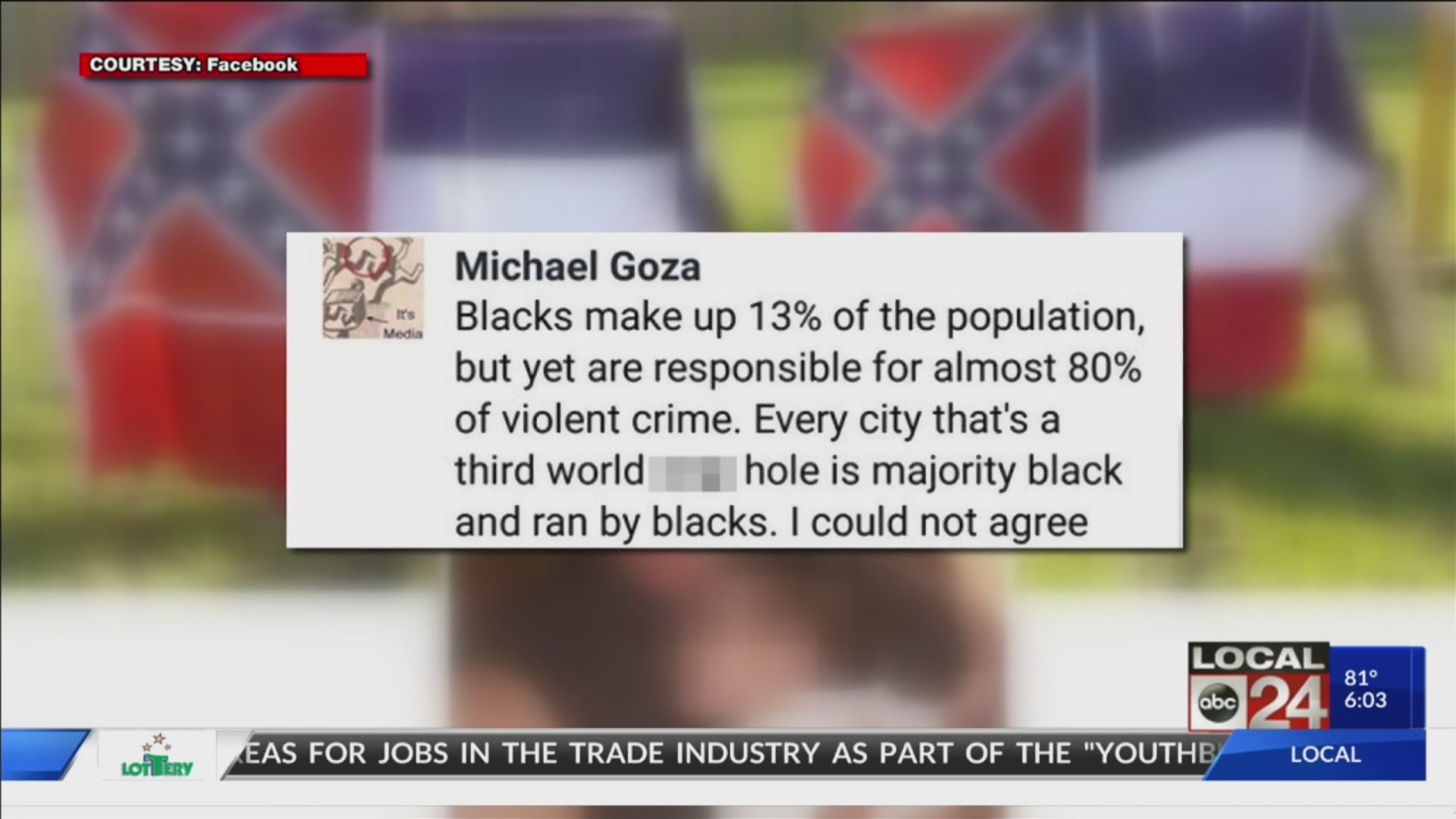 MEMPHIS, Tenn. (localmemphis.com) – A judge has ruled MLGW must rehire a worker fired for making controversial and racially offensive Facebook posts. The judge also found the worker was fired in part because he was white.

The judge ruled not only does MLGW have to give Michael Goza his job back, he will get almost $200,000 in back pay and damages.

“If you’re light, gas, and water, you’ve got to pay attention to some First Amendment rights of your employees,“ said lawyer Lucian Pera.

Pera applauds the ruling that gives Goza his job back. He was fired for not only his Facebook posts, but attending a downtown rally as a counter protester. He supported the Memphis Confederate monuments remaining in place.

According to the judge’s ruling, “MLGW fired Goza because he expressed unpopular opinions and created a perception problem for the division.“ It goes on to say, “public perception alone cannot justify a restriction on free speech.“

The judge also said, “Some of Goza’s statements may have been insensitive, offensive, and even bigoted, but they were protected by the constitution nonetheless.“

“If it’s a public agency, the first amendment applies, so you can’t have government firing its employees whenever they say something they disagree with, because that would chill free speech,“ said law professor Steve Mulroy.

The court also found MLGW terminated Goza, in part, because of his race. In a similar situation, an African-American worker received only a three-day suspension after advocating killing Asian-Americans because of their race.

Goza worked for a public utility company, but the outcome may have been different if he had worked in the private sector.

“Tennessee is what we call an at-will employment state, which, within certain limits, means you can be fired for a good reason, a bad reason, or no reason at all,“ said Pera.

Pera says you should consider where you work when posting on social media, because where you work matters when it comes to your First Amendment rights.

“Free speech only applies as against the government. City, county, state, federal. But if it’s a private company, you have no free speech rights. The company can do what it wants,“ said Mulroy. “If the boss doesn’t like what you say, they can fire you.“

“You have to wonder some of the things people post on social media, what were they thinking,“ said Pera.

He added when it comes to social media, the easiest way to protect your job is to be smart.

“Maybe taking a few minutes to think about it before you hit the send or post button.“

So far, no comment from MLGW. The Local I-Team was told the MLGW lawyers are still reading the ruling.