The Memphis City Council is considering cracking down on AirBnBs after receiving a complaint from a former mayor. 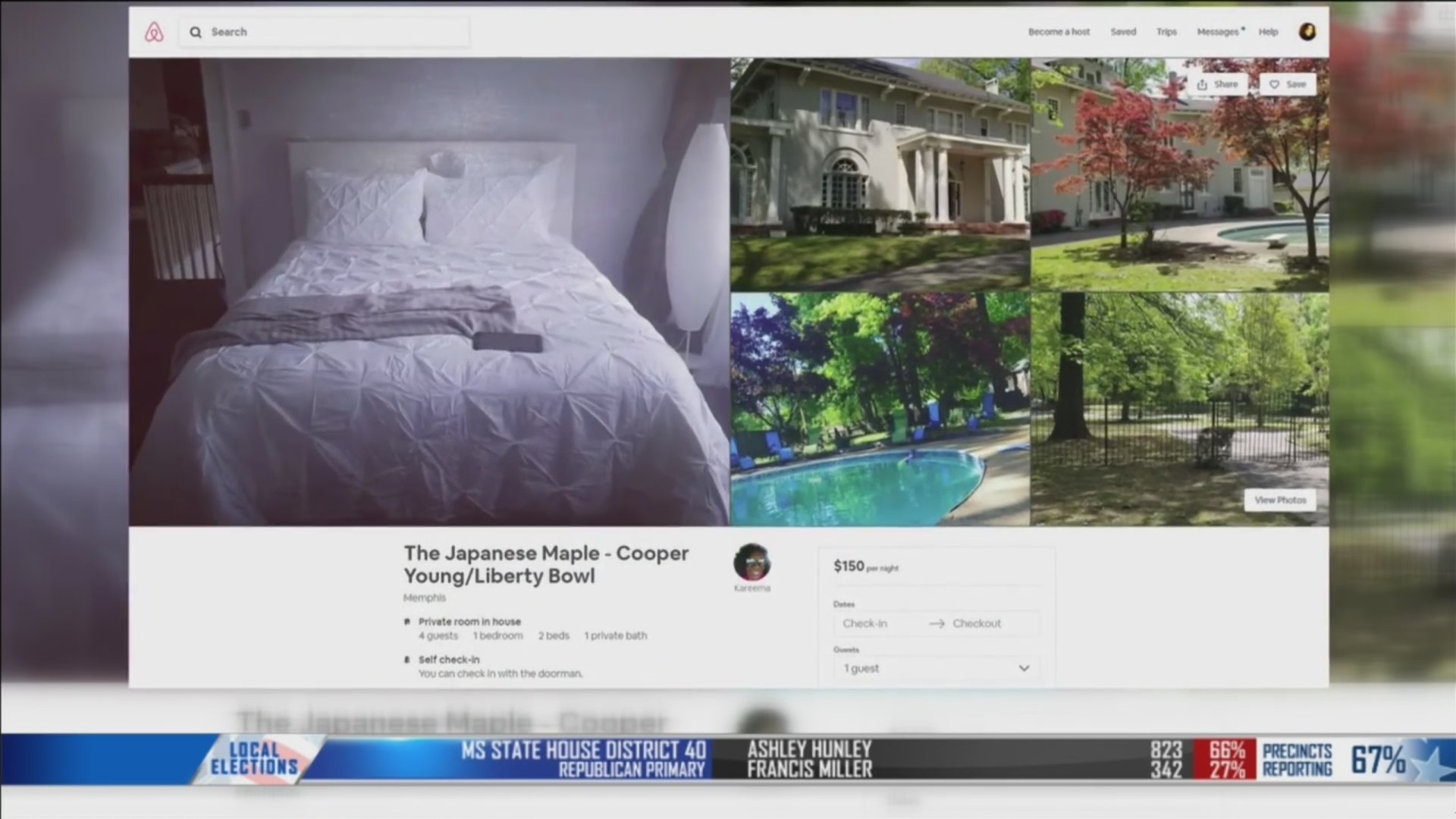 MEMPHIS, Tenn. (localmemphis.com) – The Memphis City Council is considering cracking down on AirBnBsafter receiving a complaint from a former mayor.

The proposal introduced Tuesday would limit the types ofactivities and the number of people allowed in short-terms rentals.

This week, the Local I-Team talked to a woman who said former Mayor A C Wharton used his connections to get a long list of city and county agencies to visit her home.

Memphis City Councilman Kemp Conrad told the Local I-Team theformer Memphis and Shelby County mayor is one of several people who contactedhim about changing city ordinance. Councilman Conrad wants to make it illegalfor people to hold events or have more than 12 people at a short-term rental.

Monday, the Local I-Team introduced you to a Kareema McCloud who says Wharton used his connections to harass her. She said he was upset she rented out her home.

Johnson watched our story and said she was surprised to see onecity and county agency after another – code enforcement, fire, police – showingup at McCloud’s house. There were more than nine visits from at least sixdifferent agencies in three weeks.

McCloud said they started coming last month, after Whartonrang her door and questioned her about renting out her home. It was all caughton her Ring camera.

“The people telling me they paying or something? What’sgoing on,” said AC Wharton on the video.

McCloud said the most disturbing thing was when a MemphisPolice Lieutenant showed up at her door and said the city’s Organized CrimeUnit spent three days staking out her home after receiving reports it was abrothel.

“A brothel? WTF, a brothel? That hit like that was agut shot,” said McCloud.

McCloud said she did rent out her house to a guest who threwa party. She wasn’t home, but says when she found out, “I actually calledthe police and had the police come.”

Wharton denies harassing her or using his political power. Aspokesperson for the city of Memphis said Wharton did not get any specialtreatment, that anyone can call in a complaint and all complaints are takenseriously.

Councilwoman Johnson’s take on it all? “I’m not surewhy all of those other encounters had to take place? I think it’ssomething we need to look into.”

As for council changing the ordinance, it will go backto committee for discussion in two weeks.