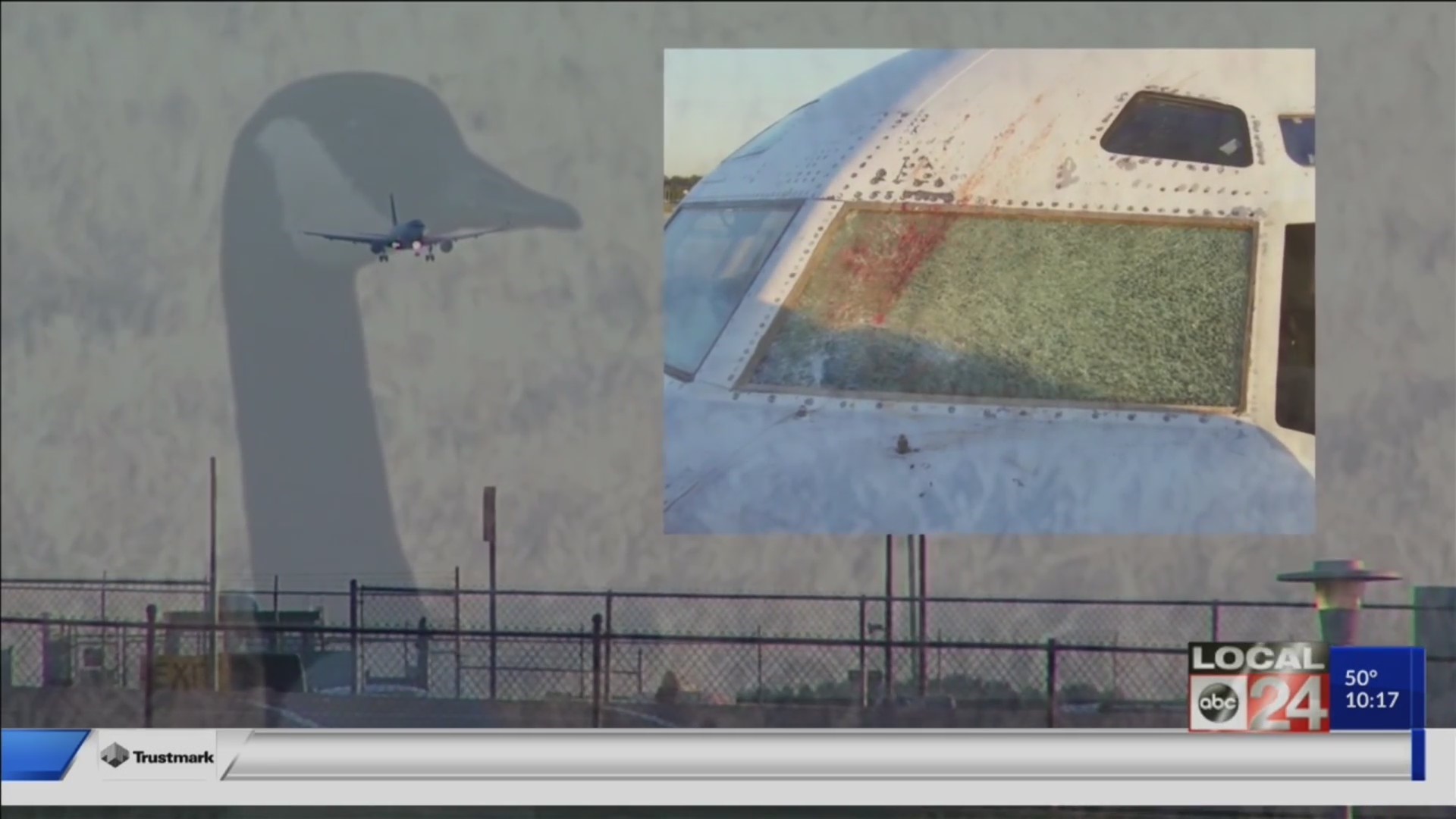 MEMPHIS, Tenn. (localmemphis.com) – Memphis International is non-stop. 24 hours a day, 7 days a week, the airport keeps people and products on the move.

Yet, a potential scare in the air could put your safety at risk.

The Local I-Team wanted to find out what are the chances a potential emergency landing like the Miracle on the Hudson in New York City 10 years ago, or something worse, could happen at Memphis International Airport.

We tracked incidents at Memphis International Airport using FAA data. We learned airplanes struck birds and other wildlife at least 80 times this year.

“My job is more preventable, my job is to keep animals away,” said Michael Lee Taylor, a Wildlife Biologist at Memphis International. “Planes, and birds especially, don’t mix.”

Taylor’s job is simple: minimize potential hazards on the grounds and around the airport, and also get rid of things that attract the animals.

“Trees and flowers, they attract bugs and bugs or food,” said Taylor. “Some of the weeds that are growing on the ground, actually produce seeds that are very attractive to certain birds, like morning dogs and pigeons and things like that, which are great in your backyard, but not when they’re near an airport.”

Everything at the airport is part of a greater plan and strategy – like changing the way grass is mowed or keeping some areas overgrown – to deter animals.

“I get the question from different folks, why does the grass look so tall and ragged at the airport,” said Taylor.

The reality of keeping animals and planes apart, is easier said than done.

The Local I-Team looked at data from the FAA that goes back to 2011 and found 264 reported bird-strikes last year.

MEM ranked 6th in the nation with reported bird-strikes. It has ranked in the top 5 several times this decade.

Bird strikes are up 57% from just a decade ago. We learned those strikes happen around the clock, usually less than 5 miles from the airport, and around 500 feet in the air.

To see the number of bird strikes at airports around the country from 2011 – 2018, CLICK HERE.Download

“So Canada Geese are one of our, our biggest problem animals here,” said Taylor.

Many other species of birds, large and small, deer, foxes, have all been struck.

There are three reasons why Memphis is ranked so high.

First: Memphis International is the world hub for FedEx. That means thousands of flights take off and land every month here.  The Local I-Team reached out to FedEx officials two weeks ago, and a media representative stated that a team at FedEx Express is working on getting the information together.

Memphis’ location – along the Mississippi River – is a major flight path for millions of birds is the second biggest obstacle.

“Because in Memphis, we have about a seven-month migration season,” said Taylor. “So we have a very high level of bird traffic.”

The season begins in July and ends in March, and includes birds headed both north and south.

We also learned rainy and cooler weather, even ongoing construction at the airport, has an impact.

“You know, just how you manipulate the ground, is very attractive sometimes.”

Knowing run-ins are unavoidable, Taylor and his team’s job is tough, but the focus is all about doing what they can to make the friendly skies around the airport not so pleasant for animals.

Taylor said, despite Memphis International ranking in the top 10 nationally for the number of bird-strikes, he maintains flying is still relatively safe.

Last year, there were more than 226,000 arrivals and departures at the airport, and 264 bird-strikes.

See pictures from USDA Wildlife Services in the slideshow below. WARNING: Some viewers may find these graphic.