Drive down the Highland Strip? You better keep your eyes on the road. New traffic calming measures are causing quite a commotion for drivers. 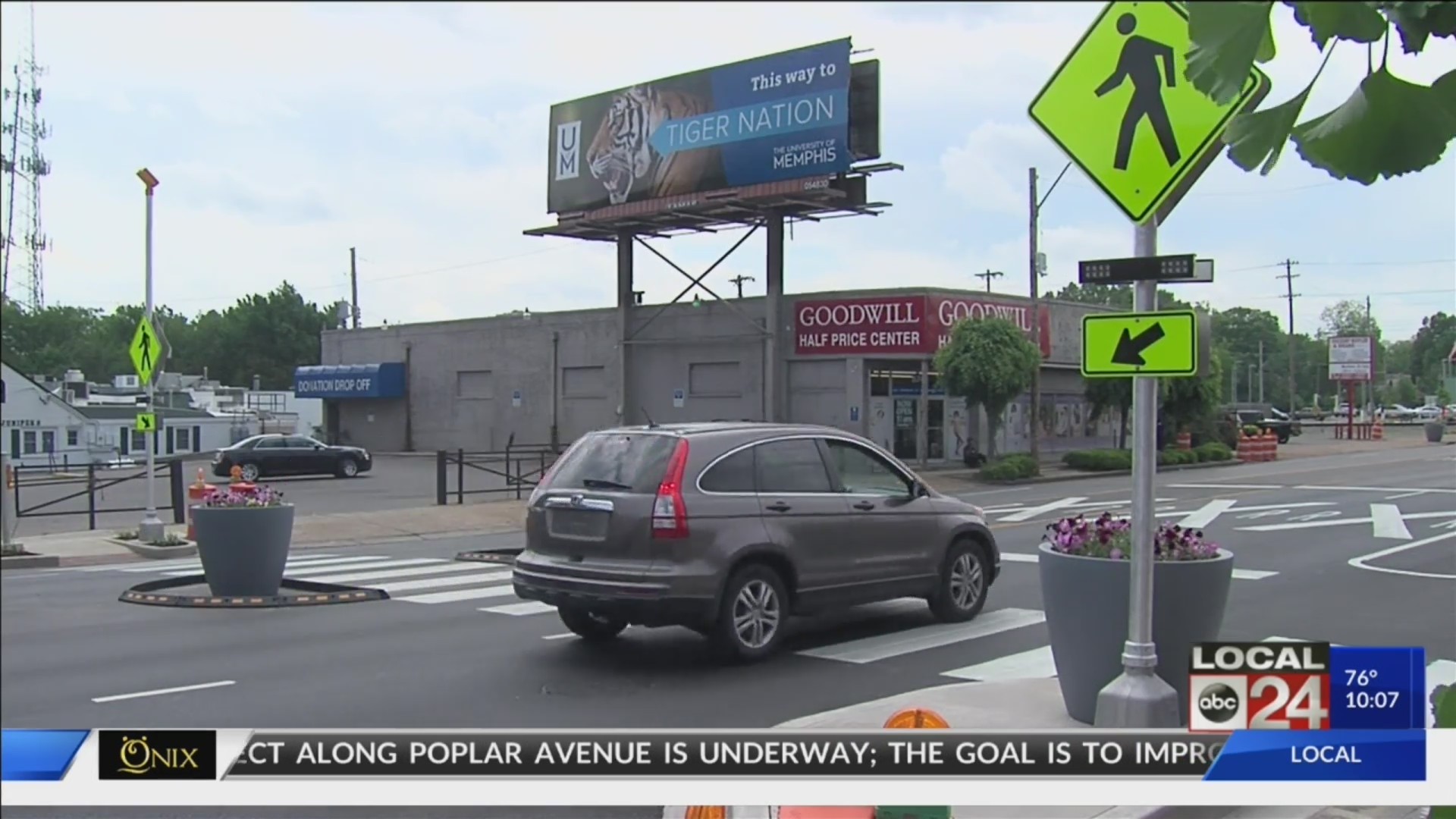 MEMPHIS, Tenn. (localmemphis.com) – Drive down the Highland Strip? You better keep your eyes on the road. New traffic calming measures are causing quite a commotion for drivers.

A new crosswalk and planters are supposed to help slow down traffic, making it easier for people to cross Highland. One driver found out the hard way there were changes made to the road.

Everyday more than 30,000 people drive past the Highland Strip. Walkers say getting across the busy street just got a little easier thanks to this new crosswalk.

“I think it helps a lot and I think it makes this area look at lot better too,” said Will Price.

“We wanted to get something in place to slow motorist down to improve pedestrian safety for the students who come to the strip, and the tenants and customers,” said Cody Fletcher, UNDC spokesperson.

The University Neighborhoods Development Corporation worked to get the improvements. Large pots were placed in several sections of the middle turn lane from Midland to Southern.

Just two days after being installed, Sunday night a driver plowed into some of them.

Local 24 News talked to a man who stopped to check on the driver Sunday night.

“She looked bummed out and confused,” said Roosevelt Jaxon.

Some people have questioned the placement of those pots, calling them dangerous.

“I think that kind of proves our point. It kinda shows how needed improvements are for pedestrian safety. Those were planters, but if it had been a pedestrian standing in that lane, they would have been hit by a car,” said Fletcher.

Two years ago, a new crosswalk at Overton Square was the cause of one accident after another. Drivers also had a hard time adjusting to roundabouts put in South Memphis.

By midday, the plants were put back in place. The question is, how long will it take drivers to get used to this?

“You know it’s only been 3 days, so we’re going to give people couple months. This is one of the busiest streets in Memphis,” said Fletcher.

We’re told what’s out there is temporary. In a year or so, the flower pots and reflective edging will be replaced with something more permanent.