Local I-Team: What is glutathione? And why a leading dermatologist says it can be dangerous for lightening skin

MEMPHIS, Tenn. (localmemphis.com) – The Local I-Team has a warning about using a strong antioxidant treatment to lighten your skin. A leading dermatologist says... 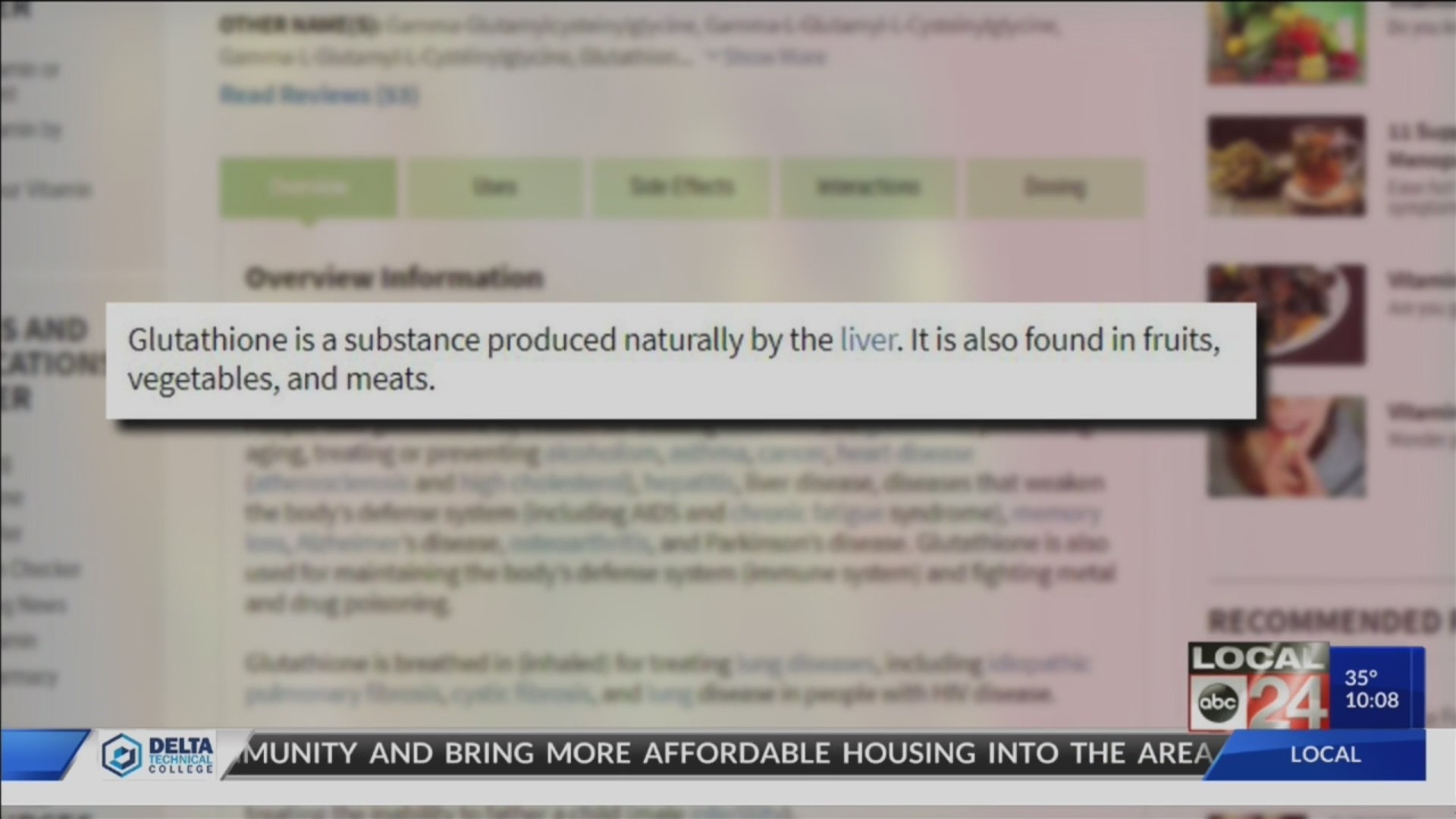 MEMPHIS, Tenn. (localmemphis.com) – The Local I-Team has a warningabout using a strong antioxidant treatment to lighten your skin. A leadingdermatologist says using glutathione via an IV to change your skin color couldbe deadly.

You have likely seen posts on Facebook and Instagram about usingglutathione to detox your body. Your body produces it naturally, but it canalso be taken as a high-dose supplement in the form of a shot or IV bag.

“This is my first time,” said Evita Johnson.

Johnson, a Memphis resident, received a glutathione treatment. Johnsonsaid she heard about the potential benefits of the treatment, so decided to tryit out.

“It’s not only helping to lighten, but it’s helping tohydrate the body and get antioxidants in the body,” said Johnson.

“Glutathione is basically an antioxidant. One of the sideeffects that was found was the skin lightening,” said spa owner MarquitaWilliams.

Williams administers the glutathione to clients at her southeastShelby County med-spa. Williams says patients come in one to three times a weekfor treatments until the desired color is reached. After that, it’s once a weekfor maintenance. The treatments usually cost between $25 to $100 per session atspas and hydration centers.

“It can help you, but you have to stay consistent withit,” said Williams.

The antioxidant glutathione is naturally produced in the liver.People take glutathione supplements for a variety of health issues; fromtreating lung disease, to male infertility, to preventing side effects ofchemotherapy.

It’s potential to lighten skin is what has so many people of colortrying it.

You’ll find claims online that celebrities like Beyoncéand Rhianna use it, and you’ll find endless posts from everyday people ravingabout their results.

“If you look at social media and look at online trends,glutathione pops up as sort of the new hot buzz word in skin whitening and skinlightening,” said Dr. Seemal Desai, a dermatologist.

Dr. Desai is the past president of the Skin of Color Society.His practice focuses on patients of color with pigmentation issues.

“When you hear the buzz word ‘antioxidant’ – to someone inthe public, that promotes a very positive image. The problem with glutathioneis, we really have no randomized clinical data published in the studiesthat show glutathione is safe and effective for skin whitening and skinlightening,” said Dr. Desai.

Dr. Desai says glutathione for skin lightening is popular in Asiaand Africa, and its popularity has been growing in the United States.

While it may be a super antioxidant, experts say using it for skinlightening could be dangerous, causing liver or kidney failure or sepsis.

“Our US Food and Drug Administration as well as the Philippines and other parts of Asia actually have advisories against glutathione for skin whitening and brightening,” said Desai.

Aestheticians like Melanie Saulsbury, owner of the Memphis Skin Academy, says you don’t need to get IV treatments to improve your skin. There are natural ways to brighten your skin, including drinking plenty of water and cleaning and moisturizing regularly. She added, the color of your skin should not affect who you are.

“Self-love is the best love. No alteration is needed. Bepleased with the way your creator made you,” said Saulsbury.

Just this week Dr. Desai was in New York with other topdermatologists at a summit talking about this very issue. Desai says this is ahot topic and in the coming weeks and months, you will be hearing more aboutglutathione dangers.