Local I-Team: Woman claims harassment by A C Wharton was caught on her Ring camera

Is a former mayor of Memphis and Shelby County using his political connections and clout to harass his next-door neighbor? The woman who lives next door to AC W... 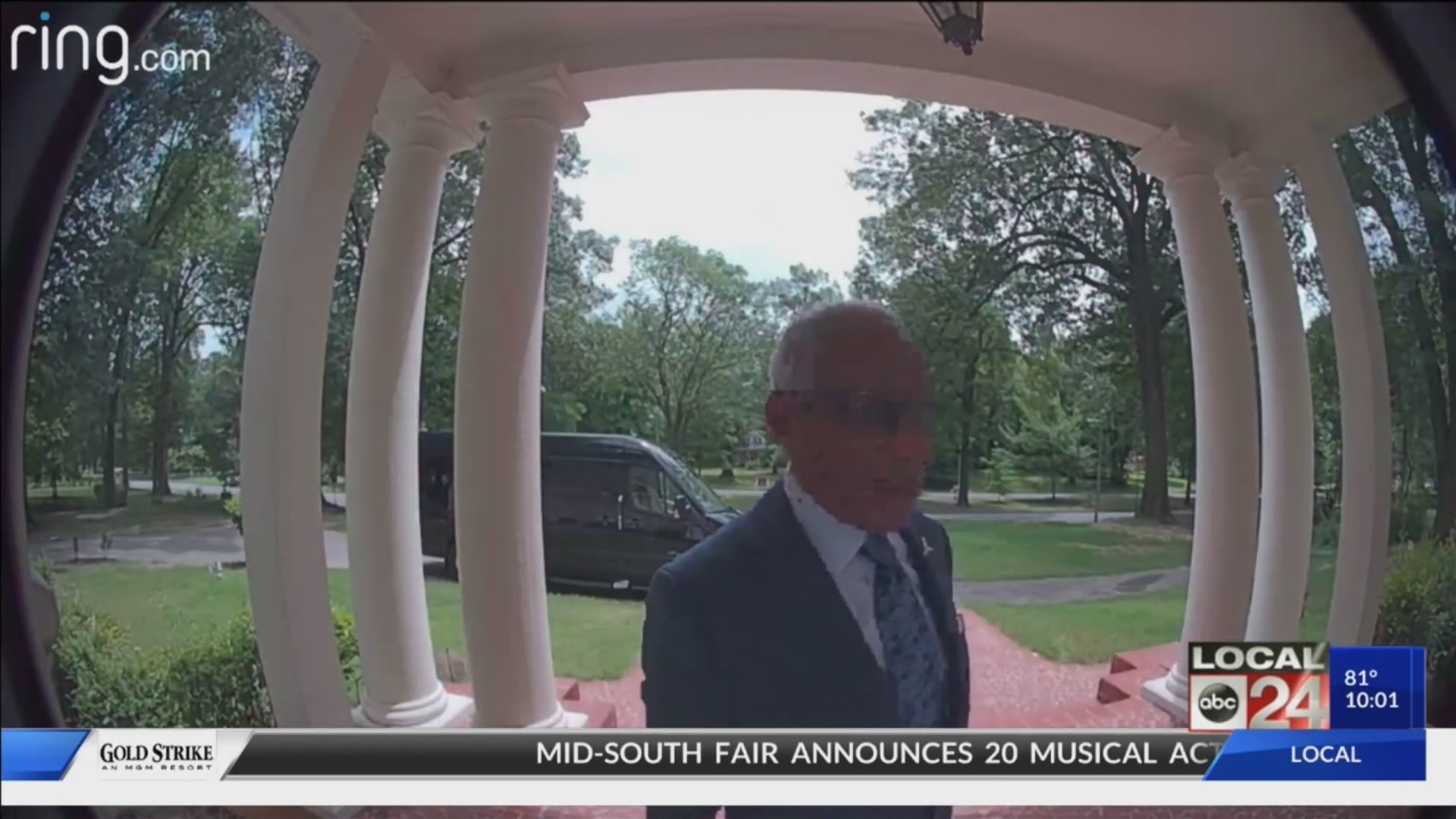 MEMPHIS, Tenn. (localmemphis.com) – Is a former mayor of Memphis and Shelby County using his political connections and clout to harass his next-door neighbor? The woman who lives next door to A C Wharton says that’s exactly what’s happening.

She is so concerned that she went to the police to file areport against Wharton. The woman is calling it intimidation.

Kareema McCloud bought her home on East Parkway South, just southof Cooper-Young, just over a year ago. She rents out a couple of rooms on AirBnB.

McCloud says there was never a problem until now. Her“Ring” camera system recorded her claims of harassment.

McCloud says imagine having one city and county official afteranother show up, week after week, during the month of July.

“I don’t know who’s going to come knock on my door at anygiven point in time,” said McCloud.

McCloud says the trouble began when one of her Airbnb guestshad a party without her permission.

“AC Wharton showed up on my door the very next morning,” saidMcCloud.

“The people telling me they’re paying or something. What’sgoing on?” said Wharton on the “Ring” camera to McCloud.

McCloud says before Wharton left, he said this; “told me hewas going to make some calls and he was the former mayor and he had planned ongetting some laws changed.”

A few days later, McCloud says the parade of city and countyofficials showing up at her house began; from repeated trips from Memphis cityand Shelby County Code Enforcement officers to a Memphis Fire Inspector, to theShelby County Health Department on a trash complaint.

“At this point I’m realizing ‘oh, so he made those phonecalls. Oh, so he’s calling his buddies,’ because everyone who is coming from issaying this is coming from the top,” said McCloud.

The next week when city code enforcement came out, shewas cited her for three broken pickets on her fence and overgrownshrubbery near the street.

But for McCloud, the final straw was finding out the MemphisPolice Organized Crime Unit had been doing surveillance on her house for acouple of days under the claims it was a suspected brothel.

Her “Ring” camera caught the exchange.

“I run a drug team with OCU. We got a complaint that camefrom our director from one of your neighbors around here saying a brothel wasbeing run,” said Lt. Poindexter, Memphis Police Department.

“What the f-&*,” said McCloud, who was furious.“You were watching my house. That to me is so far beyond ok and what isright.”

The officer told her the order came down from “thedirector.”

“My team does not do this kind of stuff but since it camefrom the director,” said Poindexter. “My boss tells me to come overhere do it. I can’t tie my team up.”

McCloud says the nine visits, from at least six different city andcounty agencies all in the span of three weeks, are harassment and a hugewaste of taxpayer resources.

“I think harassment. I think corruption. I think abuse ofpower. I think things that a normal joe blow, a normal joe citizen would neverhave been able to do, especially in the time frame that was allotted for it tobe done,” said McCloud.

We went to Wharton’s home hoping to hear his side of this story. Herefused to do an interview, but in a text said, “my only comment is anoutright denial of harassment and use of political power.”

There is nothing in the cities short-term rental ordinance thatprevents homes in historic districts from being rented out on AirBnB.  McCloudgoes to environmental court this week on what she calls “trumped-upcharges.”