Local I-Team: Accusations of racial slurs by customer at restaurant – couple says they were kicked out

A Mid-South couple says they were kicked out of an East Memphis steak house after another customer called them a racial slur. 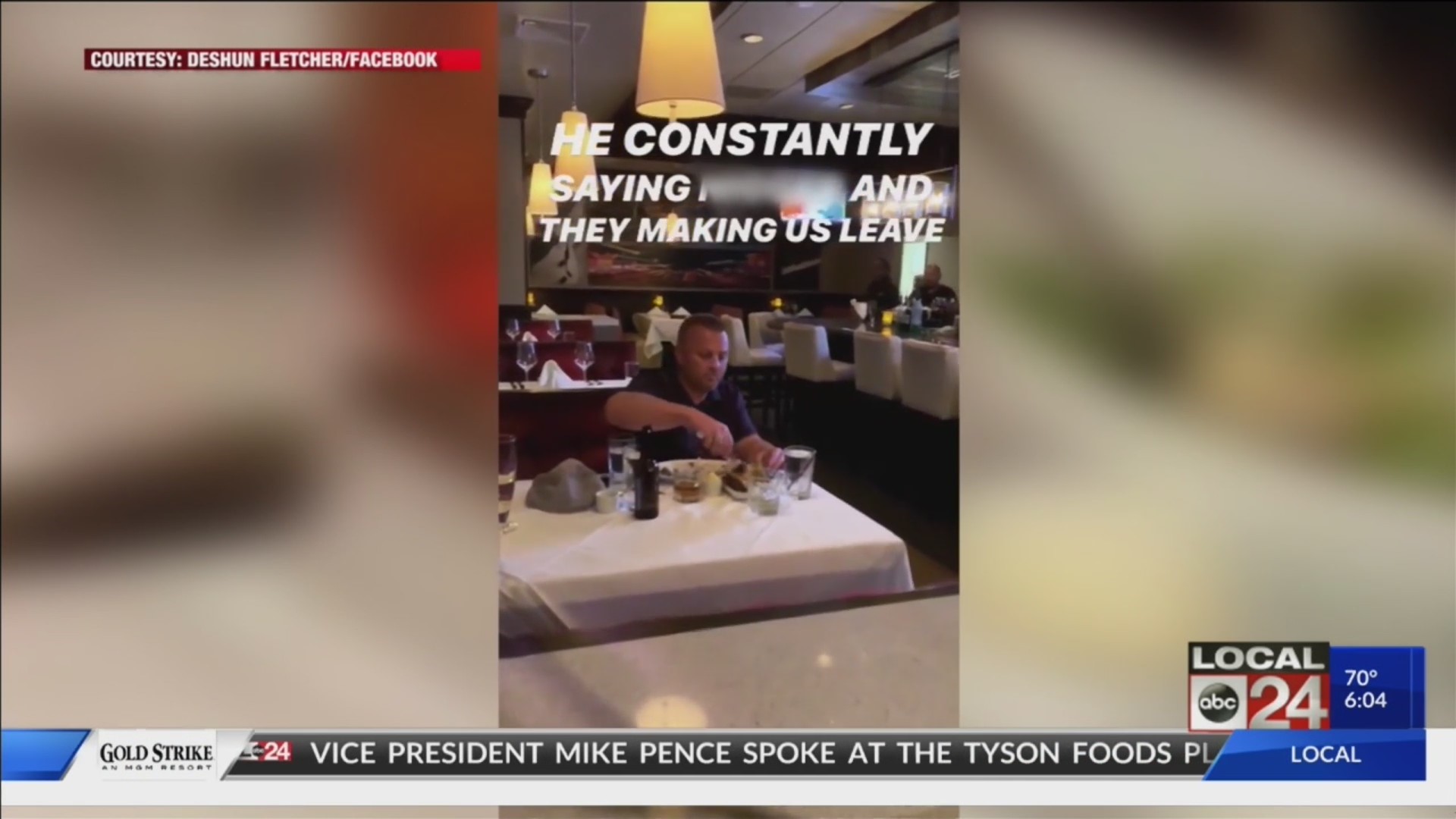 MEMPHIS, Tenn. (localmemphis.com) – A Mid-South couple says they were kicked out of an East Memphissteak house after another customer called them a racial slur.

Video of the incident is getting a lot of play on socialmedia. We are learning more about the man accused of directing a racial slurat a Memphis couple, who were out having their anniversary dinner.

Sources tell us he runs a large ambulance company in the area.

You never hear the man say the “n-word” on therecording because the couple’s attorney says they started recording afterit happened.

“I don’t want anyone to ever have to go through this, that’swhy I’m speaking out,” said Deshun Fletcher. 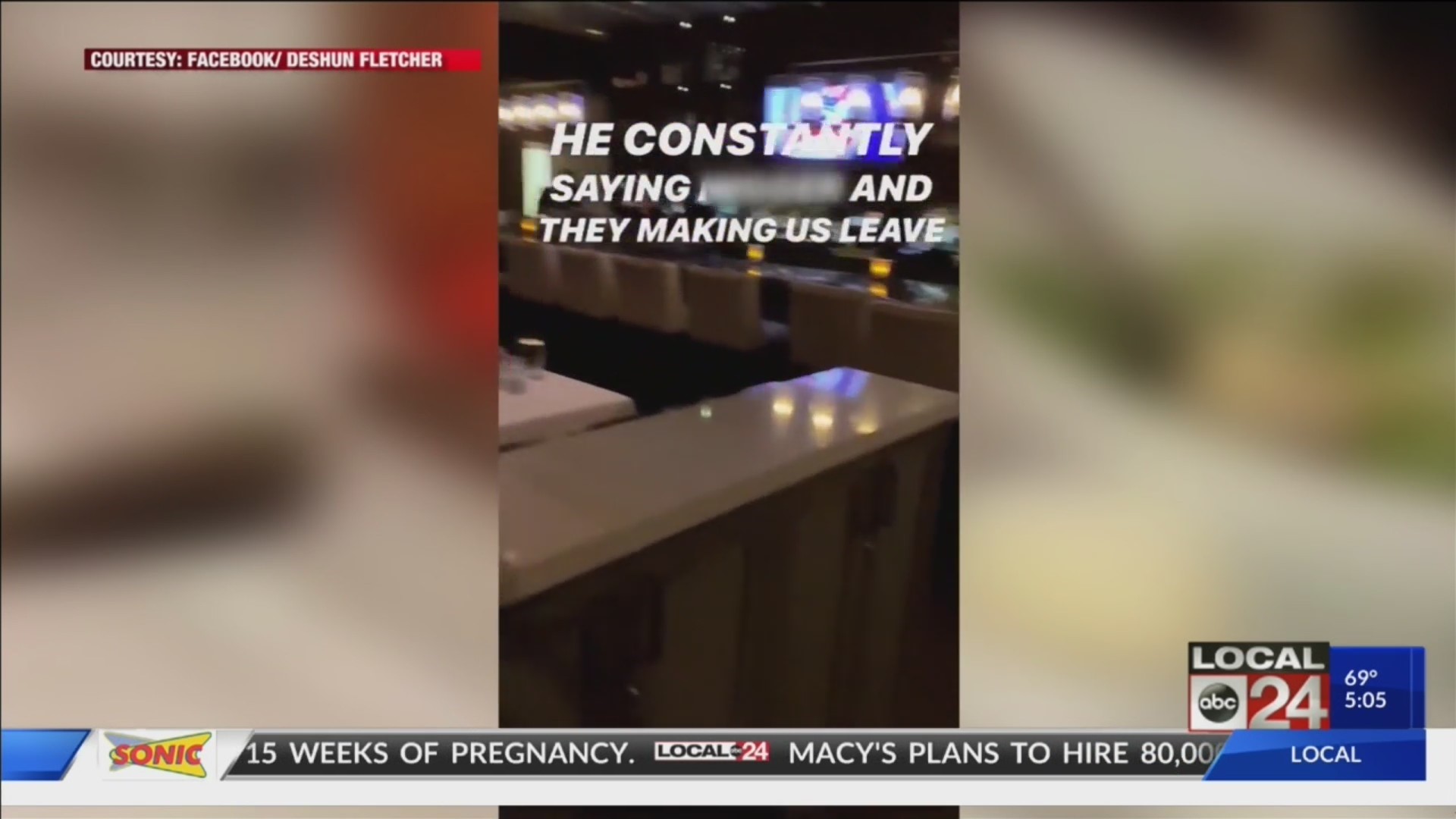 Fletcher said his anniversary dinner at Ruth’s Chris Steak House withhis wife and another couple was one he will never forget.

Fletcher posted the video on Facebook. He says a man taunted him,calling him racial slurs. Fletcher is upset because he says managers askedhim and his party to leave.

“We believe obviously some things could have been handleddrastically different by the restaurant, whether or not management should havestepped in sooner,” said Andre Wharton, Fletcher’s lawyer.

In a statement, Ruth’s Chris said, “We do not condone hatespeech or intolerance. Our goal is to deliver a dining experience that isinclusive and welcoming, and while this was an altercation between guests, weare taking this situation very seriously and investigating.”

“It’s sad.  It’s 2019. We shouldn’t be going throughthis. We want everyone to be treated fairly,” said Fletcher.

We’re still trying to track down the man accused of using theracial slur. We have left numerous messages for him at his office.