We sent letters sent to and from reporters across the country to test how long absentee and mail-in ballots will take to arrive. 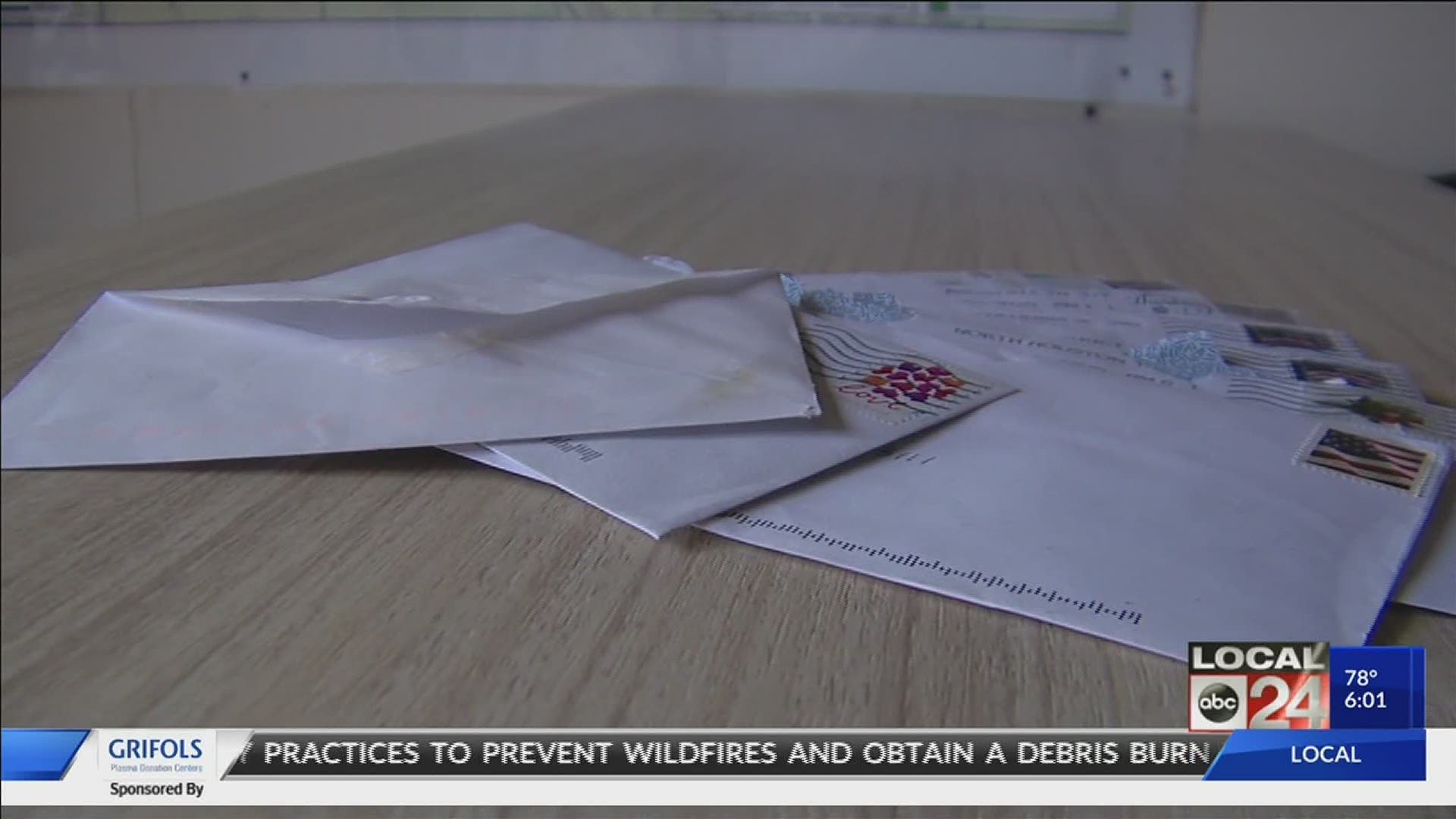 MEMPHIS, Tenn. — With the election less than a month away, the Local I-Team decided to test the US Postal Service. It's especially important this election year with the Shelby County Election Commission expecting as many as 100,000 absentee ballots.

Voting by mail sounds simple. Fill out your ballot and drop it in the mail. But questions remain, will it arrive in time in time to be counted?  Not necessarily.

"We've always, in all elections had issues in getting ballots back in a timely manner," said Linda Phillips, Shelby County Election Administrator.

This week, the Shelby County Election Commission began mailing those absentee ballots to voters.  Now, those ballots aren't just mailed to people in Shelby County. They are being mailed to voters who call Shelby County home but for whatever reason are scattered across the country.

To find out how long it takes, the Local I-Team decided to test the USPS exchanging letters with other reporters at our sister stations across the country. The letters were sent from as far west as Houston, east to Charlotte, in total letters were sent to and from ten cities.

We all mailed our letters on the same day.

Of the letters I sent from Memphis, seven took three days to arrive, including the letters sent to Knoxville, Houston and Columbus.

Are you concerned about how long it will take for your ballot to arrive at the election office ? We are testing the postal service tonight at 6

So how about the letters sent to me?

The one I sent to myself arrived first. It took two days to be mailed from the post off in East Memphis back to my East Memphis home.

Nine of the letters sent to Memphis from around the country took four days to get here. There was one strange straggler. It was sent from Columbus, Ohio.

It took 11 days to get to Memphis and it didn't even have a post mark on the envelope.

"Either the machine ran out of ink or I just don't know I don't have a good answer for that one. It does happen from time to time," said Steve Lassan, NALC spokesperson.

Steve Lassan is with the National Association of Letter Carriers. We shared with him the results of our mail test. Lassan said, "It's not surprising. I'll just be honest."

Lassan says while there has been lots of speculation regarding the reliability of the postal service getting ballots to their locations on time, he really is not concerned.

"We still have the capacity to get the ballots thru its Christmas time. We used to deliver all the cards and everything. we never had a problem with that."

A statement from the post office says in part, "The Postal Service has allocated additional resources, including, but not limited to, expanded processing procedures, extra transportation, extra delivery and collection trips, and overtime, to ensure that Election Mail reaches its intended destination in a timely manner."

RELATED: Absentee ballots to be sent out this week to Shelby County voters who requested one

RELATED: Will a mailed-in ballot make it in time? The Local I-Team is testing the mail service

Local voting and elections advocate Steve Mulroy said he's encouraged by our test results but his advice? "Seems to me if you give yourself a week you should be OK with getting your absentee ballot received by the election commission on time," said Mulroy.

While some states are giving as long as three weeks after the election for ballots to arrive Tennessee isn't one of them. If your ballot does not arrive by the time polls close at 7 p.m. on election day it won't be counted. Phillips said voters should ask for absentee ballots sooner rather than later to ensure they get counted.