Defense lawyers say this case could impact how police behave on street. 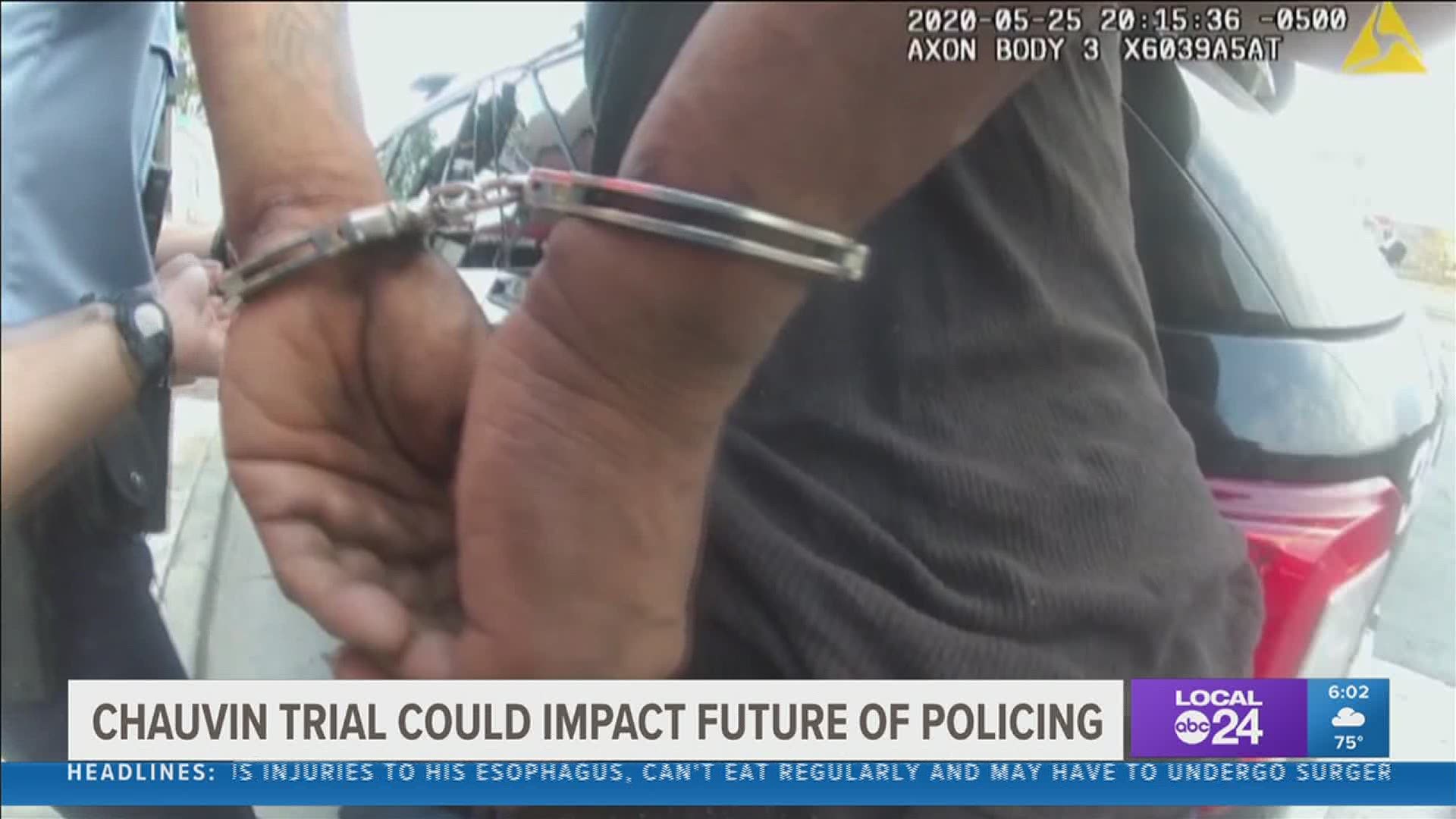 MEMPHIS, Tenn. —
Criminal defense lawyers in Memphis are weighing in on the Derek Chauvin trial in Minneapolis.

This is week the second week of testimony in the former Minneapolis police officer's trial.

Chauvin faces three criminal charges for the death of George Floyd, the most serious charge being second degree murder.

Local 24 News talked to Mid-South defense attorney's about how Chauvin trial could impact excessive force cases across the country.

As the world watches the trial of former Minneapolis Police officer Derek Chauvin, here in Memphis, lawyers tell Local 24 News the death of George Floyd and the trial will likely impact policing everywhere.

"I think that going forward, all these departments and all these officers have to be put on notice that sort of big brother is watching," Art Horne, criminal defense lawyer.

Next witness (final witness of the day) is Susan Neith NMS labs in Pennsylvania.

I believe the drug chemistry will be important to the state to combat the defense assertion that Floyd died from a drug overdose. pic.twitter.com/YerZs5Ksjg

Horne said that's because the police body cameras, cell phone, and surveillance cameras played a role in capturing what happened to George Floyd during his encounter with police.

Horne said for decades what has happened during African Americans' encounters with police haven't always been truthfully reported by officers when filing reports.

"The head bump when they are getting into the squad car, the bullying to get a statement out of someone, the roughing people up when they are being arrested when they are not resisting - they are going to be held to a different level of scrutiny because historically, the public didn't believe that these things happened because it didn't touch them. It didn't affect them," said Horne.

Horne said the public seeing what happened to George Floyd and the state filing charges against Chauvin could change how officers behave on the street.

"Now if I could be criminally liable and lose my job and potentially go to jail, how do I react?" said Horne.

"They are on the guy's neck for 9 minutes. They can try to say whatever they want," said Michael Working, lawyer.

Defense attorney Michael Working said Chauvin's lawyer will likely try to muddy the water by saying Floyd's preexisting conditions factored into his death. From a defense attorney perspective this isn't an easy case.

"I think it's an absolute nightmare scenario defense for the defense attorney," said Working. "A defense attorney spends their life in court trying to prove officers often act inappropriately. They spend their life trying to prove officers haven't treated their people fairly, and then to have the duty and burden of trying to defend this officer is really turning the hourglass upside down on this man's life of work."

No matter what the jury decides, the city of Minneapolis is paying the Floyd family a $27 million settlement.

"When you have jurisdictions that have to pay out millions of dollars to settle these kinds of cases, there is going to be pressure political pressure to conform behavior and operate differently going forward," said Horne.