Do Memphis & the Mid-South need a third bridge over the Mississippi River?

The Memphis Regional Chamber of Commerce says the "crack" and current bridge shutdown is one reason to bring back the discussion on a third bridge. 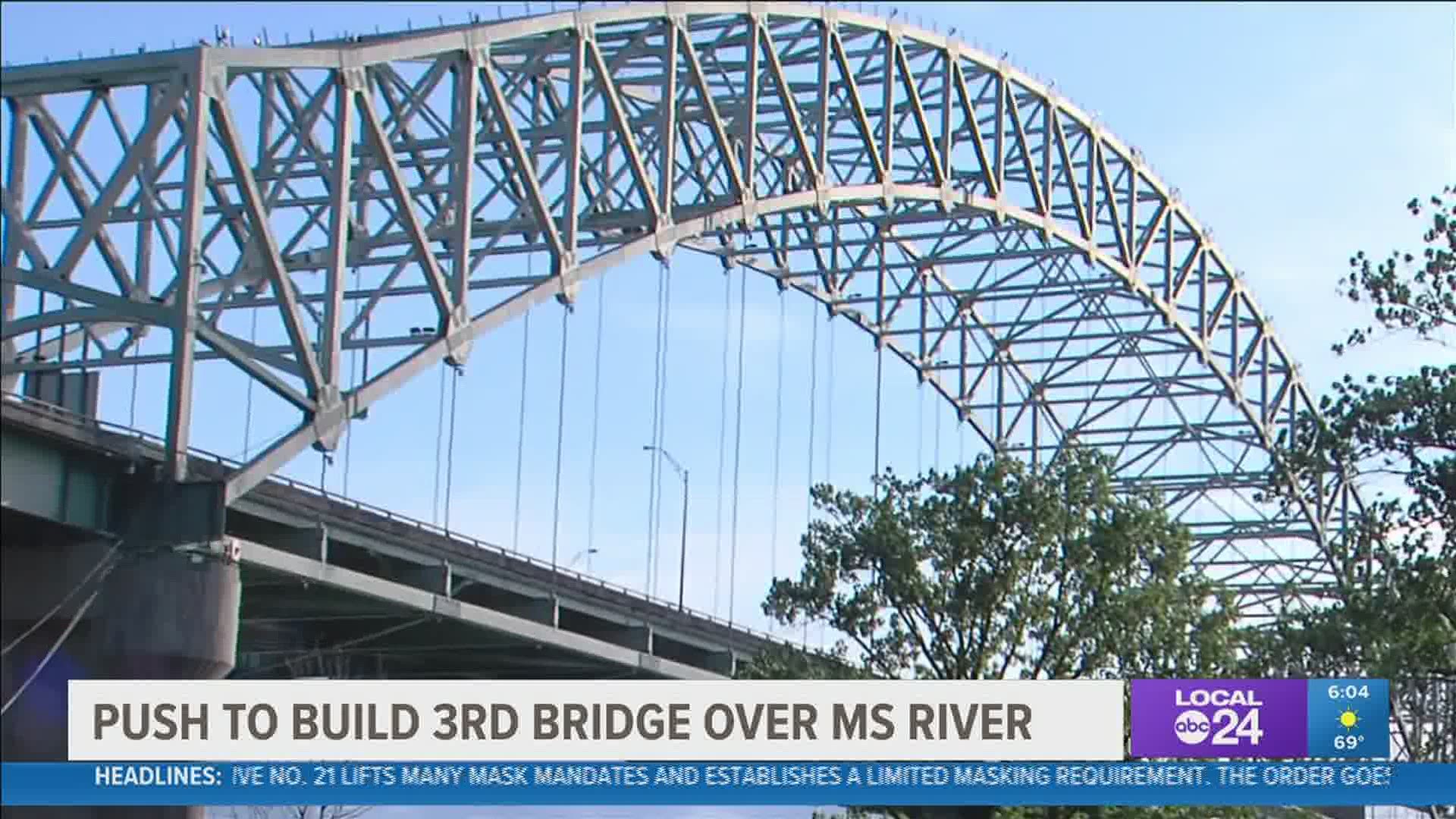 MEMPHIS, Tenn. — The shutdown of the I-40 Hernando de Soto bridge is just the latest reason why many are calling for a third bridge as a travel option over the Mississippi River.

The idea has been talked about and studied off and on for the past two decades.

Memphis is the 3rd largest freight corridor in the country. That's why some said a third bridge is needed.

"Our customers are not happy. Our drivers are frustrated. It takes more fuel," said TLC Express owner Sharon Frazier.

Just two days into the bridge shutdown, Frazier said it's causing big problems. Her Company TLC Express does short and long distance trucking. Her drivers make daily trips over the river to the railyard. What used to be two hours round trip is now taking four or five hours, and she expects it's only going to get worse the longer the bridge is shut down.

RELATED: 'This could be months rather than weeks' | TDOT, ARDOT work to repair & reopen I-40 Hernando de Soto bridge

"There is a real dollars and cents impact to a bridge shutdown, and people are feeling it everyday," said Bobby White, Chief Public Policy Officer, Memphis Chamber of Commerce.

White said it's time to start the conversation once again about building a third bridge in our area.

"There is no period of time like the present to use this opportunity and the attention that has been brought to it to put the planning process in place, to get us where we need to be - because this is not something that is going to happen in two or three years. It's something we have to plan for now and work up toward it," said White.

In years past, TDOT held public hearings on a potential third bridge, but the project was sidelined, in part, because of cost. A new bridge is estimated to cost $1.5 billion.

White said a new bridge would be money well spent.

Frazier supports building a third bridge in the future, but for now, she's trying to figure out how to survive the current crisis.

"Failure is not an option, so we will get through it. Just not sure how we are going to do that yet," said Frazier.

This is the time to have a conversation about fixing what's broken. It's also the perfect time to talk about how we might build back better, make new investments in infrastructure and, yes, consider a third bridge. #buildbackbetter https://t.co/XnPY2NBt9T